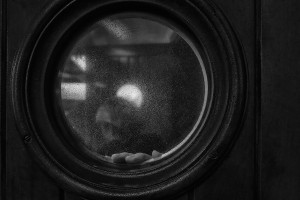 They are waves of judgment

. . crashing against our faces

. . hide from the silent fuck you’s of the street

now it invades your bedroom

through a glowing portal.

The waves are overlapping:

in all our particular theoretically possible states:

the state of face

the state of the instant

the state of the twit

much as the clouds of “i”

that at any given time, an electr[odrone’s]on’s speed

and location cannot be determined:

it will already have [refreshed]—

Be quick about it—Let us catch up—

Otherwise we cannot live up to quantum [social] expectations—

which begs the question: do subatomic particles socialize?

One pettybyte is enough to store the DNA of the entire population of the USA,

while cloning them twice.

According to a futurist, Kurzweil,

[who electroprophesizes that the singularity approaches:

is estimated at 1.25 terabytes

holds the memories of 800 human beings

then the pettybyte holds the cells for 90 people

and at the total absorption rate of 45 bodies

Facebook brings to us the higher exaltations of the exa, zetta, yottabyte

Before you become a posthuman god

. . you must suffer before judgment

The first step to recovery

is to admit that we are powerless

and that our lives have become unmanageable

[without instant messaging [or the space to reminisce]]

Given the nature of estrangement—

psychology has given us 4 ways

to deal with the impact of being unfriended:

The video game of the future

is messaging upon us:

at a million likes 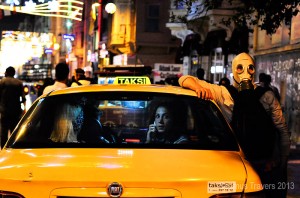 who lived in a ritzy almost condo apartment complex

then he went door to door trying to hand them off

and met, shall we say,

a lack of acceptance.

We’re slipping away from each other.

68.3% of the universe is hypothesized to be dark energy.

but we know what it’s doing—

for me today. It’s not uncommon,

actually it seems the prescribed act to do.

It happens all the time, simultaneously around the world,

I do it too, a door held for ten seconds for the people behind you,

a foot between the elevator door to cramp in a last body,

a friendly reminder to the bus driver, someone is sprinting behind the bus—

While it might not be appropriate to talk to this person,

(I’ve got my ipod on; I’m on my smart phone with my mother; I’m texting)

I can definitely hold the door open for them.

I heard from a Japanese exchange student, studying English in Vancouver,

mitigating the broken abstractions with head nods and much grinning:

That in Japan, if you see someone you know in public

it is proper to dip your head down to your phone

and ignore their presence

As I’m walking through the sliding doors of my grocery store,

I realize the foundational power I have towards strangers

has been stolen from me.

And I start shopping at stores

where the doors are not automatic.

It is said that the number of likes

for posting a narcissistic photo of yourself

is directly correlated in quantity

to the strength of social anxiety

you will feel when treading out

into the non-networked world.

I often wonder about the term “private property”

and if Marxists were insisting with a fervent glee

that on the abolishment of this practice:

that everyone can now walk through everyones’ doors—

sleep in our garages, in our beds, on our lawns,

talk to us in the morning over coffee

and apartment, in the next ten square blocks

for we’ve never met them,

and we’ve still got some coffee we can share,

Bring the thermos, won’t you Emma,

It was Karl, right, could you pull the cookies out of the oven?

How much larger a city would be!

If we could go through the portals

and enter their inner fears

with our own boldly shining

and irreverently ready to have a conversation

about the meanings of “private property” “in society”

or just as easily: “cosmic consciousness”

and “the fate of the universe”

Science has been attempting to disqualify

happenstance as an actual phenomena of the universe:

because they’re afraid what might happen if they don’t.

For a theory of everything would prove

that we’re made of smaller particles than we thought—

and they happen to be separating

It is often said, that the world is shrinking

for we can communicate

to every country in the world

We all understand good deeds.

They’re meant to be quick and easy

They may be getting smaller

but isn’t the whole universe?

And isn’t it our choice

to pull it back together 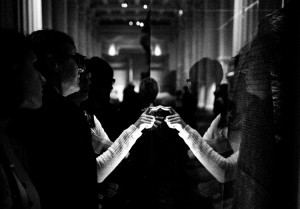 The distance across the city I live in: 3,830 blocks

The distance of dream: the composite measure of reality

The distance across the United States (Neah Bay, WA to Eastport, ME): 3,586 miles

The distance between every human being: unknown ineffability

I feel a vast distance between me and others—

that I’d like to know in more intimate ways.

I’m willing to bridge this distance

at the high arch of this bridge—

where we may slip or slump and tumble down

back to our prospective sides

or linger at the peak:

it’s all about stepping towards the precipice.

some are to people in loving couples

whom cannot express their love

so they hire me to for five bucks

to e-compose what I feel is not cliché to them

for if I was in love—

I would never search the net in doubt of its lush multivalent effervescence!—

It would level novels and chip chapbooks from granite

It would burst twisted snapping readiness

from all the central cathedral ventricles, phantasmagoric rivers

And I could continue—

but why waste the troubadour trapeze

of imagining what isn’t.

While I chase away all the women

I find magnetic on the street

as I sit on my stool

that reads: POEMS MADE HERE

as I ask them each:

“Would you like me to write you a poem?”

I’ve been consistently astounded by the ease of my words

to amaze these strangers (most of them not possible dates)

once they’ve agreed to give me thirty minutes

to compose a poem on a subject of their choice—

When they return, I read it with as much vigor

as I can muster with many gazes in their eyes—

looking up from the handwritten page

as I shock them with the terrifying beauty of language.

I don’t believe they are just being polite

Their reactions are tethered to some essential loss

of the power of language—

that is the poet’s duty to restore,

relinquished to a dusty moratorium

of the university library:

These vast distances exist in the fernweh

of public: wanderlust in localities

how to reach the precipice

in such a way that it is clear

to the potential lovers whom desire

each other in the brevity of interaction

would not raise the barricades

cinch down the ballasts

and if we’re both desperate:

and don’t believe there’s any intellect

than let us make love

we’re all too far

from each other regardless

But what hollow doings:

to clean your flute

and the larger grandeur

Why doesn’t this grandeur exist

at least when you feel it,

ah, but it slips away

as I misconstrue you—

and the steel we are born to

and must I heat my soul

before strangers will visualize me,

we are all beholden to

Hence why I’m a poet

set up on the street

as the tides of the city unknown spill

before me and I seize on the courage to engage—

at least one woman so far has called me bold

and it is this ribald boldness of atrium and word

that I wish to imbue

into this vast distance

we are not mere insects

hive-minded, but not telepathic

each stuck to our separate clock gear’s tooth

as we all grind pass

Sure we may attempt a “hi” once in awhile

if the neurotic stars align between our nervous systems,

the pavement, and social expectations—

and we can strike up a conversation

as it burns out, waiting at the bus stop

and certain people by pigheadedness or grace

or the combination of both forces

stalling the drop for a few seconds—

as we gaze over the dark flowering abyss

slow to recognize the wildflower fields

where we wouldn’t allow age

to slow our contingency:

In the event of disaster:

an absurd foot in the mouth

a rejection slip of the tongue

to someone we thought we knew

and buried in their face:

hence why we hide our feelings

in our gaze, and look away,

from the stranger approaching

inside all of us:

We who will shorten the vastness

with the scaffold of proximity—

—Proxima Centauri urges us so—

—as much as dream, the moon,

For there is an entire audience

They multiply by the day

into distances that exist

by every direction, thus every distance

Ian Forsyth is a poet, novelist, film director, and community organizer out of Portland, Oregon. After working nonstop since Earth Day 2014 against the world’s largest chemical corporations for November’s election, he plans to drop out as a bohemian for eight months in Europe, gathering the necessary rest, relaxation, and inspiration for his fourth novel. .