The One Who Calls You John by Martina Young

It’s just like a night out, a pretty blonde, an actress from Australia, tells us. The striking girl beside her, a painter with wild curly hair, laughs.

Artists find their ways here too easily, I often think. We tend to be less scrupulous, more used to bending ideals to fit the day, more flexible with morals. I suppose we’ve had to be. Empathy is our drug, and we’re all of us addicted. We see too much, feel too deeply, to keep to black-and-white.

Another girl rolls her eyes. I haven’t had a night out in three years, she says, and I’m definitely not counting this as a replacement. There is an edge to her soft voice, like cotton candy gravel, that the rest of us are careful to skirt around. She’s been doing this the longest – for almost as long as she’s had an autistic son.

Under the table, we are a knot of limbs. We are so many bodies crammed together, just flesh to be picked over, bought and sold. Sometimes I no longer know which pieces are mine.

But this is my last night here. The last night of three months. I have enough for a downpayment on a rental, and to pay off debts, and get me solvent again. Enough. It’s not enough to hit the ground running, but it’s enough to stop in my steps, to coax my legs out from the routine of gyrations. It’s enough to find my feet, and I’m grateful.

It’s strange, isn’t it it? Most of us come in seduced by easy money, and visions of Louis Vuitton bags, and dinners at Nobu, and medicine for sick sons. Yet we leave thankful that we can even find our feet.

It’s only when the world collapses around you that you really get to see what’s been holding it up. It’s when you see your foundations, the pillars on which the essence of you rest.

Because the slow collapse is every bit like the striptease I’ve taught myself to do, to withstand on a nightly basis. The extraneous things make everything pretty and exciting, but they don’t matter, in the end. Most men don’t even remember the color of your bra – and if you’re doing your job right, maybe they shouldn’t.

It could be worse, one of the veterans shrugs. She speaks as if worse was a gradient on which our lives must necessarily fall.

Martina Young holds graduate degrees in Literature and Creative Writing.  She moonlights as a corporate drone to support her literary habits.  She currently lives in New York with her British philosopher fiance and their godling son. 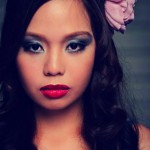