A wave on the ocean
by Samantha Memi 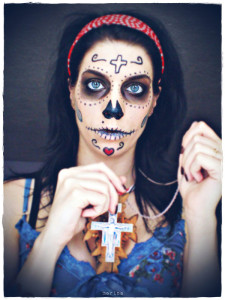 I was standing on a bridge looking down at the river, thinking this would be the best place to end it all. Nothing dreadful had happened but I didn’t like my life. I didn’t like me. I failed at everything. I had no friends. No one loved me. If I could get rid of me there would be more space for someone who deserved to be here. I looked down at the water. It was oily and dirty; I realised if I jumped in I could get a disease.

I wondered if there was cleaner river; drowning in clean water must be better than drowning in water that’s oily and probably contains faecal matter. I didn’t want a mouthful of urgh just before I passed away.

So I went home. I checked online and found the cleanest river in England was the River Wye. An ominous name. Would I think Why as I plunged in? and if I did would I have an answer ready? It would be a long answer. I’d probably drown before I could finish. I’d say, Because my life has been a failure for a very long time, every relationship I’ve had ended in tears, I cannot hold onto a job for longer than a few months, my mother never loved me and… glug glug glug.

The river was on the border between England and Wales. That was a five hour journey. A one-way ticket on the train. Why would anyone go to Wales to die? If the ticket seller knew why I was going would he look at me with pity? I hate pity. But it was a clean river.

I needed to find a bridge. There were seventeen but I couldn’t decide which would be best for suicide. I wanted a friendly bridge I could say goodbye to as I left its safety. Not one which showed indifference in its stance. I found an elegant road bridge at Chepstow with graceful curving arches. I wanted to die somewhere pretty so when I travelled to the afterlife, wherever that may be, I would have a nice picture in my mind.

I went to bed happy, intending in the morning to buy a rail ticket to Chepstow, have a look round the town, not to buy souvenirs, just to look, and then to go to the bridge and throw myself into, what I hoped would be, sewage free water.

At three o’clock I woke up, dreaming about an octopus who wanted to kiss me. I got out of bed and checked in my dream dictionary. It said: Seeing an octopus in your dream shows an entanglement in a difficult matter. Well, yeah, suicide, which I thought would be easy, was turning out to be more difficult than I had imagined. For kiss it said, If you kiss a stranger (I’d never met the octopus before) your dream was one of self-discovery. I couldn’t think what I would discover in the tentacles of an octopus, but maybe I just needed to find someone else inside me.

I decided to put off bridge jumping for a day or two to give myself the opportunity to find a new me, or maybe an old me that was better than the me I was. Then I went back to bed and didn’t wake up dreaming any more.

In the morning I went to the park and I sat on a bench and watched the children playing and the young mums chatting and I felt jealous. Why couldn’t I be a young mum? Why did I have to be alone, on the outside looking in. I’m sure I’d be a good mum if somebody would give me the chance. When I say chance, I mean someone who would get me in the family way, but I had little hope of that.

I walked to a café, bought a latte and sat at a table. On the table was a leaflet about Mediterranean Cruises. The ship looked very nice, the crew all in white, with big smiles and white teeth. It cost £1,209 for 12 nights. I hoped that included days. It went to lots of places, Italy, Greece, Albania. I didn’t know Albania was near Greece. I had never really thought where it was. I suppose if someone had asked me I’d’ve said Russia and I’d’ve been wrong.

I decided there and then to go home and book a cruise. I could have a nice time, and on the last day, jump in the water and drown. True, it would be salt water which wouldn’t taste nice, but even the cleanest river would have fish, in fact the cleaner the river the more fish there would be, so if I got a mouthful of river water it would have fish pee and worse in it. So I might as well go for salt water because the salt would be like a cleanser. Also if I drowned in the river somebody would have to get me out which wouldn’t be very nice for them. But if I jumped in the sea maybe a shark would eat me. Though I hoped it would give me the chance to drown first, because if I was still alive I wouldn’t want to be eaten by a shark.

I booked a cruise and a flight. All my savings. But I wouldn’t have any more use for money. I had to fly to Rome to board the ship which was very exciting. I’d never been to Rome. The eternal city. Though for me obviously it would only be a temporary stay. I packed my bags, I wouldn’t need lots of stuff, and got the flight to Rome. I thought I would have a day to look round, but a special bus met the special plane and whisked us on a lightning tour of Rome, the Coliseum, Palatine Hill, Roman Forum – over there you can see the Vatican – before depositing us at the ship’s side.

My cabin was small, but I wasn’t expecting the Ritz. I went to dinner and found my allocated place. As I was looking at the menu a handsome man sat down beside me. He seemed a bit shy and didn’t speak. I’m shy too, so I didn’t say anything either.

Then I asked, —Would you like to look at the menu?

—I already have one, he replied.

So I felt a bit stupid.

—It’s a nice selection, he said.

After dinner we went to a dance together and we danced. Then we went to our cabins and he kissed me. He wanted to come into my cabin and but I didn’t want to  seem easy so I said no. Although if he’d kissed me again I’d probably have acquiesced; I mean I wasn’t long for this world so what difference would it make.

We met the next day; not by arrangement, but by my searching for him all over the ship. He was sitting on the deck, reading a book.

His face lit up when he saw me, which made me feel all warm inside.

—Get a chair, he said, —the sea air is wonderful.

—Isn’t it just, I said, wishing I was better at conversation.

I sat beside him.

—What are you reading? I asked.

He showed me the cover of the book, Friendsville.

—Is it good, I asked, realising it was a stupid question because if it wasn’t he wouldn’t be reading it.

We looked at the sea and he asked me where I was from and I told him, and I asked him where he was from and he told me. Then we went to lunch, and we talked about the food. As I chewed he told me he was an accountant.

I said, —How exciting!

—Yes, he said, and asked me about my job and I told him I was unemployed, but I used to be a nurse. He said I didn’t look like a nurse, and I said, —What does a nurse look like, and he laughed.

In the evening we went drinking and when it came to say goodnight he kissed me, and he kissed me again and his hand slid up my skirt and my legs opened, but he only stroked my panties and slid his hand round to my bottom. I was glad I’d showered and used jasmine body lotion.

Then, disappointingly, he slid his hand out and said, —Goodnight; tomorrow we dock at Naples.

I wondered why he couldn’t dock with me. But at least it was a start and I went to bed happy and didn’t dream of octopuses, but his kisses stayed on my lips all night.

In the morning I went down to breakfast and saw him with a girl, and as she left, he kissed her, so I went over to him and stared at him and he said, What’s wrong, but I didn’t say anything because I couldn’t think of anything to say. I mean why shouldn’t he kiss girls, so I just stared. Then I said, —You bastard! I’ll get you. Just you watch me. And I walked away from him really fast, and went out on the deck, checking he was following, and jumped over the railing and plummeted down to the ocean.

I know I’d paid for twelve days, sorry nights, and I’d only had one, but I thought while I’m in the mood I might as well do it.

I suppose I should have thought, Goodbye cruel world, as I plummeted down but all I thought was, Oh shit, I didn’t leave a suicide note. Maybe he won’t realise why I’ve done it, and he’ll just carry on with his life in the same old way. Although I had no idea how he lived his life, maybe every day was different for him, and his adventure with me was just a normal event.

I hit the water and went under, lots of bubbles and wobbling in my ears. I came up flustered and gasping. I looked up and saw David. He shouted, —Samantha, she’s my sister! He grabbed a lifebelt and threw it to me. I went under, and when I came up I shouted, —Help! and the lifebelt hit me on the head and I went down again, and that was the end of me.

Samantha Memi lives in London. Her stories have been published, or are forthcoming, in Fiction International, Gemini Magazine, Thrice Fiction, The Cortland Review and Birkensnake. Her writing can be found at http://samanthamemi.weebly.com 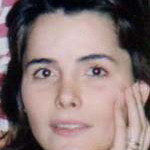