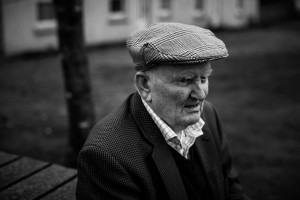 ‘What can I get you?’ said Clem, leaning over the bar.

‘Same here, none of that fancy stuff for me,’ said Murphy.

Clem looked dejectedly at the rows of multicoloured bottles of alcopops he had bought, hoping to attract some custom from the local teens.

‘Have one yourself,’ John said, putting a twenty euro note on the greasy bar.

‘Luck on the horses, you know how it is. Got to take our pleasures where we can these days.’

‘You’re right there,’ Murphy said gloomily, ‘everything “sucks” as my son is fond of telling me. “Sucks what?” I always ask but he just sighs and walks off with a big apathetic head on him. I had to go buy books for his course today, look at this rubbish,’ he picked up the bag at his feet. ‘The Odyssey, The Oresteia, The Symposium.’ He slapped each book down on the counter as he struggled to pronounce their names. ‘What good will this do him? And I’m supposed to pay for it all.’

‘Kids, eh?’ said Clem lining the pints up like honey coloured soldiers. A TV buzzed in the corner of the small pub, and a few tables had regulars at them but there was little else to disturb the dark lethargic air. ‘Have you had any more trouble with that daughter of yours?’ asked Clem.

‘Plenty. She reckons she loves him now.’ Murphy launched into a clearly rehearsed rant. ‘Her and her worthless boyfriends, but this one is the worst! Didn’t finish his schooling, on the dole for two years and won’t even come to visit her, she has to go to him like a harlot!’

‘No respect these days,’ murmured John.

‘Anyways, she got offered a job doing TEFL in Korea.’

‘Teaching English to them foreigners,’ said Murphy, glaring at Clem for the interruption. ‘Máire and I told her to take it, lucky to get anything the way things are at the minute, but no! She says she’ll miss the lump of a boyfriend on the couch back here. Sure, he’ll probably still be there when she returns, bedsores and all.’

They sank into silence. The air conditioning whirred smoothly. It had almost bankrupted him so Clem was determined to use it, never mind how cold it got. State of the art system, first pub in town to get one. It would get rid of the smoky atmosphere and all those health conscious city types would come flooding in for his carcinogen-free air. He’d make a killing, no doubt about it. Two months later the smoking ban was introduced. It had been obsolete ever since.

‘Funny thing is love,’ said Murphy. Silence. They drank their pints. All were married but Clem’s children were adults whereas John had none. ‘You’ve never said a truer word,’ said John, wiping his mouth on his sleeve. ‘It’s not like the courtship we used to have. We respected the girls, go to a dance all proper, with civilised music,’ sympathetic nods at this, ‘walk ‘em home, all that jazz. Courting took bleeding months but it was worth it.’ All of them smiled, their cold memories of rejection and loneliness frosted over with a rosy sheen.

‘It’s a different world these days,’ said Clem, pulling another round. ‘When I lock up here of a Friday night I can see all the young gels standing on the streets wearing less than a yard of clothes between them. They’ve no self-respect anymore. If they don’t catch pneumonia it’ll be one of them STI’s.’

But who gets the blame?’ said Murphy. ‘Men, that’s who, for “taking advantage” of them. All in the name of the aforementioned love. It’s a disgrace, that’s what it is. I’m out for a fag, can’t take much more of this doom and gloom.’ He stood up abruptly and staggered out the back door. On his way he was jostled by a crowd of teenagers coming inside.

John turned to look at them, new pint in hand. There were two young fellas and two girls, couldn’t have been much more than sixteen. They sat down in a gloomy corner. One boy came up to the bar. ‘Two WKDs, a Bacardi and coke and a pint of Bulmers.’ He stood there, downy fluff worn proudly on his upper lip, defying Clem to ask him for his age card. Clem frowned and got the drinks, secretly delighted that he was selling some.

‘The colours in them drinks would hurt your eyes,’ John said, draining his pint glass and picking up Murphy’s untouched one.

‘Never seen the attraction myself,’ said Clem, ‘Too much sugar, they’d melt your teeth.’ He began to polish glasses. ‘You ever been in love John?’

‘Nah, fell in lust pretty often but I don’t reckon love had anything to do with it.’

‘Still, your missus is looking as handsome as ever.’

‘Yeah, she’s a fine lady,’ said John smiling fondly into Murphy’s half finished pint. He rifled through the books on the table. ‘The Symposium eh? “A challenge to conventional Greek viewpoints on the nature of love.”’ He muttered. The teenager’s conversation was loud and animated. Their voices took up a lot of space.

‘Did he ask her out?’ a blond girl asked.

‘About time, they’ve been dancing around each other for days, it was beginning to get tedious,’ replied a boy, sprawled out on the couch with his arm thrown across her shoulders.

‘Well, I’m happy for them at least,’ said the boy who had ordered the drinks. John gazed at them in the way only an old man on a barstool can, surveying his property. They seemed the same as any other kids he saw these days; all talk, no substance. ‘It’s nice that they’ve found true love,’ said the blond girl.

John snorted into his drink. True love? At their age? They made it sound so common, summing it up with monosyllabic platitudes like that. He swung his stool back to face the bar and flicked through the book. How had things swung so radically in favour of the youths of the country? They sat there with no cares, no worries, drinking a mockery of alcohol with pocket money thrown at them by their parents, thinking they knew everything.

‘Children, eh?’ Clem said gazing over at them. ‘It’s TV’s fault, you mark my words.’

John finished off Murphy’s drink. When he was sixteen he had to work for hours down the fields with his Father to earn the money for a pint. His eyes skimmed the book’s pages. It was second hand and was highlighted with pink marker. Trust Murphy to save his cash for drink. He placed the glass down on the bar just as Murphy came back in through the door shivering and rubbing his arms for effect.

‘Jesus Clem, it’s colder in here than outside. At least I had the cinders of a fag to warm me out there.’ He sat back down. ‘Did you pour me that pint?’ John stared inoocently at the book.

‘No, the essay isn’t due till Friday, we have loads of time.’ One of the boys raised his voice, adamant.

‘Swot!’ was fired back at her from the boys and John snorted. No respect.

‘What did you think of McGowan’s class today?’ asked the blonde girl hurriedly trying to change the thread of conversation, ‘I bet Patrick will be reciting some of those poems to Denise soon enough.’ Hard to tell if that was sarcastic or not, John thought.

‘Leave off Sarah, he’s not gay,’ said the boy with his arm around her shoulders. She laughed and moved closer to him as if he’d paid her a compliment. John felt someone tapping his shoulder. ‘What?’

‘Jesus but your away with the fairies. I was just saying since I was probably due to buy a round I’ll let you away with drinking my pint. You can get me back some other time.’ John looked up at his grizzled face in surprise. ‘You sure? Thanks.’ He smiled and turned back to face the teenagers.

‘I liked those poems though,’ said the boy that had hitherto been silent. He had a nervous demeanour with downcast eyes, though he kept glancing in the blond girl’s direction. The two other boys made gestures behind his back.

‘You poor sap,’ murmured John. The girl hadn’t even looked at the quiet boy. ‘He likes you gel, maybe even loves you but idealises you certainly. But you’ll throw yourself at the first passing piece of meat that treats you wrong cause you’re worried of what the others will think.’

‘You ok John?’ said Clem, ‘Only you’re talking to yourself so I’m going to have to ask for your car keys. I can’t let you drive like that.’ John reached into his pocket slowly and pulled out his keys. He detached one with a Toyota symbol and put the others back. He felt very weary. The other two were looking at him, concerned. This wasn’t like John.

Some lines near the end of the book had caught his eye, glowing with pink highlighter.

Love is the desire to have the good forever… Love’s function is giving birth in beauty both in body and mind… this is how mortal creatures achieve immortality, in pregnancy and giving birth…

He looked over at the teens again. They had no clue, none at all.

After a long time Murphy stood up.

‘I’m off home now boyo, I’ll walk you to the square, get a taxi for you there.’ He drained his pint and pulled his coat on. ‘See you tomorrow evening Clem, alright?’

‘Alright, mind you get home safe.’ Clem came out from behind the bar and began collecting used glasses around the room. ‘Up we get,’ said Murphy, pulling John’s arm around his shoulders.

‘S’alright, I’m fine,’ John mumbled shuffling along towards the door. On their way they passed the teenagers.

‘I’m going to get more drinks, I’m barely tipsy,’ said the curly haired girl. She was desperately trying to redeem herself in their eyes.

‘Gonna get locked eh?’ said the boy with the moustache.

‘Anything to fit in, eh?’ John said, thinking of his wife and how she still cried when she saw a newborn. He couldn’t give her one.

‘What’s that John?’ said Murphy as the boy glared at John and turned to his friends. ‘Who does he think he is? Bloody auld fella.’ But it was all in the background now.

When they got out in the fresh air the alcohol hit John full force. He staggered towards the taxis.

‘Tell me about it, haven’t I got two of the bloodsuckers at home.’

‘None for me thanks, no kids. I got off lightly there didn’t I?’ he hiccupped. ‘No kids to worry about, no family, none at all. Just me and the missus and that big old house.’

‘Yeah John, you’ve got the high life.’ Murphy opened the door to a taxi and gave him directions to John’s house.

‘Big empty house and no family, no-one that cares,’ muttered John as Murphy helped him into the front seat.

‘What are you on about? Your missus is a sterling lady. Nothing she wouldn’t do.’

‘Yeah, you’re right,’ said John smiling slightly, not realising the door had closed. The taxi was moving and Murphy was making his own way home. ‘Lovely lady, lovely empty house. No kids to worry about.’

He sighed and looked out the rain speckled window.

Katie McDermott is from County Meath, Ireland. She reads and writes everything but favours fantasy and science-fiction. She has a Masters in Creative Writing from TCD and has previously been published in A Thoroughly Good Blue, The Spaces Between, Sentinel and Not one of us. She is currently trying to get her first novel, Beggars’ Belief, published. She lives off coffee and writes late into the night. She can be contacted through her website http://katiemcdermott.com/ 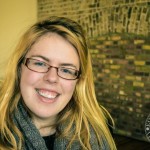