Stick on Stone
by Michael Gallagher 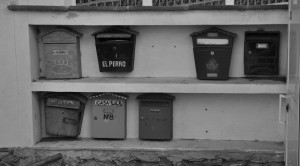 We knew each other only as men

Emigration saw to that:

Him in London, me in Achill

Me in London, him in Luton.

Even living together, we remained

Strangers in a rented room,

Robbed of our relative roles.

Sure, there were memories –

When Mick, the Yank, called;

We straddled a low stone wall,

Talked of Wimpy and McAlpine,

The boy was man!

A lunchtime booze in Wandsworth;

Three of us now living in London,

Yet chatting only the once.

Unequally, but with good humour,

Padraig was always his favourite – and mine.

After the emigrant’s dreaded summons:

“Come now, while he still knows you”

Between the awkward silences,

And he survived – again and again.

I almost made it, that last time,

Got to Westport before news

Of our final silence.

Now, as I walk in Dromawda,

His gnarled stick, a stolen spoil,

Michael Gallagher, a multi-award winning Irish poet, has been published worldwide and translated into 5 languages. 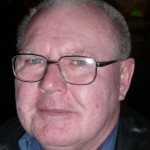