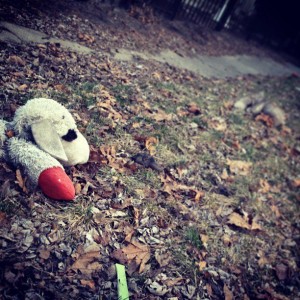 When you’re following a girl home but you’re not actually following her, you just happen to be taking the same route, and the girl keeps glancing sideways to see how far behind her you are, which you assume is her way of gauging what she believes to be the proper space a stranger must keep, and you call this method “rape distance,” and people—girls, especially—hold varying opinions on what necessitates acceptable rape distance, and you notice that, like you, she is a brisk walker, but you are more than brisk, in fact you walk fast as hell, even with the limp you acquired after falling off of a table drunk, and you’re pretty sure she thinks you are trying to catch up with her when, really, you’re just doing your usual fast-as-hell speed, but the limp doesn’t help, in fact it probably makes things worse, for her, because nobody likes being trailed by someone limping, nobody, but you can’t help it, you limp faster than most people walk, it’s science, and at least you don’t trot, which is bad because a limp can be explained (trotting, not so much), and things get interesting when the girl takes the same exact shortcut you take, and at first you are all, “Oh no,” but then you’re like, “Screw it. Why should I change my route for her? I also have somewhere to be. Why should I be late?” and this of course is a lie because you have nowhere important to be at any particular time, almost ever, and so you decide to take the long way, but since you walk-limp so fast and because the girl has taken the shortcut going at what seems like a slower-than-normal speed for a human being, you both wind up at the same intersection, and it’s super awkward because the light is still red, so you think you should say something, to break the tension, but all these thoughts about rape distance have jumbled your brain, and what comes out is, “Look, I wasn’t trying to rape you,” and your mind goes shit shit shit, “Follow! I meant to say follow!” and the girl just stares blankly, perhaps reaching into her purse for mace, and you go, “It’s just that we have the same route. Shit. Look, I’m sorry,” and you limp on ahead of her, fast, and you’re too busy apologizing to notice that the light has changed, and some great force carries you through the air before dropping you on your head in the middle of the street, your bones collapsing in on themselves like poorly constructed IKEA furniture, and your mouth tries pushing out its last breath, the words “I’m sorry,” which gets millions of YouTube views under the title “CREEPY APOLOGETIC RAPE GUY HIT BY CAR,” and then you die.

BRIAN ALAN ELLIS is the author of The Mustache He’s Always Wanted but Could Never Grow, 33 Fragments of Sick-Sad Living, King Shit, and Something Good, Something Bad, Something Dirty. His writing has appeared in Juked, Crossed Out, Zygote in My Coffee, Monkeybicycle, DOGZPLOT, Sundog Lit, Connotation Press, Vol. 1 Brooklyn, That Lit Site, Diverse Voices Quarterly, Out of the Gutter, flashquake, NAP, Electric Literature, The Next Best Book Blog, Entropy, Revolution John, and Atticus Review, among other places. He lives in Tallahassee, Florida. 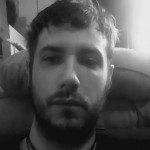