Other Spaces: On Grief and Wayfinding by Hilarie Ashton 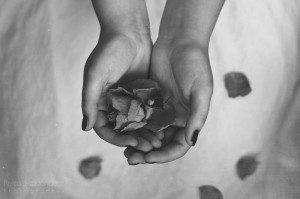 When I moved to New York after college, I stopped referring to my mother’s house as “home,” and it used to quietly rankle her. I don’t remember her exact words, but I remember that she would get upset when I said “home” and didn’t mean New Jersey. She used to persuade me to come visit in winter by saying that she’d turn the heat up, or, any season, that I could help her weed out things to donate (still two good ways to get me to leave Brooklyn). I would sometimes consent and sometimes wave it off, full of early twenties narcissism and the seeming importance of my own busy life. Nearly ten years later, my mother is dead, and I have found new ways to live a happy life even without her.

I am the only child of a single parent, the product of a lot of love, a lot of care, and a sperm bank that allowed a single woman to get sperm in the early eighties. Mom used to say that if she hadn’t been upper middle class (and probably, white), they wouldn’t have let her do it. She’d been in a long-term relationship that ended, as she used to tell me, in part because he didn’t want kids. She was 32, with tenure and a mortgage, and she decided it was time.

Her water broke when she was in a meeting with the president of her college. She went back to her office to call her OB/GYN, who said, “Do not pass go. Do not collect $200.” Go to the hospital. She hadn’t started Lamaze. Her baby was born two and a half months early and spent most of that time in the NICU. Throughout my childhood, Mom and I used to read the journals she kept together, and I remember one year listening as she read and I washed the dishes. I started sobbing for that little baby who almost died. The last time she read it to me was Mother’s Day 2012, two months after her diagnosis and seven months before her death.

Mom died in her sister’s house, nine months after her diagnosis. The winter sun shone brilliantly on the snow as she lay in her bed. The last four days of her life, she was mostly not herself. Her wit, her humor, her intense caring for others were fading – all she had energy for, I now realize, were the basic actions of biological life. There were exceptions: even amid her fading words, she mouthed my name. And a day or so before she died, her brilliant smile outshone the sun as I sat next to her bed and stroked her hand. It was the last time I saw it, and it was just for the two of us.

I didn’t expect to find new communities after Mom died: I didn’t expect to make any changes beyond muddling through her loss. I thought I’d be lying on the floor as a matter of course, energy sapped and motivation gone. I call those times the Toad Cave. That is when all you can do is flop under your grief and let it spread out and settle in your chest. It has deep roots, your grief. It darkens everything, creating the cave, and you have no energy, so you have little choice but to lie there like a toad. Sometimes the grief is stronger than I am. It wants to sit, so I sit. I spent the first month after her death doing a lot of lying down, going through as many of the motions as I could manage.

Much to my surprise, the lethargy isn’t constant. The pinioned part of me surfaces sometimes, but more often than not, I am on the go. Some other part of me decided to take up kickboxing and to restart my yoga practice by becoming certified to teach. The kickboxing community is one of the strongest I have found in my decade in New York. My mother died in January. By March, I was kickboxing every day. I remember the day I fell in love with it. It was the day after my uncle died. I had hidden myself two rows of bags away from the trainer, trying to learn the combinations without anyone seeing me. Now, I train right next to him. Sometimes he asks me for yoga advice, and we trade jokes and workout ideas.

I also started graduate school seven months after my mother died, which is a stronger intellectual home than even I had imagined. As one of my mentors reminded me recently, my mother knew I was going to quit my job and attend the program. I remember how strongly she beamed with pride when she told people about it, even as she reminded me to come up with a practical back-up plan in case the job market wouldn’t pan out. I am pursuing a Ph.D., and if all goes according to plan, I will become Dr. Ashton, just like my mother. I attended my MA hooding ceremony because she wanted me to, and I know I’ll feel her presence when I cross this next academic threshold. Though my scholarship and colleagues are important, I sometimes feel most like my mother’s daughter when I’m teaching. There, I am Professor Ashton, just like she was, and I gesticulate and joke and give serious recommendations and encourage shy students to talk and use the whole room and moderate discussion – just like my mother used to.

The digital homes I have found are smaller but similarly warm. Facebook became a haven for my expressions of grief while my mother was sick, and through that, I picked up some friends I have never met. Now that I’m back in school, I have friends and colleagues across the country who work in similar areas; we sometimes get to see each other at conferences.

My grandma made a quilt for my mom decades ago called “Nancy’s Houses.” On a field of sea-foam green fabric, she embroidered small images of each house my mother lived in up through graduate school. They moved around a lot when my mom was a kid – and I never thought to ask her which house she considered most her home. Knowing her, she would have probably chosen one of the ones she lived in with me.

When my mother called to tell me she was considering hospice, she apologized for not being able to tell me in person. I was pacing my apartment, and I laughed off the apology with a sob. She said a lot of things in that call that are only for me to know, but her demeanor was something I’d like to share: she was calm and loving and only concerned for me and my well-being. When I cried that she wouldn’t be there to see me get married, she said she would. And now, over two years later, I know: she’s always there. Anytime I do anything, her spirit lived in me. She courses through my DNA, she’s there in my laugh, and her parenting has made me woman I am today. Anytime I try new things, or tell someone I love them, or get angry at injustice, or do mundane things, she is there. That’s the kind of we had for each other: it can’t be stopped. It can’t be precisely located. It’s throughout all things.

Hilarie Ashton is a student in the English Ph.D program at CUNY Grad Center, where her focus is embodied writing, pedagogy, memoir, and 20th/21st century literature and culture. She received her MA from the John W. Draper Interdisciplinary Master’s Program in Humanities and Social Thought at New York University; her focus was on critical and cultural theory. She received her BA in English and philosophy from Williams College. A proud Brooklynite, she teaches yoga, tutors writing, and kickboxes in her spare time. 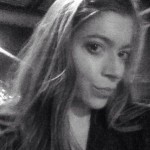