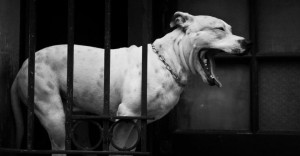 It started in Tír na nÓg. I didn’t go there by choice, but so little was left up to me those days. I was sleepless for the first hundred hours in New York, and by sleepless I don’t mean not sleeping but somehow free of sleep and its claims on the day. My journey through time zones had added hours to my life and that was good. The tiredness and the strangeness were good too. I was happy, following like a child again, not caring what I ate, what I smoked, where I was led. Freedom can be passive like this, a sudden ability to do what you would normally find unbearable. I wouldn’t have chosen this bar – a cheerless box somewhere down an alley in Queens. Not even in New York. Not really. Just where the guide-book city was I couldn’t say. It was like a parallel kingdom, nearby but inaccessible, beyond some railway bridges.

But Tír na nÓg is where the lads from home drank, and they said it was alright. Above all else, I wanted to find out which things were alright and which were not. I guessed that I would be indulged for the length of that first weekend. My cluelessness was still good currency, my every question the funniest ever. Can we take a bus to the bar? Hilarious! Will the taxi take all six of us? You’re not in Lifford now son!

By Monday morning the fun would be drained from them, sweated out along with the beer. And God help me if I asked a question that showed up their own ignorance. But these were my guides – Colm in particular. Watching him, I began to map the chasm between what was alright at home and what was alright here. That I should be staying in the apartment unknown to the landlord, and paying a small rent to Colm. That was alright. The time he headbutted the taxi driver and screamed at us to run for it. That was alright too. We wouldn’t be in that part of town again soon, and the driver was more frightened of the cops than any of us.

Colm did surprising things, even agreeing to be a tourist for a day, to show me the sights. He quickly tired of the tour of Ellis Island, but livened up when the guide spoke of the few who were refused entry, who were shipped back to Italy or Ireland with the next return sailing. Having already paupered themselves and their families to buy their passage, they were sentenced to something worse than exile – to return in shame.

‘Why were they kicked out?’ Colm asked, sniffing something exciting – pain, a wound.

‘Oh, the wrong politics, mental feebleness and that kind of thing. Sometimes they would just say the wrong thing at the wrong time. Someone would ask them “Are you an anarchist?” and they’d say “Yeah. Sure I’m an anarchist. Ain’t everyone in America?”’

Colm’s laughter rang through the cells where the feeble ones had hoped and fretted. It bounced back at us off bare walls. ‘Losers!’

Colm’s heroes in life were the exact opposite of the returnees. Never a wrong move. Maxwell was such a person. The lads talked about him all the time. I sat back, picked out what words I could through the din and drunkeness and wondered again at how upside-down things were here. Shame at home was transformed into glory here. You boasted about it. Maxwell left Donegal without an arse in his jeans…big apartment in Manhattan. Ye want to see it, boy…teachers told him he was as thick as poundies, just goes to show… What sort of car is that teacher fella drivin’ now? Sure, what does Maxwell care if he’s legal or not? Ye think he wants to register for tax! What does he do? What does he not do! Shut your trap Shamie! Shut it! He’s comin’ over.

And there he was. Strange that Colm had mentioned school teachers, because Maxwell had that air about him, the stiffness of a master meeting former pupils in a pub.

‘Here’s one fresh off the boat,’ said Colm, his arm around my shoulders.

‘Is that so?’ said Maxwell. He said it three times, like a teacher.

‘More like dazed, off the plane,’ I said, but I had to repeat it twice to make myself heard, and by then everyone had forgotten what Colm had said.

‘Very good. Very good,’ said Maxwell, freeing Colm’s arm from me and leading him across the room to stand under the silent television and talk business. Colm nodded a lot and looked serious. After a minute or two Maxwell turned and left the bar, giving a president’s wave to the boys from Lifford. Back came Colm.

‘I’m going to let you buy the drinks, Shamie boy, for you are no longer unemployed.’

‘I’ll drink to that. But what am I employed at?’

‘All ye need to know is that we’ll be on Queen’s Boulevard tomorrow mornin’. No need for workin’ duds. Nice easy work.’

And we drank to that. To nice easy work.

7.30 am. The two of us shuffling and coughing, standing by a Polish deli, it’s windows festooned with bleached out pictures of Pope John Paul. A van appeared, rusty and consumptive like hundreds of vehicles that collect Irishmen from streets such as this one and carry them in silence to jobs in construction. Colm was all orders now, telling me to read a hand-written flier pasted to a lamp-post beside the deli. I had already read it. I could recite it. It was a warning to the animal lovers of Queens, alerting them to the theft of dogs and advising them to keep their pets indoors. It was signed Maspeth Animal Watch.

‘No, Shamie boy, takin’ them. Or rustlin’ them, as they say out West. Yep, me ’n you is dog rustlers, pardner. Now don’t! Don’t give me that look. It’s a doddle. Throw them some food. Pet them a wee bit. They’ll come runnin’. They always do.’

Our argument was cut short by the arrival of Lou, who was our driver and who was simply monstrous. Six foot with something to spare and thin as a herring. A silent stand-off followed while I gaped, aware I was doing so but unable to stop. Lou understood that I found him freakish and returned my stare, waiting for the novelty to wear off, again. He had presence.

‘Where are my manners?’ asked Colm, the suburban host. ‘Shamie, this is Lou, and what he doesn’t know about mutts isn’t worth knowin’. He was a dog-catcher with the city for … how many years Lou?’

But Lou had returned to the van. Colm legged it to claim the passenger seat and left me to perch on wooden slats in the back, stunned by the death-rattle of the engine and Lou’s choice of thrash metal.

I might have been blindfolded for all I can say about our journey – a gradual crossing from banal poverty into compelling poverty, the streets as pocked and pitted as any back-road at home. Houses boarded up here and there until finally the abandoned places outnumbered those with signs of habitation, a skinny clothes line or men sat in sullen meditation on their porch. Skint as I was, I felt like the pampered son of an old-money family, behind enemy lines. Never again will I feel so white.

So I was relieved when Lou pulled over and explained our duties. Colm was to make sure that locals didn’t get away with the get-away vehicle. I was to stay in the back of the van, where Lou would throw kidnapped dogs to me. I was to inject the contents of a syringe into them.

‘I find the ass region useful in that regard,’ Lou advised, ‘but whatever works for you.’

By noon I had injected eight dogs, German Shepherds, mainly, a few Pitbulls and one muscular Labrador, all taken from the backyards of poor black folk. ‘It’s a bad job when someone steals your guard-dog,’ observed Colm. Lou muzzled the dogs before bringing them to me, so my work was safe and easy. The sedative would take effect instantly, the dog’s eyes rolling like orbitless moons, it’s strong legs buckling before collapsing ‘like an Irishman on pay day’. The comparison belonged to Lou, whose nationality was anyone’s guess.

Like all tradesmen, Lou had a jargon of his own. He talked of ‘biters’ and ‘barkers’ and ‘come-to-daddies’. Absorbed in this technical detail, I asked how Maxwell was going to sell the dogs.

‘He don’t sell ’em. He takes ’em to a big old house in Jersey, ties ’em up and damn near starves ’em – kicks and pokes at ’em too, to get ’em good ‘n riled. Then he’ll throw ’em some sissy little thing like a poodle or a spaniel, to blood ’em you know? Takes the meanest ones to dog fights all over the state, and further too. Only Maxwell calls them canine combats. It’s just a sideline, sure, but plenty people pay top dollar to see two big dogs rip one another apart.’

Colm was saying something, trying to make it alright. I was looking at the sleeping dogs and weighing things up. What would happen if I walked, threw the syringe away and headed back for Queens? Colm would surely order me to leave the apartment, for showing him up in front of Maxwell. And beyond that was a long noose of nothings. No money. No friends. No place. Straight back home like an Ellis Island loser. Colm was still talking. I suppose he was telling me how the dogs were underfed and abused by their owners anyway. Sure, they couldn’t afford to feed themselves. We were just putting the dogs out of their misery, and making a bob or two at the same time. And we wouldn’t always be doing this. If we delivered the goods, kept clear of the cops and kept our mouths shut, Maxwell was sure to promote us to greater things.

That must have been what he said, but he needn’t have bothered. I can think those things up for myself.

Antain Mac Lochlainn is a writer and translator from County Derry now living in Dublin. He has published a novella in Irish and short fiction in English in journals such as WordLegs,Poetry Bus and HeadSpace. Twice shortlisted for RTÉ’s Francis McManus Short Story Awards, he has won prizes at Listowel Writers’ Festival, the Irish Writers’ Centre Lonely Voice Competition and Oireachtas na Gaeilge literary competitions. He has completed an historical novel (Merchant of Souls) and is currently working on a second novel set in contemporary Dublin.