This Is Not a Dog Story by Sandra Ramos O’Briant 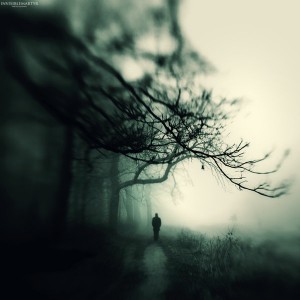 At the front door, my husband slips the choke collar onto our new dog.  Our trial dog.  The rescue organization promised an exchange if Gina didn’t work out.  We had expectations.

He attaches the metal leash, but holds up the end where the leather handle used to be.  “What happened to this, Lydia?” he asks, demands really, as if this is the capper to his horrible day.

“It broke today.”  I unfasten her old leather collar from around her neck, and hand it to him.  “Slip the end of this through the loop at the end of the leash.”  Gina whines, urging us to go.

Dan sniffs like he smells something bad.  “I don’t want to touch it.”

“It’s hard to hold the leash without it.”

He freezes, his jaw clenched.

I throw the collar aside.  It’s no use arguing.  “Well then, you handle her.”

Gina, the probable pet, is euphoric, lurching forward every step of the way.  He grabs her tail.  “Slow down, Gina.  No!”

“Say heel.  We have to agree to use the same language with her.”  We’ve only gotten as far as the sidewalk in front of the house next door.

“I tried that.  She understands slow down and when I pull her tail.”

We had this same discussion about our last dog, a Boxer with a mercifully short tail.  Also about disciplining our children.

“Consistency, Dan,” I say, without enthusiasm, or hope.  “She’ll learn faster.”  It’s as if I hadn’t spoken; he’ll do exactly as he pleases.

Our first dog died the month before.  All the kids are grown and on their own, and Mary was the last link to their childhoods.  It had been just the three of us for over a year.  Dan and I had sobbed, separately, alongside her bed while she failed.  We’re solitary beings, leading parallel lives that rarely intersect, except for the children and the dog, but we had embraced in our sorrow.  Then life returned to normal, we retreated to our citadels, and silence reigned again.

I’d brought Mary home fifteen years earlier without discussing it with Dan, so it surprised me when he insisted on getting another dog the exact same breed and even the same fawn coat. He was turning fifty and had been moody and depressed.  The primary care of a pet would fall to me, but he said getting another dog was the only thing that would snap him out of it.  Dan collected photos of Mary taken from all angles, even her rear, in order to judge pet candidates at the rescue center.

I looked over the folder as we drove there.  “So if I died, would you look for a replica of me?”

“I’d never replace you.” I looked out the passenger window and smiled at the passing scenery. He said nothing.

This dog wasn’t an exact copy of Mary.  Actually, she wasn’t even close, but we couldn’t find a duplicate of our old dog and settled for Gina.  We were good at making trade-offs.

“I’m not sure we should keep her,” he says now, and outlines her faults:  she doesn’t know how to play, her teeth are bad, and she isn’t protective of the house.

“She understands no,” I say.  “A little too well.”  Dan likes that about her, but Mary had spunk, could even be sneaky.  “Speaking of dogs, I read about a woman who has thirteen dogs.  She said that she prefers them to humans: no compromises, no negotiation, no disappointments.”

“The interviewer asked her if she has any men in her life.”

Dan doesn’t respond.  He often does that.  I let the subject drop and our silence expands like a sponge, full to overflowing until it must be squeezed.  I squeeze.

“She said she’s learned unconditional love from her dogs.”

We walk the remaining two blocks to the grocery store without speaking, except for my request that we cut through the alley.  Otherwise, we’d have to walk down a busy commercial street.  “Gina might have to poop, too,” I say.

“Eliminates the need for the decoy.”  My eyes shoot to the plastic bag hanging ostentatiously out of his back pocket.  There are poop vigilantes in our town and Dan believes in keeping up appearances.  He always brings one with him, even though he has no intention of scooping.  “Also the clean-up in the back yard.”  Which he also doesn’t do.

I show him where to tie her up and we go into the store.  It’s 7:30 p.m., the doldrums by grocery standards.  The serious cooks who had a plan for dinner have already surged through.  Now, singles and the elderly and the two of us stare listlessly at picked-over produce bins and freezers full of meals requiring only a microwave.  My plan is buttered popcorn and a root beer.  I don’t care what Dan eats.  He doesn’t like my cooking, and he’s given up dictating how-to’s over the phone since I told him that all I hear is, “Blah-blah, blah-blah, blah.”

“You always want to take alleys!” Dan says, struggling with the dog.  She’s straining at the leash wanting to sniff her favorite trashcan.  He pulls her tail.  “No!”  Gina sits and looks at him.  If she had eyebrows, they’d be raised.  “Why do you always have to walk the alleys?”

I lower my voice.  “The dog needs to crap, Dan.  Do you really want to have this discussion here?”

“I just don’t understand it,” he says, exasperated.  Gina looks from him to me.  Our sons used to do that.

I have a quick vision of people sitting in their backyards having a civilized drink after eating their planned meals with their loved ones.  They listen to us and shake their heads, as if they know that our two sons are grown and gone and our real dog is dead.

We stand there.  I could just walk along with him, go his way like I always do, but in another quick flash I imagine a wordless couple marching along with their pretend pet between them.  Alone together.  I turn away from the vision and walk in a circle on the edge of the alley, like a dog on a tight leash.  Then I face my husband again.

I keep my voice low and even.  “Do you want to go your way and I go mine?”

We take separate paths.  I walk slowly and feel my body and my breath, double-checking my decision: the alley is boring without the dog, but I prefer boredom to disillusioned silence.

I exit the alley and watch Gina and Dan up ahead.  He’s charging home not really enjoying the walk, just accomplishing a task.  He has her on a short leash, forcing her to walk at his side.  He doesn’t let her stop and sniff the trees or the fire hydrant.  I consider letting him keep her after I leave.

No, she’ll be happier with me. Dan will be too busy finding my replica.

Sandra Ramos O’Briant’s first novel, The Sandoval Sisters’ Secret of Old Blood, won first place in two categories at the 15th annual ILBA, 2013: Best Historical Fiction and Best First Novel. Her short stories and creative nonfiction have appeared in numerous print and online journals. There are links to a few at www.sramosobriant.com, as well as excerpts from her novel. 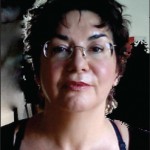