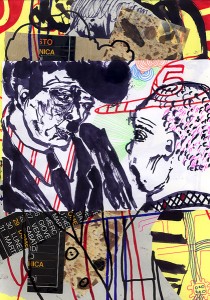 “Welcome to the Land of I Don’t Give a Fuck.”

That was the first thing he said to me. And as I stepped into the efficiency apartment behind him, I thought the place really did look like the Land of I Don’t Give a Fuck. The coffee table was buried under geological layers of fast food wrappers. The off-white sofa was heaped with dirty clothes and mottled with brown smudges and ominous black burns. The blue shag rug underfoot was speckled with cigarette butts like so many bird turds. The stench of mildew and BO was so fierce it nearly made me retch. On the far left was the door to the bathroom. I would do my best to stay out of there. I knew that was where Jeremy kept his junk. If I saw it, I couldn’t trust myself not to flush it down the toilet, and if I did that, he’d never speak to me again.

“Have a seat,” he said. He brushed a pile of rumpled shirts off the sofa and plopped down.

I sat down across from him in a white plastic lawn chair—the only other place to sit in the room besides the coffee table and the floor.

He lit a Parliament, took a drag, and eased back into the sofa. “So what brings you to Casa Jeremy?” he said.

He considered this and took another drag. When he reached out to tap ash on the floor, I couldn’t avoid seeing the palimpsest of scars in the crook of his right arm. The sight made me wince. “I’m doing fine,” he said.

“You look like you’re dying,” I said. It was a terrible thing to say to your kid, I know, but it was true. His turquoise eyes were sunken and vacant, drained pools. His cheeks were stretched and smattered with scabs. His body was all bones—a grim jumble of jutting angles and knobby joints. His baggy T-shirt and jeans couldn’t hide the emaciation. “Twenty-four is too young.”

“No thanks,” he said. He hacked into his shoulder.

He leaned forward and pointed his cigarette at me. “I want you to leave me alone,” he said.

I remembered when Jeremy was seven, when he locked himself in his bedroom and said he wasn’t coming out until his mother and I changed our minds about the divorce. He stayed in there two whole days. I finally had to break down the door. I found him in his closet, curled up under his favorite yellow blanket. He said the same thing then: “I want you to leave me alone.” And I did. I always did.

Jack Somers’s work has appeared in Midwestern Gothic, decomP magazinE, Prick of the Spindle, The Atticus Review,Fewer Than 500, Litro, Maudlin House, and Flash Fiction Magazine, and is forthcoming in Jellyfish Review, Sick Lit Magazine, Firefly Magazine, and Rum Punch.  You can find him on Twitter @jsomers530 or visit him at www.jacksomerswriter.com. 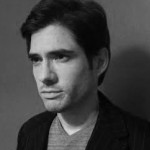