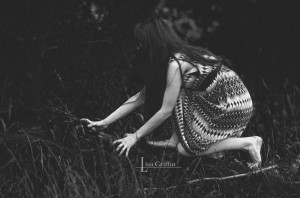 Now, we’re alone, just me, you and

the cold stone face that reminds

me that you are gone.

My face is dry but not for want

of washing with the salty rain.

If the stones beneath me glittered now,

they would not reach my eye.

Tight and aching, my chest shudders

in the desert of my eyes.

Your voice was the music of making light,

a song of spilled milk and laughter.

when you left us.

Your voyage down the black canal

was without ceremony or pomp,

as you’d have wanted it.

That I could have seen your face

a well-read book, and just watched

for one last time—

I hope you’re happy with the bed we made,

I hope you sleep well.

Walking away, I feel and hear

the rumble of the obituary train,

ready to burst forth and hit me.

I am not ready.

The noble bearing of the pigs

was no concern of the butcher’s sons

as they set to work in the forest of Katyń,

disposing of the tainted stock,

stained with the blight of intellect.

They kept their records in clean ink,

ordered, they drove the muddied trucks

to the grave. They took the pigs in ones,

brought them to the burial pit,

too much meat in its moist mouth.

The forest grew on the mounds of pork,

filled with flies and became tropical,

that blew in the face of the unseeing war-gods,

and, then, from the trees, came the gorillas,

testing the sounds they had learned from the ghosts

of the pigs of Katyń. Finding them good,

they called the ancient forest magics

and transfigured the mumbles and murmurs to roars,

rushed from the forest and unfurled their fists

to fill their hands with earthed lightning.

Once upon a summer’s day,

my dad was on the roof.

“My boy, we come from noble stock,

this slating is the proof.

Once these slates were slated on

a castle out the way.

Our ancestors were justices,

the nobles of their day.

But then they tore the castle down

and used the stone elsewhere.

and more right here in Cahir.

You never know, until you look,

where history may be found.”

And then he ripped some slating off

and tossed it to the ground.

Once upon a summer’s day,

my dad was on the roof.

He told me of my noble stock,

then shattered all the proof.

Dean Buckley is a writer of fiction and poetry, originally from Cahir, Co. Tipperary and currently living in Galway City, where he studies creative writing at the National University of Ireland, Galway.  His interests include browser games and competitive debating. He has previously been published in ROPES, Verse Kraken, Revival and A Hundred Gourds. 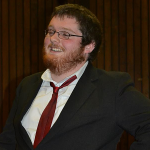