It’s not what good girls do
by Rozz Lewis 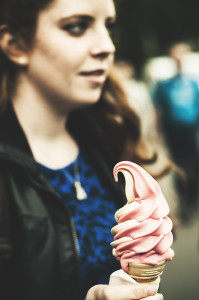 You’ve been seeing a psychologist for years. He has told you that it would happen suddenly.

“Your recovery will grow stronger and stronger until one day you will feel quite normal about sexual intercourse.”

He had almost understood what you needed from him. You wanted to be able to think about Molly and those girls without having an urge to run away. To be able to eat an ice cream without gagging.
“In fact,” he carried on. “You may find that she has changed and grown up.”
Molly had seemed so mature. She knew about boys and blow jobs before anyone else. She had bought a Calippo ice lolly and showed you all how to pop it open out of its packet.
“It has to be a Calippo,” she had said. The girls had nodded along with her.
“How about a Loop the Loop? Could you use a Loop the Loop?” you asked.
She started the laughing and the others followed.
“You really don’t have a clue, do you? It’s totally the wrong shape, you know.”
She got boys easily and this made you want to learn quickly. You stopped asking questions and accepted her knowledge. Though, you wondered how she was so popular when she was the least pretty out of all of you. Boys must like those things she does with the Calippo. You had believed that for years after.

You hadn’t seen her in over ten years and you go up to her at the ice cream van when you see a break in the queue. She is holding a whipped ice-cream cone, dipped in hundred and thousands. She is trying to capture the sweet juice that is coming from the peak of it but some comes down and onto her shoes and the floor. You smile at her as you order a Loop the Loop. She smiles back. You are ready to give her a chance and you hand her a napkin to wipe her grotty mouth with.

“Still a good girl, I see. I’d have thought you’d have loosened up a bit,” she replies.
So, you tell her that although you’re glad she’s not eating Calippos anymore, that she looked stupid with it going in and out of her mouth. Then, you tell her that you know now that the shape actually doesn’t matter. Finally, even though you know she is not pregnant, you tell her that ice cream contains egg which may not be good for baby and that a Loop the Loop might be better for her in her condition. You walk away from her as you enjoy your ice pop, not one shard of the chocolate falls off, it all goes in your mouth.

Rozz Lewis is a primary school teacher living in Carlow, Ireland. She runs a literary blog at rozz.ie and is a member of the Carlow Writers Group. Her stories have been published in the group anthology What Champagne Was Like and Wordlegs “Post Celtic Tiger” special issue magazine in 2013. She was shortlisted for the New Planet Cabaret on RTE Radio 1 and long listed for Fish Flash Fiction and Short Story Publishing Prize 2013.  She is currently working on a group anthology in conjunction with Carlow Libraries, KCLR FM and John Mac Kenna, playwright. 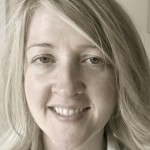