These Confidences
by Steven Gowin 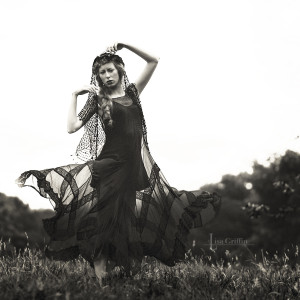 Francis Bailey and Patricia Belotti, although a promising couple, had never discussed the Mob, nor mentioned the world of the Fey, nor ever really shared a trust.

Trisha’s father, Paolo Belotti, born near Castellammare del Golfo, Sicily, had at age 15, along with two brothers, made his way to California where the boys settled and eventually bought land to grow Carignan grapes. They were among the first modern winemakers in the San Joaquin Valley.

In the mid sixties, the other Modesto wine brothers bought out the Belottis’ winery but left Paolo and his brothers their vineyards. The transaction may have been a Sicilian thing or not… Trisha would only say that the families had known each other for 30 years, and that the Belottis did well selling their harvest.

Once though, over a third glass of red, she said that when she was little, the San Joaquin had suffered a peach glut. The fruit’s price had dropped and dropped and her Pop and uncles, seeing an opportunity, applied for permits and licenses, rented space, and bought distillery works for peach brandy.

They’d had fine trade for a few years, but with peach prices on the rise again, brandy profits down, and a good offer from an outfit in Dooly, Georgia, they’d shuttered the business and trucked the works off to Dixie. Then they’d waited for payment, and waited, and waited. And so the story ended.

Frank, anticipating the finale, the way the Belotti Brothers had anticipated payment, waited and waited too, and finally asked what had happened? Trisha, however, would never say.

In fact, her Dad and Uncles, had had to send “some men” to the Peach State. These “men, Sicilian men,” as they were known to the family, had collected the money owed plus interest plus expenses and returned to California by way of New Jersey.

Frank met Patricia when he moved to San Francisco at age 24 for marketing work at a dot com startup.

He’d grown up in St. Paul, not far from the Fitzgerald house on Summit Avenue. Unlike the Fitzgeralds, however, the Baileys were protestants… Scots Irish, from Bailieborough, Cavan.

Father and Grandfather Bailey had dispatched wheat and ore trains for the Great Northern. Great Grandfather, Éamonn, had worked the line from its inception, had known the Hills personally, and somehow, directly and often, addressed James J. Hill, the Empire Builder, as “Jimmy Jay.”

Frank’s bachelor kin, Éamonn, who shared his given name with the Great Grandfather, still lived in Cavan but often visited his American cousins where he played the professional Irishman, regaling Bailey children with tales of fairy lick bewitchings, wee folk, and banshees.

Éamonn claimed he owned wild Kait Sís, sorceresses who’d shape shifted eight times over to cats, but who, on the ninth transformation, by rule of the Fey, must remain animals, must retain the feline form.

A Kait Sí wears all black fur with a white star on its breast. And, without the gift of milk to appease her, will thieve a dead person’s soul before it can fly to heaven. For this reason, wakes for the deceased are always necessary. Only Baileys could handle such dangerous creatures, he said, he kept three.

Éamonn also claimed the Bailey gift for estimating horse flesh and a winning mount; he said his father had taught him and his father’s father and so on, all about thoroughbreds, and once he even pantomimed the process for Frank.

Palm down, Éamonn had lifted up a hand as high as a stallion’s withers. Then stooped, as if to reach the invisible back of a forearm where he stroked down to the invisible fetlock ending the demonstration with the exclamation, “and there!”

Trish, upon hearing of this Bailey acumen, this equine savvy, had waited quietly but finally could stand it no more and broke out with the question of whether the Baileys had ever won money at the track?

Frank answered how could he tell? He’d not been to a horse race nor had Éamonn nor any of his family as far as he knew, and wasn’t the track nearest St. Paul probably down in Chicago now? How silly Trisha was.

But Frank had asked Éamonn the same question. And in laconic reply, characteristic of real and usually reticent Irishmen, Éamonn had lowered his head, glanced left and right culpably, and whispered, “We never…”

Patricia Belotti and Francis Bailey, without examination of where it had gone off track, ended their relationship amicably only a few weeks after exchanging these confidences.

Steven Gowin is a corporate video producer in San Francisco. Recently his work has appeared in The Mojave River Review and Red Fez. Gowin has few talents but speaks French with a good accent and France is often asked for directions and taken as Dutch. These, however, he questions as positives. 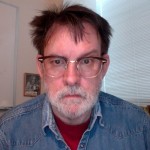