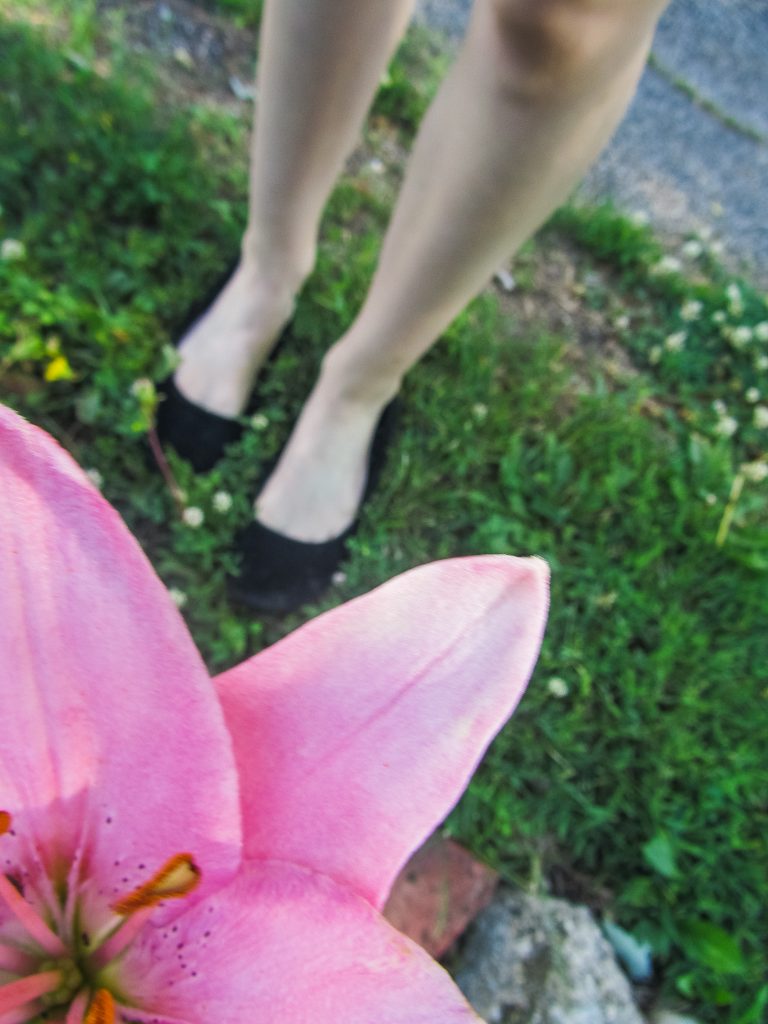 You take a deep breath and place the cold tip of the tampon to your you-know-where. “I guess,” you say.

But you are not okay. Because how can you be okay when you’re shoving an unfamiliar object up in a place that, when you saw it, you thought, it’s a dark, endless cave!  Who would venture in there?  And you thought you’d find it beautiful because that’s what your 7th grade science teacher said.  And when Billy Temple clasped your hand and took you into the broken elevator on the second floor that’s only supposed to be used by handicap kids and fingered you, you hated your cavernous you-know-where even more.  You wanted to die.  You wanted to die because you were wearing your day-of-the week underwear of four years.  You wanted to die because they said Thursday on a Monday.  And you wanted to die because he didn’t ask permission.  And he stuck his finger in your you-know-where and you were as dry and sterile as the doctor’s office you ended up in.  Because you bled.  And you thought it was your period, but it wasn’t.  It’s because Billy Temple didn’t ever cut his fingernails and poked inside of you like he was trying to pop a balloon.  The balloon is your cherry.  And he kept whispering that too, let me pop your cherry.  But you don’t think he understood what he was talking about because he’s 14.  But you didn’t understand either, because you’re 14.

But you had to go to the doctor because the moment that you didn’t understand left cuts inside you from Billy Temple’s fingernails.  Your mom sat by you the whole time.  And every time the doctor left the room she’d say, “You can tell me if you aren’t a virgin.”  And you’d say, “I swear, I am” and she’d scoff, “Just what a slut would say.”  And as you sat there in the doctor’s office, wanting to scratch your you-know-where because it itched, you wondered what a non-slut would say because that’s what you were, are!  And you’d try to cup your you-know-where to dull the pain, but then your mother yelled, “What, are you masturbating?” and you wanted to die again.  And you weren’t even wearing your day-of-the-week underwear because you weren’t wearing underwear at all.  And ironically, it was a Thursday, but you threw that pair out.  You stopped liking Thursdays.  You stopped liking most days.  You stopped liking most things because Billy smiled at you in class.  Because Billy would leave notes on your desk saying your you-know-where smelled nice.  And when you didn’t accept his invitation to homecoming, Billy left notes saying your you-know-where smelled bad.  Billy told his friends.  Billy told his friends that you smelled like Arthur, the kid with Down syndrome who peed his pants and ate lunch in the cafeteria with an adult.  Everyone knew that was an asshole thing to say, but it’s high school and everyone is an asshole.  Billy spoke the common tongue.

You threw out the rest of your day-of-the week underwear.

Then you got your period and wish you hadn’t thrown it out, because at least you could have bled in them.  You wanted to bleed in them because you didn’t want your mom to know about your period.  She’d call you a slut.  She found out anyway, after you bled through the last bit of toilet paper you used from a school bathroom stall onto her sofa.  You were a slut.  And your mom told you if you used a tampon, you were a bigger slut, because that meant you wanted it up there.  Boys can sense that, you know.

But today, a tampon is all your friend has.  And you want to stop bleeding onto folded up wads of one-ply toilet paper that stick to your pubic hair and between your labia.  You look down at the tampon and for a moment, it looks like your you-know-where where is smoking a white, pearl-colored cigarette.  You almost expect to see a puff of smoke and hear your you-know-where say, “better luck next time.”  But you don’t have next time because swim practice is in eight minutes.  You push it in.

You think of Billy’s long fingernail.

You wish there was a day with no name.

Julia Gerhardt is a writer from Los Angeles now living under an electric blanket in Baltimore.  She has previously been published in Rogue Agent, Flash Fiction Magazine, Monkeybicycle, and others. 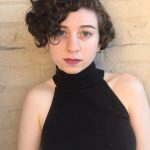