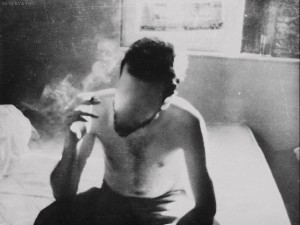 76 of 79 people found this review helpful

For one thing, it’s pink.  I mean, I know you don’t have to get it in pink, but the site’s got the button right there and it’s way too easy to click by mistake–and the picture doesn’t even change color when you do!  So you’re stopped at a red light using your old piece of crap phone to order a new one, and your girl’s in the passenger seat complaining about today’s version of nothing, and the light’s turning green so you hit the ‘buy’ button and pop!, it’s a week later and you’re yelling at FedEx to get this fucking thing delivered ‘cuz you’re going out of town for the weekend, the flight leaves in a couple hours, and you’ll barely have enough time to stop by the Sprint store before.  When the box finally comes, you rip it open and this little pink brick falls into your hand looking like your girlfriend’s lipstick got left in the sun, and your girl’s offering to lend you just the right purse to make the outfit work and laughing in your face, which she says is turning pink as the phone.

The camera’s crap, too.  After racing your late ass down to the airport, you have to use your handsome superpowers to persuade the airline chick to hook up the boarding passes and hold the plane, and the whole time your girl insists on snapping pictures of you with this phone you asked her to hang onto for a sec, and later as you’re going through security check, she shows you the pics and says you have the cutest puppy-dog eyes when you’re begging like a little bitch.  Who could blame you for saying that looking like a little _anything_ would be progress in her case considering that 5:2 diet she’s been cheating on still hasn’t gotten her back into those skinny jeans?, but she does in fact assign you a boatload of blame and exacts her revenge by asking you in front of the TSA guy–with Academy Award-winning worry–‘you didn’t bring it with you, right?’  And if there’s one thing you find out for sure that day, it’s that your nutsack is not wired to any improvised explosive devices, a lesson in molestation brought to you by Uncle Sam and this phone’s shitty camera.

Which is almost as bad as its user design.  Did they even test this thing for real-world conditions?  Did they ever consider that the average recently fondled man might have to sprint past 20 airport gates, rolling his girl’s oversize bag behind him (praying that they won’t give him too much shit for carrying it on), leaving him only one hand free to both drag his girl along and text message back to Freddie that if the club for tonight doesn’t have bottle service, then he shouldn’t have booked it in the first place?  Did the phone wizards ever think that the airline chick holding the plane would give our hypothetical every-man the most merciless ‘bitch-face champion’ stare-down while complaining that he’d need to turn his phone off?  Under these conditions, wouldn’t it have been the absolute fucking tits if these brilliant phone designers had positioned the ‘airplane mode’ button so that a person could click it _before_ his side dish calls him and the factory-set phone ring whoops like an air raid alarm, and his girlfriend recognizes the phone number, sounds off about ‘that fucking finance groupie,’ and then starts laying a stone wall of silence six feet thick?

But they didn’t!  These phone geniuses laid down on the job and trust me:  getting the silent treatment from a pudgy swimsuit model while enduring the angry glares of a hundred obnoxious passengers doesn’t make the long walk down the airplane aisle any shorter.  The last row of first class could not feel further away–sorta like sinking slo-mo to the bottom of the ocean with this shitty phone like an anchor in your pocket.

Really, did they have to make it waterproof?  Worst feature ever.  Because after the plane takes off, and you finally promise the right earrings that entice your girlfriend to re-agree to take you to Mile-high Country–which was the whole damn point of flying down to Cuban Freddie’s party in the first place–and you walk her to the bathroom around a metric ton of grade A evil-eye that the stewardess dumps in front of you, and you’re crouching over your girlfriend’s chubby body bent over the john with one knee up on the sink, and you’re finally shimmying and shaking off your pants, trying to enjoy yourself even though the stress is threatening the romance, and your girl is like ‘just put it in already’ but there’s a knock on the door from some old biddy with a small bladder and serious lack of consideration, and you twist your body to pound on the door back at her and tell grandma to take her ass to the other toilet, well that’s when this pink brick of a phone might just drop out of your pants pocket into the john and start looping a slideshow of the pics your girl took of you begging like a little bitch back at the airline counter.  Waterproof pictures.  Infinite loop.

You know what you should do then?  Take my advice.  Leave this fucking phone in the crapper for granny to use as target practice, leave the bathroom, take leave of your senses and lobotomize yourself with rum for a few days.  And when you get your ass back to the homefront, get yourself a new phone, a new girl, and a new Cuban friend who doesn’t have such a hard time finding a real goddamn mojito in Miami.

You can do better than this piece of shit.  It’s got nothing you want in a phone.

Henry Presente’s work has appeared in SmokeLong Quarterly, Harpur Palate, Word Riot, The Columbia Review, Curbside Splendor, and other journals of impeccable taste. He has been nominated for the Pushcart Prize, eaten enchiladas in the White House, acquired peace of mind from a holy man (for a very reasonable price), and clinked beers with a gold-toothed dancer named Jesus Christ, who couldn’t wait to dig his tired toes into a sandy beach come the weekend. 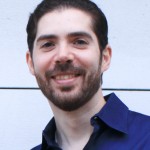