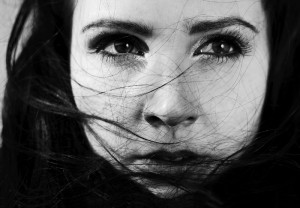 I dream sometimes of sending the Moon back in pieces

I remember sifting our thoughts

through our teeth at night

with the essence of each other

until Midnight found my tongue

tripping on the jazz of your flesh.

you had a rabbit heart then,

before the Heroin, before

I have spent every waking moment

racing as far from your memory

but years are far –

further than I go,

and I think this marathon is over.

there are astronauts still waiting to meet somebody

bouncing their electronic morse code out to Neptune

beckoning the Mothership to get here

and get here QUICK!

so she dreams of chopping her tongue off

giving it to the Salvation Army

so nobody will ever know

that the City of Dallas warned her

they say when we sleep

we are students of the dream.

we are teachers of the dream.

of sending the Moon back in pieces

to reverse the tides

just for THAT year.

when I meet your lips with mine.

but time has become a Rorschach test

sometimes I see you flexing your heart

a black hole, taking my ability to love with you.

sometimes I don’t see you.

sometimes Gravity is getting stronger

soon my sanity is going to crash down

with the urgency of napalm.

soon I am going to unbind the gravity

you have on me from six feet down

so I can breath in Space

and who knows – maybe I will get caught

for forty years and an eternity

in the vast wilderness of Tesla’s dream.

perhaps, it is too late for me

because a long time ago

I was buried with you too.

spontaneously combusting at the wonder of it all

my childhood was hijacked by planes and desert conflicts

the way my father’s childhood was a cold war in Asian jungles.

the only thing me and my father shared was fear;

and the sirens that told us to get under a desk

hands over our heads

because everyone wants to believe

that surviving disaster is as easy as ducking for cover.

that has been in mutation against itself for generations,

consuming its host and shitting out McDonald’s wrappers

sometimes when I think too much

about how I do too little for this world

sometimes I have to do that to keep from

spontaneously combusting at the wonder of it all.

get a good fever and that is close enough to boiling

you know, turning into steam.

we are all pretty close to being taken into the clouds

and being dumped over Montana in the mountains.

four planes and the weight of two wars

were dumped over Texas

to rain on me and drown me

of what little innocence

Joschua Beres (b. 1987) is a Texas native of Louisiana French-Creole, Irish, French-Canadian and German ancestry. He has previously been published in Bohemia, Every Day Fiction, The Kitchen Poet / UndergroundBooks, the anthology Milk and Honey Siren and Voicemail Poems. Future work is slated to appear in The Eunoia Review. Joschua is a US Air Force veteran and currently serves in the Texas Army National Guard. He currently resides just south of Austin in San Marcos, Texas. 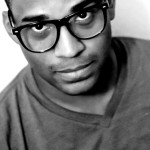