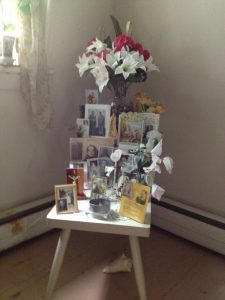 The cow jumped over the moon, but when she landed it crushed her legs.

That was the version my sister told me, when I was only six. It was a horrible image and gave me nightmares for weeks. But the idea of twisting storylines stuck with me. Years later, when I was an adult, it became my livelihood:

No relation to the band. Every relation to my sister, Wendy, who died at seventeen, leaving me as the only daughter. In her absence I could rewrite her history to anything I wanted to, and really I wanted to. Because I missed her. I missed her so much I needed to negate her by writing her out of my own life entirely.

We grew up in a standard middle class family, but in my new history Wendy was born to parents in a traveling circus. She became the psychic who stood in the ring and knew a person’s deepest secrets. For her act she took the hand of an audience volunteer and then disclosed the information to the crowd:

You love auto-erotic asphyxiation. You do it on Tuesdays with the woman who’s not your wife.

The woman who is your wife looks up from digging in her purse. At first she thinks it’s a joke but then remembers something you said once, long ago—

People volunteer because Wendy’s act is billed as disclosing a long-lost object. Little do they know that object is frequently their moral compass.

But it was in this way that my sister was not only erased but also redeemed, to me, for losing her own moral compass. For loving a boy who was a criminal and a junkie.

For getting shot while shooting heroin, snorting the big white horse.

When you wake, you shall have

All the pretty little horses—

Fuck you, Sis. You left me so now I fuck with other people. I do it at TwistedSister. They pay me to do it. Can you believe it? Can you? 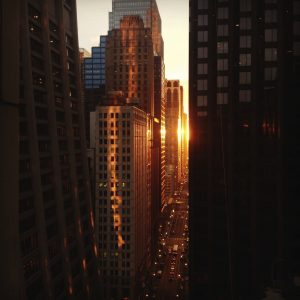 If you’re a person who wants my services, you have to use the form on the dark web website. There is no personal contact because it’s just too weird otherwise. And really, I don’t want to know you because you must be a freak if you’re coming to me. Nothing personal, but it’s true.

I’ll take your dead relative’s life and rewrite it to whatever you want. I’ll forge new public records, write the raps sheets they never had. Same name but I’ll give them a new history, a bad one: child molester, patricider—is that a word? It should be a word.

Arsonist who targets nuns on a Sunday: the nunicider.

My parents, Wendy’s and my parents, they don’t know I do this. I studied finance in college and then moved to Manhattan. I have a ten million dollar condominium on Park Avenue and they think I pay the mortgage with a job at Goldman Sachs.

Mom, that’s what I want to say, Goldman Sachs is a bunch of assholes. Didn’t you see that movie? “The Big Short”?

But she’s proud of me, my is dad, too. We sit in my living room on the authentic Chippendale furniture and eat Cheetos from the bag.

“Don’t you mind all the honking?” she asks.

My mother is a psychotherapist, the old fashioned come-sit-on-my-couch kind. Her fingers are bright orange from all the Orange #5. She looks right at me yet sees nothing.

“Mom, the windows are soundproof.”

I imagine her speaking with a patient: Tell me about your mother.

Mother tell me about your mother.

“Your sister wouldn’t have liked it,” she says.

“Now honey,” says my father, “Wendy would have loved Manhattan.”

“God,” I say. I stand and take a bottle of vodka from the bar. “Don’t start with that Wendy-liking crap.”

“You want a drink?” I look from one parent to the next.

They don’t visit so often anymore. What can I say? I send them ten thousand dollars every Christmas. They tell their friends I’m an executive.

When they’re dead I’ll give them new histories. Or not. I’m not sure yet.

Dapples and greys, pintos and bays,

All the pretty little horses.

Wendy loved that song, growing up. And in my mind’s eye I see her pinpoint pupils staring in slow disbelief. I see her sitting on a filthy mattress on a filthy floor, staring at her lover, now the shooter, and as warm blood diffuses her filthy shirt she starts to sing:

Go to sleep, my little baby.

He just snorted coke in the bathroom and wants to kill, kill, kill but now he stops.

Butterflies, at his eyes—

The other man comes in and shoots her through the head.

And that’s how she came back to us. Funeral with a closed coffin.

Fuck all you dead relatives, for skipping out and leaving us here. It’s your own fault this happened. If you were alive now you would still look good in an Internet search. Your alma maters wouldn’t rename the endowments you left, remove you from the esteemed donor lists on memorial walls.

The founder of TwistedSister.com, who is strong and independent and doesn’t take crap from anyone, wouldn’t stand shivering and alone on a wind-whipped winter night staring up at the big white paper moon that haunts her dreams.

Where a cow might leap and suffer subsequent hemiplegia.

That’s what you were, Sis. That’s how it all started.

Sis, I have to work now but I’ll see you later.

Liz Fyne has an MS in neuroscience and spent over fourteen years working in biomedical research before she turned to writing fiction. Her short fiction has been published in two anthologies as well as the magazines 34thParallel and Intima: A Journal of Narrative Medicine. Find more about her at lizfyne.com. 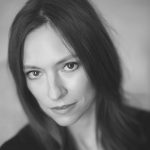