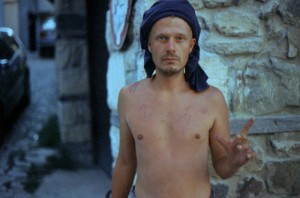 Twine was skinny, that was how he got his name. Antoine was not a name that twisted motherfucker could keep.

“Look,” Twine said. It was only one word but he said it fast. He kept going. “These guys got guns, but the money they carry is bigger than that.”

“Yeah,” Twine said with a tweaker’s grin. “Fucking way. Two guys with guns, that’s all they are. Four guys with guns can take em. Take their money, take their guns too. Split the money four ways and we get new pistols for tips.”

“Half of us get new pistols,” I said. “You ever try dividing guns? And all of us get killed. Those two motherfuckers work for someone. I don’t want to find out who.”

Twine rubbed the bottom of his nose with the back of one hand, fast. “We wear masks,” he said. “They don’t know who we are.”

I talked a lot slower than Twine. I wasn’t near as excited. “And word gets out,” I said, “and we get killed. I steal money, I want to live to spend it.”

Twine tilted his head forty-five degrees, narrowed his eyes. “How’s word get out?” he said. “You’re the only one who knows. We get two more guys, and I know who I want, we’re the only ones who know.”

“It’s free money. Everyone wants in.”

Twine shook his head so fast he looked like his neck might snap off. “Ain’t gonna happen,” he said. At the end of the shaking his head twitched a few times.

I waited til the twitching stopped. “I don’t want in,” I said.

Twine pulled a small pistol from inside his jacket. This close, it was plenty big enough. “I fucking kill you,” he grinned.

“Hypothetical,” I said. Tweaker friends are not to be trusted. They can also be hard to turn away.

“You’re in, right?” Twine pointed the pistol at me.

I tried to look calm, kept my voice steady as I could. “Yeah, sure,” I said.

Twine put his pistol away. “Cool. I get two more guys and I let you know.”

It didn’t matter what I said. Twine would never know anything, except what he wanted. And he wasn’t smart enough to notice he never got that.

Rob Pierce is the author of the forthcoming novel Uncle Dust (January 2015, All Due Respect Books), and the editor of Swill Magazine. He has been nominated for a Derringer Award for short crime fiction, and has had his stories published in Flash Fiction Offensive, Pulp Modern, Plots With Guns, Revolt Daily, Near To The Knuckle,  and Shotgun Honey, among others. He is married and the father of two, although he won’t say which two. 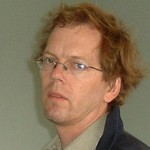