Tower of the Senses by John Flynn 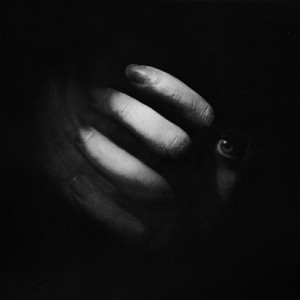 Like most people entering the Tower of the Senses that first week, Michael Herzog wasn’t sure which of the five doors to try first.  Above him rose the glass and chrome walls, each ten stories.  The doors were the same glass and chrome.  At their tops were etched Taste, Touch, Smell, Sound, and Sight.

Michael chose Touch, second from the left.  Some critics considered this tower pornographic.

As soon as he entered the marbled lobby he felt soft wind flowing over his skin.  Chamois cloths sensed his presence and covered his face including his eyes.  They softly rotated.  Michael felt water rising from his shoes to his chin.  The water was an illusion.  He removed the chamois from his eyes, and saw about a hundred other men and women covered in the yellow cloths, even a few children.

In the elevator, swirling with ice-cold wind, he decided to try the Cream room on the ninth floor.  He, of course, had seen the many rooms in the TV coverage.

The Cream room was a solid block of white.  He walked in, bumping into others in the block, dark columns.  The cream felt soft and smooth.

Down the hall, which was filled with the illusion of intense raining, was the Sand room.  This one wasn’t so pleasant.  The blown sand hurt this face and hands.  He decided to only enter the pleasant rooms, like most people.

Avoiding Heat, Pain and Birth, Michael headed for Skin on the top, tenth floor.  A line waited in the snow blizzard hallway.

When the multi-billionaire, Jared Jamison, announced plans for the Tower of Senses, church and political leaders  jumped on Touch as particularly immoral.  Most were against the project completely, since it was a denial of the spiritual.

“All of the senses are morally neutral.  What we do with the sense information is not,” the elderly  businessman said in a TV interview.  His face was filled with moles.  “My purpose isn’t to reform the world according to some abstract religious or philosophical system.  Those systems are bullshit and have all failed.  My purpose is to represent the world as it is, materialistic and limited to the five senses.  Of course, each sense will be isolated and concentrated in my towers, whereas in life the senses are mixed and combined.  Still, there is no god, there is no sin, there is no heaven.  There is only our five senses.  Before I die I want to remind people of that.  Humans are limited.”

Only a billionaire could have bribed enough New York officials to obtain the permits.  When the project was dedicated a week before Michael Herzog took a day off from garbage collection in Passaic, the mayor, all council members, everyone stayed away.  The billionaire and his son stood in suits at the microphone before hundreds of reporters.  And here the thing stood, the Tower of the Senses, on Fifth Avenue.

Michael emerged from Skin having ejaculated.   He almost had laughed at the moans and ahs from the others in the room, just standing in the fog, feeling the flow of skin on their skins.

Though he could go on and on with Touch, he exited that tower and walked next door into Sound.   Once inside the rotating glass and gold chrome door, the lobby noise was overwhelming.  It was a throb, like the bass tone of the universe.  He couldn’t think, he couldn’t move, all he could do was hear.  This time he tried the first floor:  Tinkle.  The room made him smile because it reminded him of fairies.  The volume, however, was intense.

Waterfall, Lightning Crashes, Voices.  Then on to the Sight Tower:  The Universe, The Bottom of the Ocean, Sunlight Streaming onto Mountains, Toilets.  Then Smell:  Bacon Frying in a Pan, Roses, Freshness, Cat Urine.  And finally Taste:  Strawberries, Champagne, Licorice, and, again, Skin.

Many people protested that there were more than five senses.  Spiritual, ESP, the Sixth Sense, Multiple Universes, but the billionaire just laughed in his TV interview.  He was really ugly with the moles and the wrinkles, but Jameson didn’t care.

“Show me the soul,” he argued with the reporter.  “Make the soul move a needle on a meter.  Have an angel sit down by me during this interview.  I am afraid all there is is stuff, rocks and bones and beans.   Give it up.  Live in the material.  Then scientists can tell us what material means in more depth than the silly ideas we have now, String Theory, Strangeness, Multiverses.  When I die, I am gone.  Carry on here.  Stand on solid ground.  There is no there, no space alien sitting on his thrown which somehow floats on a cloud.  Give it up.”

He renamed his vast business Things of The World, Inc.

Michael Herzog exited the door of Taste overwhelmed.  He stood outside on the concrete plaza, and his head buzzed, literally buzzed.   Each sense had been isolated and flooded separately.  Now he felt the hot summer sun and thought, Touch.”  On the plaza stood hundreds of other visitor trying to put everything back together again.  Michael wandered into the traffic on Fifth Avenue.  Immediately horns began to blare, like in Sound, and a cab hurrying to Wall Street crashed into him at full speed.  Ten others stood bewildered in the traffic lanes, but they managed to scurry back to the plaza.

“A design flaw,” was what the architect called the series of injuries and deaths, patrons whose senses had been stretched to the limits in the Tower.   A temporary wire fence was erected.   Design began on a one-story sixth-building, an open space with many benches where visitors could sit until all the senses came together again

“An eyesore,” the mayor, picking up public opinion, called the fence.  And indeed the Tower became ugly.  Graffiti artists did their thing, and the word “God” appeared overnight in rainbow colors on one of the street-level windows.  Security cameras caught the painter who said he just wanted to let the world know how stupid he thought the Tower was.   The architect and billionaire were disgusted as other windows filled with the painters’ tags and obscene messages.

The billionaire died.  “I had in mind an object of beauty, a material statement, but people screwed it up.  That’s O.K.  People screw up life.  Why shouldn’t they screw up a building.  There is no ideal.  There is only detail.  My body is dying, my mind is dying.  Compared to most people I am huge.  Compared to the universe, what we have learned in the last century is that I am almost nothing.  Good-by.  Leave me alone.  I want to die in my own bed with my $20,000 mattress, and my $10,000 sheets and $5,000 pillows.   I live in a custom world.  You just don’t know anything.”

Jared Jamison died early in the morning when the windows were still black, and by noon the first bomb exploded in front of the central door, Sight.

“Jameson is now burning in hell.”

“Jameson is now nothing.  God is laughing at him.”

“Jameson is trying to buy his way into paradise, but everybody will be rich after death:  a mansion with walls of jasper, a Bentley, the body of an athlete.  Or whatever you want.”

On and on it went.  The hosts on TV looked puzzled.  The preachers had a ball.

Michael Herzog was cremated.  He had that desire in his will.  His family, ex-wife, two daughters, and a living mother, each got a sample of the ashes in a metal vase.  Other portions were strewn at his high school in New Jersey, in the Rocky Mountains where he had his best vacation, and, of course, in front of the Tower of the Senses.  The Tower scattering was a daughter’s idea.  She got big press coverage.

One day his mother, her hands shaking from Parkinson’s disease, tried to move the metal vase from the coffee table where it was in her way.  She dropped it, and the top came off.  Michael was strewn in the weave of the carpet.  So, the CNN commentators said, is death.  We are just scattered.  The billionaire’s only son, who inherited Things of the World, put out an après release.  It stated, “With no nose, no eyes, no ears, no fingers, and no tongue, with no consciousness, my father was dead dead dead.  Who cares about the ashes.  That’s all we have for eternity:  nothing.   I am rich.  I am very glad”.

David Flynn’s literary publications total more than one hundred and eighty.  His background includes reporter for a daily newspaper, editor of a commercial magazine, and teacher. His writing blog, where he posts a new story and poem every month, is at http://writing-flynn.blogspot.com , and his web site is at http://www.davidflynnbooks.com. 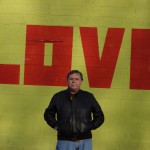