The Cove by Robert Crooke 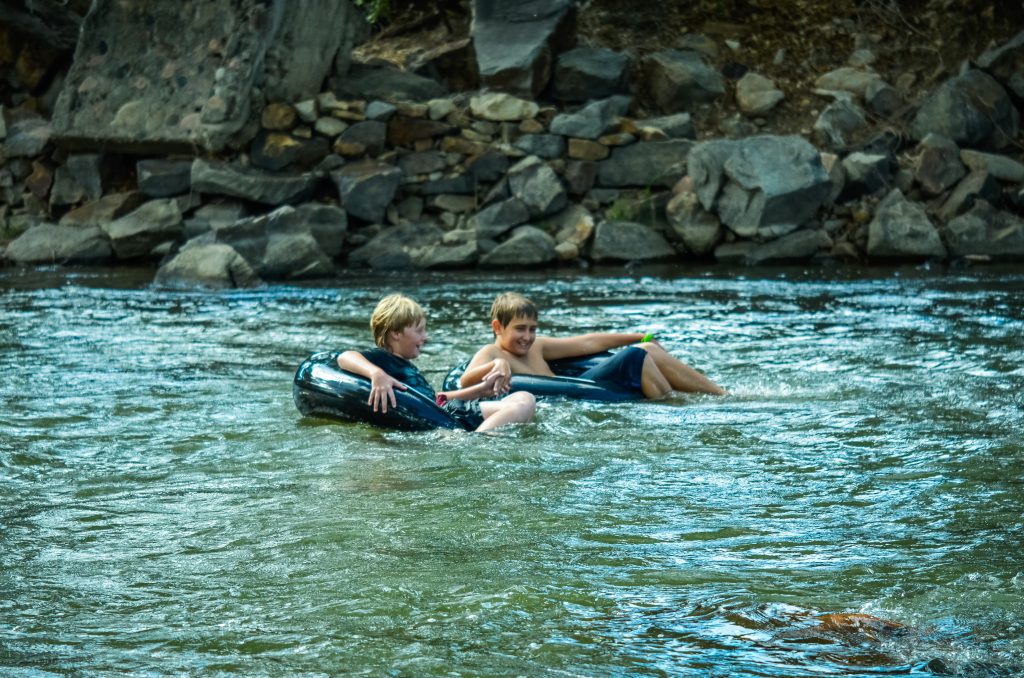 Entering the hospice parking lot on Sunday morning, Richard sees Henry’s BMW glistening in early sunlight and assumes Wendy and the kids are here too. So he loops out of the lot and down the long, private roadway onto 25A again. Give them an hour with Irene, he thinks, as he starts west for Nesaquake Cove.

Along the way he notices a 9:30 service is about to begin at St. Mark’s Episcopal Church, in whose quiet cemetery several members of the James family and the Gilded Age architect, Stanford White, are buried. A quarter-mile onward, traffic slows near the Catholic church where Richard’s family once worshipped.

Past this bottleneck, he turns sharply off 25A and drives due north, soon reaching the lush, green woodlands near the water’s edge. The road narrows here. Its surface becomes pitted asphalt, then dusty gravel, as it pitches down into the cove and ends at a quiet beach.

He parks beside the public launch ramp from which serious oystermen once embarked, but which now serves mainly hobby fishermen and pleasure boaters. To the east, where an old-fashioned swimming raft once bobbed some 40 yards from shore, a small—and safe—public bathing area has been roped off on three sides by a white flotation line. Farther east lies a narrowing strand of rocky, private beachfront below a half-dozen Victorian houses built into the steep promontory.

Above it all, on the highest point of the headland, stands the hospice with its pale, north-facing windows hidden from the rising sun, and its chimney spires stark against the endless sky.

For the moment, he has this tranquil spot to himself and his memories.

His parents’ old place is just up the pitched gravel road behind him, on the first side street that takes you west along the base of the hill, and falls sharply into the Nesaquake River marshes near Jamestown. They sold the house decades ago and moved to Florida’s west coast. There, they finished out their lives with other aging, Depression-era kids whose democratic politics had calcified in resentment over the government’s generosity to the unworthy.

Even if his own spirit weren’t marred by memories of their coldness, he would have felt no urge to drive past a house from which several generations of strangers had erased any real connection to his parents. Perhaps his sister, Janet, thinks differently about these things, he acknowledges. But, soon enough, her memory of the family’s days here—whatever it may be—will fade like his into the grave. Memory has no claim on the future. After all, the old Nesaquakes once considered this shoreline their home.

Someone is walking a dog along the beachfront to the east. A late-model SUV, with a 16-foot Boston Whaler in tow, enters the dusty parking area, turns, and backs into the launch ramp.

He remembers that he owes his sister a call, after having apprised her of Irene’s condition in a brief text message last week. Opening his cell phone, he is surprised to find a signal reaching him from somewhere beyond the looming headland. He retrieves Janet’s number in Westerly, RI, presses the icon, and puts the phone to his ear. There is a bit of static in the cell, but the connection is stable, and after three buzzes, she answers.

“Oh!” She is relieved to hear his voice. “We’ve been worried.”

“I’m sorry I haven’t followed up sooner,” he says.

“She has good days and bad days,” he replies. “Time is short.”

“It’s a mercy,” he says. “She’s in more pain than she shows, even with the meds they give her.”

“You’ll let me know about arrangements…”

“No,” he says. “I’m only down here to pass some time. Henry is visiting the hospice, with his family, I think. I didn’t want to horn in.”

After a static-crackled pause, she speaks earnestly. “How is Henry?”

“Holding up, I think. He and Wendy had me to dinner last night with the kids.”

“You two are talking?” she asks with hopefulness.

“We were last night,” Richard concedes. “Old habits are hard to break.”

“They are,” she replies with the subtlest edge of reproach in her voice. “Keep trying,” she adds. “Irene’s illness could be a blessing.”

Whether he agrees or not, Richard can’t help but admire Janet’s graceful acceptance of every tragedy as a mixed blessing. “How are Bill and the kids?” he asks.

“Oh, that’s great,” he replies. “He’s still commuting to Providence for them?”

“It’s less than an hour most days,” Janet acknowledges. “He likes living down here at the shore. We all do.”

“I will.” Janet pauses again. “Are we going to see you this summer?”

“Because John needs a little guidance.”

“From me?” Richard says incredulously.

“He’s talking about being a writer.” She sounds dubious. “A novelist.”

“Oh.” Richard hears the subtle fall in his own voice.

“We don’t know how to advise him,” Janet says.

“It can be difficult,” Richard confirms. “To earn a consistent living, I mean. Most novelists teach, or work in journalism, law…any number of professions.”

“That’s what Bill and I said. But we don’t really know what we’re talking about. He needs to speak with you. You’ve done pretty well, haven’t you?”

“I’ve had that one very successful book,” he concedes, “which has made things fairly easy for me. Most novelists don’t get lucky like that even once.”

“And I’ve never stopped teaching, though it’s pretty much an avocation at this stage.” Glancing at his dashboard clock, Richard is surprised to see nearly 45 minutes have elapsed since his U-turn at the hospice. “John can call me any time.”

“It can wait,” she says bluntly.

“All right, Jan.” His gaze is drawn to the roped-off bathing area and the deeper waters beyond it. “I’d better start back.”

“You’re really not going to check on the house?”

“It’s been so long since we lived there,” he tells her.

“Yes,” she concedes. “I just thought…since you’re so close.”

“It upsets me to think about Grace,” he says. “And the way they blamed you.”

“That’s why you won’t drive by the house?”

“They were devastated, Richard.”

“And you were catatonic for a year.”

“I still deal with it in therapy,” she admits.

“Larry Corcoran and I should never have brought her out to that raft, but she refused to let us leave her on the beach,” Janet recalls. “We got distracted, making out.”

“I know,” he says earnestly.

“When we came to our senses, Grace wasn’t there.”

“A freak accident,” he says bluntly. “She slipped off and never came up.”

“She was a kid, Richard. My responsibility.”

“Grace was everyone’s responsibility,” he counters. “We all lost her. Mom and Dad needed someone to blame. It was unfair.”

“I guess so,” she concedes. “It brought you and me closer.”

One of her mixed blessings, he thinks. “I’ll check on the house,” he tells her with a sigh. A moment later, after promising again to stay in touch about Irene, he clicks off.

Several bathers have come down to the public beachfront. Three more boaters are queuing for the launch, leaving just enough space for Richard to exit the dusty parking area and drive up the gravelly incline to the narrow section of rough asphalt.

When he reaches Harbor View Road, he turns right. The houses along this section of the street are Cape Cod colonials, built in the late 1940s by a developer who set them in from the road on generous acreage. As Richard passes the first three, he sees late-model SUVs and sedans in the driveways, and he notes the fairly typical changes made by a series of owners. The original white clapboard has been repainted in pale blue, in green, and in red. Elaborate side porches, sunken swimming pools, and lovely gazebos have been added. Garages, once free-standing in the traditional style, have been attached to main houses by breezeways or full-on extensions. Trees have been cleared.

But conditions at the fourth house are unexpected.

He presses his brakes and idles in front of his family’s old home, astonished at the state of its neglect. Even from the street he can see a new roof is needed, and a paint job, and repair to broken siding and rotted window frames. He can only imagine what attention the inside needs. And the four-acre plot surrounding the house is overgrown with weeds and grass up to three feet tall—a wild meadow—which fits the general aura of abandonment. Uninhabited, perhaps in foreclosure—though he wonders what bank or mortgage company allows an asset to decay in this way—the property has been consigned to oblivion, which is the true owner of all things.

Yet, in this fatalistic moment, he feels a shocking compassion for the confused boyhood that played out here, for Janet’s humiliating girlhood, and for the stolen life of their younger sister—even for their cold and damaging parents who were, themselves, the damaged children of depression and war and fate. He weeps.

The piercing sound of a horn wakes him from his tragic reverie. He can see in his rear view mirror an angry motorist waiting close behind and glaring. Embarrassed to be caught out like this, idling in the street in tears, Richard waves apologetically, releases his brakes, and turns slowly into the old driveway allowing the testy motorist to proceed.

As he calms down, Richard notices the high meadow grass on each side of the cracked asphalt driveway is overtaking the pavement. All along the broken blacktop, jagged weeds have pierced the cracks in nature’s inexorable process of making indiscriminate life from relentless death. He resists an urge to get out, to walk the property, peek through the windows and, perhaps, find a way inside. It would be taking things too far, he tells himself, even for Janet’s sake.

He stares at his family’s wasted house. In this wreckage he sees children damaged by their parents’ unpredictable moods and nasty outbursts: Janet, the earnestly good daughter, struggling to be better; Grace, the brilliant young spirit, hiding a sadness beyond her years; Richard, the absent son, keeping his distance to protect himself.

As he thinks of it now, his parents were a mystery. He understood them less, instead of more, as time passed. Even in their last years, when long-distance phone conversations with them were finally, calm and unassuming—as if between strangers in a railway station—they eluded him. As, surely, he eluded them.

He backs away from the desolate property feeling certain he will never know who they really were. Distance works too well.

Robert Crooke‘s work has appeared in The Paragon Journal and West Hills Review. His book, The Chastened Heart, was featured in Kirkus Reviews as one of the best independently published novels of 2014. He began his career as a sports reporter and columnist for The Long Island Press and for thirteen years served as the North American press spokesman for the Reuters news service. He has lectured about journalism, creative writing, and media at the University of Connecticut, the University of Nebraska, New York University, and Suffolk County Community College. You can learn more about his work, and what critics have said about it, at his website: www.robertacrooke.com. 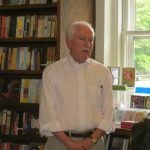