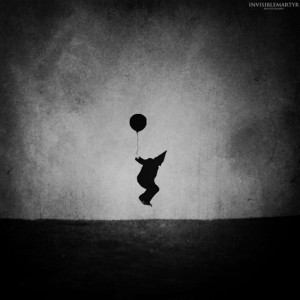 Thirteen Crafts, by blood and marriage, sat around the decorated dining room table listening as Elvis Presley’s Christmas album gave way to Bing Crosby, a softer and more appropriate dinner-time music, one that filled the warmed, fragrant, holiday air with an even greater dollop of tradition and nostalgia. Mrs. Craft, the matriarch, carried in the last of the food—the centerpiece—steadying the weight of the dish and former bird with two shaky, wrinkled hands, the look on her face a serious, satisfied one of concern and anxiety and pride, a look familiar to her relatives who knew how much she adored this holiday, how she anticipated these rare meals when her nest felt full again and the world and its sacrifices didn’t feel so futile and wrong.

Some of the adult Crafts (having stayed lubricated since late-morning mimosas) beseeched her to sit down, to take a load off and relax, but she pretended not to hear them as she surveyed her table and the beloved faces encircling it, trying to extend the moment and role for as long as she possibly could. But moments don’t last forever, and being wise enough not to push this one over the edge, she asked her youngest son to light the candles and permitted herself to say, “Okay, I think we’re ready here,” before sitting down next to her husband of forty-one years.

He, the “founder of the feast,” a reference to Ebenezer Scrooge and A Christmas Carol—another Craft tradition (though, truth be told, their eldest son had paid for the groceries on the table and the alcohol in the cabinets)—had already carved the turkey, and the Crafts, never a family to say grace or any other collective kind of thank you, scooped and passed at will.

When everyone’s plates and glasses were overflowing, the youngest grandchild at the table, Brooklyn, asked what something was, something that looked, in shape and consistency, like a small cranberry sauce roll, but in color, like yellowed flesh.

“Fwa—” the five-year-old tried to repeat.

“It costs an arm and a friggin’ leg,” her great Uncle Gordon, known for pinching his pennies, muttered.

“It means ‘fatty liver’,” the eldest son of Mrs. Craft’s eldest boy said, “and I’m ashamed to see it on this table.”

“What kinda story?” she asked.

Ossip leaned forward, his hands spread on the table. “It’s about a goose.”

“Time and place,” his mother warned. “I’m sure this no doubt delightful little story can wait.”

“I’m sure it can’t,” said Ossip, straightening. He was seventeen and had begun to challenge the animals around him (no matter their age) directly.

“Albert.” Mrs. Craft’s voice was a loving reproach. Now that the preparations were through and the family was gathered and the worst anxieties were over, her heart was open to the unexpected. “Go right ahead, Ossy.”

Ossip downed a heroic quantity of Cabernet Sauvignon from the glass in front of him while keeping his eyes on Isabel, his cousin. She was sixteen and he was hopelessly in love with her.

“My story’s about a goose,” he began, “a male French goose, though it could just as easily be about an American female goose. So picture a goose. Picture a big, plump, beautiful goose. Call him Henri. Now imagine that Henri grew up on a farm, the kind of green and wholesome kind of farm we still think about when we think about farms. You got it? The picture? Good.

“One day, happy Henri, who was minding his own goosey business on his happy farm, was chosen: his liver was to become a fatty liver. So the farmers snatched him away from fresh water and friends and stuffed him in a concrete cage, alone. Then, for the next fifteen days, Henri, with a metal tube shoved down his throat and a funnel at the top of it, was forced to eat corn. Pounds and pounds of corn were pumped into him three times a day, an excruciating, dangerous diet that often causes geese to burst or choke to death. Not Henri. Henri succeeded. To reward him for his success, he was slaughtered so his prized, poisoned liver—ten times its normal size—could make its way to our table and allow us to get all wide-eyed and excited and salivate over the buttery goodness and feel rich and merry and never give poor Henri the goose another thought.”

Some of the other Crafts, young and old alike, looked visibly disturbed.

“What?” he said, not taking his eyes off Isabel. “I could tell a similar tale about old Tommy here, too, this glistening pseudo-turkey that has been prepared with so much—”

“Watch it!” his father said.

“Since when do we censor each other?” Mrs. Craft asked her son.

“Exactly. It’s Christmas and Ossip has a right to his tales, like we do. Now,” she said, turning toward her grandson, “what would you like us to do with this foie gras?”

“I would like us to make it disappear from the face of this earth. And I would like to disagree with you: We don’t have a right to Henri’s tale.”

“And,” Ossip said, cutting her off as she had cut off her son, “I have another little idea.”

“Together, like a toast, we should take a piece of Henri onto our spoons and into our mouths and chew and swallow him all at the same time. We should all e-a-t him—together—in this festive togetherness of ours.”

“So we can take a good look at ourselves. Here. Around this table of ours, this feast. If not, the horror’s even more horrible.”

“You are ruining this,” his mother said.

“We have to,” Ossip said, standing. “You served this to us, Grandma, so now it’s time for you to order your family to become Henri’s godforsaken liver!”

“Sit down!” his father shouted, slamming his hand on the table.

Ossip grabbed the plate the foie gras was on and scooped the squishy tube into his hands.

He stuffed the tube, whole, into his mouth. Stuffed and swallowed, swallowed and stuffed. Meat spittle dribbled off his chin, dribbled down his new shirt and onto the table. No one said a word as the liver disappeared or as Ossip snatched the turkey and centered it in front of him. He clawed and raked the steaming flesh from the bone, fistful after fistful, not stopping as he reached out for the closest bottle of wine and doused his hard-working hole with half its liquid, much spilling out, the effect (had Ossip been able to see it) a satisfyingly bloody one. He continued to chomp and swallow, and he felt it coming, but not yet, not enough, so he poured the plate of deviled eggs in. Egg white and yolk and relish mingled with the wine, turkey, and foie gras, oozed from Ossip’s teeth and mouth, the mouth that was overflowing when he felt the hoped-for reflex.

“My poor baby,” his mother said, looking down at the spot where her son had collapsed.

“Take mine!” Ossip yelled from the floor before passing out. “Take my liver you selfish sons of bitches!”

Mrs. Craft, surveying the damage, looked from averted, contorted face to averted, contorted face, her heart so incredibly full. God how she loved Christmas! But Ossy, oh yes, with all his ideas and information—he was going to have a hard time of it. She had faith, though, knew everything would turn out right in the end because, unlike so many children and adults, he had a family who knew the meaning of Christmas.

“Who’s ready for cookies and coffee and pie?” she said, easing herself up and away from the carpet-bombed table.

There were protests, automatic and ingrained and useless remonstrations, and the mood shifted. The old man, Mr. Craft, who didn’t eat much these days but who could still take his cue, was already twisting himself around, eager to snatch the bottle of Grand Marnier.

Kevin Tosca lives in Paris. He and his work can be found at www.kevintosca.com 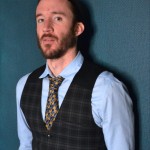