The Song of Cocytus by Vincent Anioke 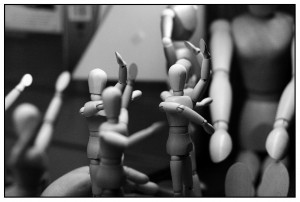 A speckle of blood, the size of a dime. Noiseless when it strikes the ground, a crimson black hole, spares the light, takes the sound. We stand huddled together, four wide-eyed things with hanging jaws. Before us, Donnie looms, tears like molten crystals in his eyes, knife held over wrist with a chef’s deadly finesse, steel blade poised over bone, seeking the smallest stimulus for action.

We’ve said all we can; now we can only watch, words hitched in our throats, lumpy and choking. Hearts thud faster. Behind Donnie, the sky is a deep orange, slashed through by swaths of red. Darkness approaches fast, its hurried arrival almost palpable. By the time it arrives, he might have left us.

The silence is the most terrible thing. An emptiness filled with phantom echoes. Nothingness weighed down by tautness. Electricity hangs in the air, pulled down by the weight of our stares, of blood that strikes the ground but makes no sound, of his anger, something that has curdled and bristled for ages now. Something I’ve been content to let slide, because those warning signs encroach too much on personal space, on comfort. And even when they seem portentous of the happy-never-after, the climax is always the one thing you never believe in. Because life doesn’t ever get out of control the way it does in stories. Things simmer and simmer, but they never catch fire.

Silence swells. The specter of weights pushing on it expands until it feels like pulses in our pounding heads, throbs in our ears, on the verge of explosion. If the explosion comes, all will end. We’re sure of it. The darkness will set in long before the red outside vanishes into a velvety deep blue.

The seams of the emptiness begin to crackle and whisper, bloating along the edges, along the fine thread-marks of an indifferent fabric, one that can be worn no longer. All I can think about—all we’re thinking about, I suspect—is the previous evening. Out in the backyard, half the neighborhood present with their burger buns and cartons of soda and barbecue grills. Even Lady Tabitha, the oldest on the street, her eyes films of cataracts, still warm but somehow lost. And of course, there I was, my three friends plastered to my side like the proverbial sidekicks. We fulfilled the roles we were born to—gracious hostesses, our laughs as fine and sharp as the edges of smooth paper, our words and expressions trained things that molded well with a trained world.

Donnie ran out then, five feet of noise and gracelessness. He seemed to appear from nowhere, pulling the hem of my satin dress, screaming for cereal in the evening. Such a simple request at the time. Such an untrained one. Donnie was the sort of livable paradox to my cultured existence I could bear, but he and I knew the conditions—not in front of them. Not in front of those eyes. Because they watched and smiled and said all they had to when here. But in the safety of away, where walls had ears but no mouths, the masks fell and I became something else entirely. Still their friends perhaps, but somehow less. Someone not fully formed.

So I sent Donnie away, hastily, whispering I’d be there soon. When he seemed on the verge of tears, my voice became a stern thing, still born of moderation, of practiced, parental impatience. I saw the hurt in his eyes, a glazed-over thing that sparkled for a moment. Then it was gone and so was he, running back in without further protestation. Tabitha left soon after. I think she was the only one who saw the shape my words to Donnie took—the shape they always took. Impatience is a soft shape, for the mild-eyed and the prudish. Tabitha was neither, and she saw the shame, a mother’s shame for a boy that was less. Shame shameful in itself for its detestation of Donnie’s wholeness…or lack thereof. But my mind grappled against the mess of such logic, and I told myself Tabitha was simply tired.

The last straw. Held thinly by his simple need of food. Mild-seeming at the time, a thick blanket over an incensed, mutating creature. Well, the blanket was shaking off now. The seams were ripping apart.

Now, we stand and watch. Our hands are stretched out like rubber, but they can only tremble. And as the shadows outside begin to lengthen, their shapes blotting and enclosing all else, a small part of me, a very small part, wonders if it won’t be best for me…if Donnie just goes ahead.

Vincent Anioke is an 18-year-old rising sophomore attending Massachusetts Institute of Technology. He was born and raised in Nigeria, but moved to the US slightly over a year ago for college. He is a Computer Science major, but spends a very substantial portion of his free time writing fiction. He blogs for the MIT Office of Admissions and his novel has been published by a small local press, Acena Ventures, in Nigeria. In his spare time, he can often be found screaming expletives at non-functioning code, binge-watching Netflix shows, listening to an insane amount of Taylor Swift songs or simply sprawled on his bed, writing. 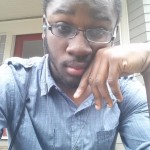