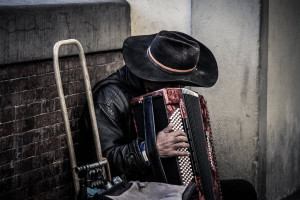 A short biography of a happy girl in war

Dedicated to the memory of a girl who died in the war.

She belonged to the cruel border,

Not a beloved country with known frontier,

Born into this world with a fake invitation letter,

Illegally distributed in the Eden garden.

Started to take courses learning how to live near the barbed wire,

Living happily in her modern cage; knowing no more,

One day through the strange window very close to her,

She figured out, she could see everywhere,

Finally, understood the world out of the enclosure,

Found out how people of the world make sympathy for her,

Without bothering anybody, she faded away; like an unknown creature,

Vanished when the sky was dark Crimson in the forbidden land,

Just a day before the ceasefire.

Narjes Azimi was born in 1981 during the war in the Middle East. She got her BA and MA in English language and Literature. After 2 years of studying Ph.D in linguistics, she dropped it for the purpose of writing for those who are involved in a war. She mostly writes in English, although English is her 3rd language. The main theme of her stories and poety is war and those suffering from it yet have a dream of peace. She also has some short stories for children of war and literary essays, along with critical notes on African American Literature. 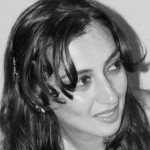