The Pit
by Scott Waldyn 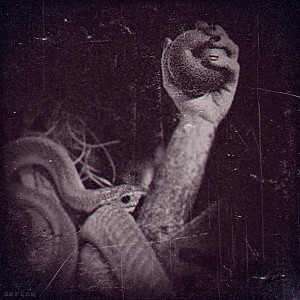 The drip, drip, drip of water reverberated within the confines of his skull as he lay against the damp, cold, antiquated bricks of the pit. The steady hammering of droplets was all he heard when he was awake. It was all he heard when he dreamt, escaping the mildew walls of his prison for the tight framing of his nightmares, dreading that moment he’d awake, that moment he’d be violently roused from his slumber. Searing pain plucked him from the realm of spectres as a torch smoldered a gaping wound, singeing shut the doorways for his life’s essence to pour out and end his misery.

He’d shriek, his voice slicing through the icy, stagnant air like shattering glass, and that torch would drop. It’d burn out and roll into the abyss, a veil of darkness so thick he’d dare not venture into it.

But his arm was out there, the skeletal remains of his right hand, the meat peeled right off, gnashed into a sinewy, slushy stew. Whatever else was out there probably nested on a pile of limbs, burrowing deep into the bone white remains of God knows how many people who ended up here, tossed into this damnable abyss for crimes against the State, for speaking their minds in lieu of Church doctrine.

A gun lay out there too. A revolver. With 2 shots left. Just enough to make it count. Just enough to spark a flash and aim and drill a final bullet between its eyes. Maybe he’d eat the beast. Maybe he’d injure it and digest the abomination bit by bit, oozing saliva over every gangly, gangrene-infested chunk as it watched. Silently.

Because it never spoke. It never rasped even the softest sound.

It didn’t even breathe.
He’d sit awake for hours, his back rubbing against the rough stone, and the only breath prickling his ears was that gasped from his own chest, his own wheezing rasps for air as the darkness encircled closer around him, contracting tighter and tighter like a serpent coiling around its prey. Teasing him. Toying with him. He was just a torn ragdoll held together by a few stitches, a celestial prostitute in the pig shit-smelling wooden cages of Chink Alley, being force-fed in order to put out another day’s work.

With that gun, that revolver lying mere inches away under the enveloping pitch of nothing, it’d all change. No more waiting around for death. No more clinging to life while some dopey, toothless mongoloid had its way with him, robbing him of the only thing worth saving – his soul.
He’d reach for the firearm with his only hand. His left hand. His alien hand, whose fingers knew not the pull of a trigger, not the deathly pull of emotionless, precision steel.

But he’d try anyway. He’d march those meek cherubs across stagnant pools of mold and mosquito eggs, fanning them out in a line, hunters on the prowl for a pheasant to ensnare. And they’d scurry into the darkness; their lives depended on it. One more night of inaction and they, too, could join the other digits in the digested stew of a silent killer, of a spectral ghoul with an insatiable hunger.

Within that shrouded abyss, rocks clattered against each other. The cherubs halted their march. Had the beast moved? Was it coming for him so soon?

He drew back his arm and touched where his right should have been. A ghostly tingle dulled his senses, and a sensation not far from the smoldering of a tree after a lightning strike assaulted his nerves. In his mind, he could almost flex his right fingers, almost lean that arm forward and coil around the handle of a gun. When he looked away from the phantom limb, the pain lessened, and the agony subsided as muscle memory took over, playing as if the trauma had never occurred.
Something laughed – a harsh, raspy, scorched throat laugh.

“It’s got you… dreaming, has it?” The ghoul coughed, its voice parched. Each word cut through the still air like a razor, slicing that desiccated flesh in its throat as it spoke. He could almost hear the spurting blood. “Pretending like the whole thing never happened?”

He tried listening to where the sound originated from, perked his ears and closed his eyes, but the voice seemed to bark from every crevice, to jab and taunt from the cracks in the brick and bubbles in the water. It oozed its way into his skull, echoing with that constant drip, drip, drip. And as he remained silent, the voice just laughed – snickered and cackled from its perch within the walls.

His left hand, hesitant at first, voyaged back into the abyss. Those trembling fingers knew there would be no second chance.

“Go for it; pick up the gun,” the voice howled.

Bony digits coiled around something cold and wet and metal, fastening tightly around their savior. His left arm slowly began to drag the revolver back, sliding the gun as quietly as he could across pebbles and rocks.

He pulled the revolver to his leg, curling his index finger around the trigger as he slowly raised the weapon.

“I’ll pin you down; I’ll gnaw into your joints; My teeth will strip each individual muscle from your limbs; your bones will pick my gums as I dive into your organs. Before this night is through, I’ll have your heart; I’ll savor it and suckle it; I’ll caress it with my tongue, licking as far into your valves as I can before I tear it apart with my incisors!”

The voice was louder. More urgent. More painfully reverberating against the walls of his brain as the beast spewed its vileness. And it was in this dissonance, this chaotic drumming that severed man from his senses, that he realized he would only need just the one bullet.

The prisoner, the fool in the pit of the damned, held the barrel of the gun against his own skull, and he pulled the trigger.