Pills and Goon
by EM Reapy 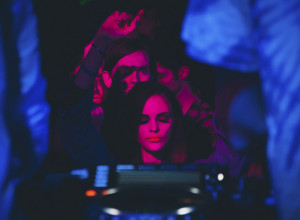 A pure sweet job. Run a bag of orange caps of MDMA, 40 dollar a cap, nine hours north. Train and hostel booked and paid for. And when I got back, I’d be collecting a whole thousand bucks simple for having a holiday. All because these mad Irish lads doing farming wanted to get fucked up for All Ireland weekend.

Don’t get me wrong, I didn’t give a shite for football or hurling. Not even sure which match was on. But it was a thousand dollars for me to get set up over in Western Australia. Perth might be the spot for me. Perth. Every time I thought about it I knew it would be. Dead on, like.

I got the train up through the countryside and it was a bit mad. Sometimes there wasn’t a house or a building for the guts of an hour. Just loads of vines. Loads of empty. Just empty.

I couldn’t think about it too much or I’d freak out. What if it was a trap? What if they were sending me up to a hippie commune or a cult? What if there wasn’t even anything, just the boss’s crew back in Adelaide getting their kicks making an ass of me?

I had to breathe slowly with my head down between my knees or maybe I’d have a total heart attack. The fizz would come. And then I wouldn’t know what to do with myself.

Was delighted to finally get off the train and onto solid ground at the station. That the station and ground existed and it was in a place that looked like a town and there was no cops or sniffer dogs anywhere.

I looked around and knew the dealer, David, in a second. I think maybe Irish people have a thing about them. Not only the skin, or the haircut, or the accent. The hold of themselves is the same. The stand of them.

David goes, ‘Hopper?’ at the station but I was already walking towards him. He gave me a good handshake. ‘You have the pills?’

David nudged me into the shoulder. ‘We’ll have some weekend of it, buck. Can’t fucking wait.’

And the hostel was great, mad so it was. Big common room. Few sexy looking women from around the world. A can machine for cold drinks, another one for sweets and crisps. A bad swimming pool that they told me not to jump in coz it was full of glass at the bottom where they’d smashed their bottles in it.

‘Who runs the place?’ I asked.

David said, ‘A slimy wannabe gangster. Thinks he’s slick but he’s a joke. Greediest prick in the Southern Hemisphere. Here, Hopper, can I tempt you with a goon? A pint of Fruity Lexia to warm you up?’

I wouldn’t turn it down with these new people, though we’d all get along in a while  I knew that much, when we’d be in fucking love with each other, when we were gone, but until that happened, a drink would help.

David poured a goon and said real loud that it was a ‘delicate and fruit driven wine with luscious aromas and a sweetness on the palate.’

I thought they wanted me to say something back. Something smart. The way it went quiet after that.

So I goes, ‘Sure this here is modern love. Pills and goon.’

And everyone went all calm, stopped moving, stopped their lives. I felt a shake coming into my hand, they were looking at me and I got scared they’d take the piss out of me but then in a big mad group they looked at each other and they all laughed. Laughed for ages. Patted me on the back. Told everyone else that passed. Said I was a witty bastard. I was real clever. I was a hero.

Then about four goons in, we dropped some of the caps.

Me and Irish. Look at us here in Australia. Bunch of legends. Love you. Love you more. Ah fuck. Do you know where I’m from? Do you know me cousins? Who do you know? You don’t know anything.

Then all of a sudden, it was Saturday, like it had passed in a minute.

‘It’s too early to skag?’ I asked David. ‘What ya reckon, we keep it going?’ And he nodded yeah and I nodded dead on.

We dropped more and more caps. Buzz. Jaw. Mouth. Heart. Feet. Hands to the sun. Moving, moving. Inside the music. All morning. Remix. Hardhouse. Trance. Hear this, hear this.

But in the middle of the day, I’m in front of a mirror and my face. It’s all fucked. My face is telling me the real truth. I missed my girlfriend and son back in Ireland.

But they weren’t mine. Neither of them.

Then I was in front of the mirror and it was all cracked. Another twenty one years of bad luck. Me hand bleeding. My fist all bits of skin loose. My face wet. Her and him. The only ones that loved me. Everything taken away from me. One swift blow. One sentence.

I went back into the sun.

Someone tells someone. David came over to me. ‘Hopper, what’s wrong, man? Are you okay?’

‘Hopper, boy, what do you want? What do you need?’ David asks.

I pinch me eyes. ‘Play some Van Morrison. Please?’

‘Sound, Hopper. Anything you want.’

He warns the others to move from the controls. It goes quiet. Then guitar and piano. Van Morrison. Saxaphone or one of them other musical instruments you’d blow into. Oh yeah. Better stuff.

And we could set the world on fire right now. Watch it all burn. Burn it all. It made it easier. When you burn it, it’s gone. Then it starts new.

I put the cushion off my chair into the middle of the courtyard. They’re watching me. I pull another cushion off. I put it on the other one.

‘What ya doing, boss?’ someone asks.

‘Going to spark it. Going to fucking spark it. You in?’

But yer man, the hostel fella, he got wind of all his furniture and beds being on fire and he came over fucking raging.

‘What in the- You fucking cunts. You stupid Irish fucks,’ he said and had his hands together on top of his head.

It was bad auld craic. He might have thrown a slap on one of us. He shouted words then in between the thundering. ‘Bushfire.’ ‘Cops.’ ‘Losers.’ ‘Money.’ ‘Kill.’

He was stabbing the buzz with hate for us.

And so David does it first. He rolls his neck. He cracks his knuckles. Then he squares up to him.

‘What you going to do about it?’ David asks and he’s jawing. He’s off his tits.

The hostel fella stops. ‘What?’

And we fucking show him.

There’s fourteen of us altogether. There’s one of him. The fire blazes on.

EM Reapy was born in 84, has an MA in Creative Writing from Queen’s University and edits wordlegs.com. In 2012, she was the Exchange Irish Writer to Varuna Writers’ House in Australia. In 2013, she represented Ireland in PEN International New Voices Award and was one of the six finalists for the prize. 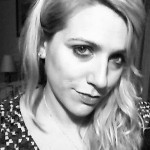