You Are Paper, Plastic, or Here by Amy Rossi 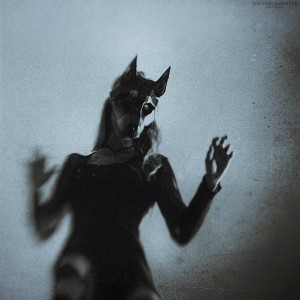 The first time I bought a pregnancy test, I was in the throes of an eating disorder and had purchased a jar of pickles too, because five calories a spear for something you can’t overeat without the roof of your mouth disintegrating seemed like a great idea. But disordered eating is different from anorexia: it’s not that I didn’t eat, it’s that I ate selectively. Pickles for dinner justified diet ice cream later.

What I’m saying is, I was walking around the market with a pregnancy test, a jar of pickles, and a box of ice cream sandwiches. What did that look like, is what I want to know.

The pregnancy test was for my roommate who was too scared to buy it. I found it odd someone older than me could be scared of such a thing; it was the kind of purchase that seemed like an anthropological rite of passage. I bought a good one, I thought, and after I checked out, it felt like I should get a balloon for my efforts, perhaps with great job looped across it.

She wasn’t pregnant, and a few years later, I eat more normally, having traded severe food restriction for other bad decisions. Like when I go home with a friend of a friend, which is really just a nicer way of saying stranger, and we are drunk and urgent and I’m a little in love because it’s a Bob Seger song, because there’s no tomorrow, because he lives somewhere else, and because there will be enough between us later, there is nothing between us that night.

He isn’t gone long before the pain sets in, and then the panic. Is that spot razor burn or something worse? Do I want to know? Why didn’t I give him my number so I could be wondering why I haven’t heard from him instead of what I am wondering now, which is how is that I only feel something when distance is involved? When I ask my sister some of these questions, I can hear the heel of her palm against her forehead. What were you thinking? He was a stranger. Condoms are for strangers. Somehow, manufacturers haven’t jumped on that tagline.

I make a doctor’s appointment, prepare a list of defenses. I am ready to liken it to the time I got pulled over the one time I was speeding, but the doctor doesn’t care. She diagnoses me quickly, and it has nothing to do with the stranger or questionable choices, only chance. My sister says, I can’t believe you’re twenty-nine years old and had no idea what a UTI felt like.

I wonder how many other feelings I’ve had and missed, or blamed on other people.

When I go pick up my antibiotics, I grab a pregnancy test too, the cheapest drugstore brand. This is not the time for digital results. I need a question that’s easily answered, need for the lines or colors to tell me something I cannot tell myself.

I know I am not pregnant, but once home, I pee on the stick anyway, hold it my hand, wait for the nothing to show up. And for a moment, I think maybe I understand being a person, and that is my balloon.

Amy Rossi lives in Louisiana but counts Massachusetts and North Carolina as home. You can find her work in places such as Sonora Review, Hayden’s Ferry Review, and WhiskeyPaper, and you can find her in a room by quoting Guns N’ Roses lyrics. 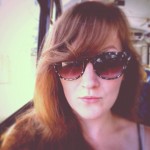