Now What by Calder Lorenz 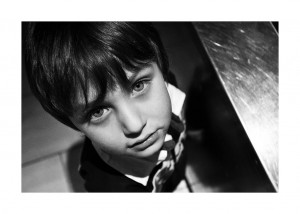 The pisser. There he was. Trying to use the pisser. And there they were. Looking confused. Distracted. The boy. The girl. The father with his fingers on his phone.

And there he was, on his way to the pisser and there they were, blocking his way.

His bladder was hurting him. He needed to go. And the girl was looking up at him. Blonde. Pigtails. Her look frozen. Like a statue of a child who was stuck in the wrong bathroom.

And the boy. He was there. At the door of the only stall. Halfway in there. Holding the door against his chest. Brown buzzed hair. His look determined. His look defiant.

And the father, who said, “I’ll hold the door.”

And the father, “Get in there.”

And the son, his look locked in on his father. The boy trying to solicit a look from his father. Obviously, wanting to pull his attention from the phone.

But the father wasn’t going to budge. Wasn’t wiling to play along. Eyes on his phone.

The father who said, “I’ll hold the door for you.”  His grizzly voice, “Get in there.”

The father: “Get in there.”

And despite the stare from the girl like a statue, there he was, stuck, needing to hit the pisser. It was hurting him. He needed to move around her and get to the urinal. He dismissed the thought of that girl and her turned feet, turned feet like his cheerless niece back home. Back there. But there he was, trying to piss, his thought: “Who brings a little girl into the men’s room?” His thought: “This is uncomfortable for me.” His thought: “Do what he says. All of you. Get in there.”

And the father. His eyes down. His cheeks unshaved. Shorts and an open shirt and the thick rope chain there around his neck.

But there he was. Stalled there. He was only able to wait so long. He was a man who needed the pisser. This was who he was.

The girl stared. And the father pushed the buttons and the son stood.

And then the father acknowledged him.  Said, “Sorry, brother.”

Finally, looked over at the boy.

The father, “Get in there.”

And then the father’s hand moved down to the crown of her head, the girl.

The father, “Move out of his way, sweet pea.”

And then there he was. Forced to roll his resumes. Tucked them under his arm. And then the relief flowed out but also the sting of embarrassment as he unzipped with the girl in the place but what was he to do about it and then he groaned, and then he started, he was finally able to use the pisser.

And then the barrel pushed into the back of his neck.

The father who said to him, “Stay put there, brother.”

And the father, “Get out here.”

And then the boy who huffed and stomped his foot and said, “She always gets the easy stuff.” And then the boy’s riled hand in the front pockets of his pants. The card and the ID and the last few twenties he’d been loaned from the bank in his hometown. All of it removed.

All of it now in their hands. And the father who eased the barrel off his neck. And his words that said: “Close your eyes and count to ten.”

Calder Lorenz lives and writes in both the US and Canada.

His fiction lives in the electronic literary archival spaces of sPARKLE & bLINK 2.4, Switchback, Curly Red Stories, and Two Dollar Radio’s Noise. He is on the Amazon, where you can acquire his story, “out back by the rabbit pen,” for a small number of coins…His first two novels are complete and welcomes inquiries at calderlorenz (@) gmail.com

Currently, he resides in the heart of Santa Ana, CA, at a little place called, The French Riviera… 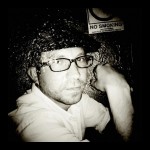