The Only New Orleans Earthquake by Edward G. Gauthier 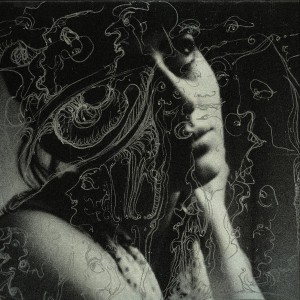 Lillian, an Italian girl, entered a New Orleans library looking for a good time. In the back of her mind she knew she had not danced enough last night because she had become confused as to whether dancing was synergy or entropy. Well, if it turned out to be entropy, she figured that kind of entropy wouldn’t hurt anything. She picked up a book about earthquakes because the cover showed a mountain disintegrating. She delicately laid the book on a nearby table and began paging through it. The table trembled slightly.

An older librarian slowly pushing a book cart nearby noticed the book Lillian was reading.

“You’ll have to be careful with that one,” he said to her. “We’ve had complaints.”

“I’ll put it back, I promise,” Lillian smiled gracefully sidestepping the librarian’s organizational energy, a natural enemy to entropy. But then she couldn’t help asking.

“The fire department cares if a book isn’t re-shelved?”

“Oh, they check on that book all the time. Yeah.”

Well, this man was old so Lillian just nodded politely and went back to the book. She turned to the full color page of Krakatoa which made her think about dancing. The picture of Kilimanjaro had the same effect. She tried not to create any categories in her mind for these fire pits but sometimes her mind just organized things automatically. It was terrible. It could be said that the mountain melted, destroyed itself and certainly disorganized human civilization around it. Entropy. But perhaps this was nature’s way of reorganizing and rebuilding a new stage of that very nature. Synergy. Synergy and entropy were having their way with her mind. She struggled to get a hold of it but it was no use. Frustrated, she raised the book from the table and slammed it down.

The old librarian guy came running. He held onto a column as the building began to tremble. A fire alarm sounded. Patrons grabbed their purses and ran out the door screaming.

“I told you to be careful.”

Lillian stood holding onto the table. The whole place shook. The lava in the picture came down the mountain side, right out of the book and onto the table. It scorched, smoked and then set the table top afire.

A young fireman came through the door, punched a code into the fire alarm system and walked over while the building still shuddered.

“Who caused the tremors?”

“She did,” the librarian said pointing at Lillian.

The fireman grabbed a fire extinguisher and squelched the table fire, but the tremors still shook. He took the book from the table closed it and replaced it exactly where Lillian had found it, but that had no effect—the building rumbled on. The fireman and librarian looked at each other shocked. They seemed near panic.

“Dance with me,” Lillian said.

She put her right hand on the young fireman’s shoulder and took his right hand in her left.

He rocked left followed by a slow step and eased into a waltz. She nodded and followed closely. He led her with an engaging slow gait and the tremors began to match their pace—a one two three, a one two three. She smiled and pulled him a little closer, slowing them down. The tremors conformed, grew softer and slowly quieted. He looked at her in wonderment.

“I thought New Orleans was built on mud and clay. Impervious to earthquake,” she asked.

“That’s right. A complete impossibility, earthquakes. Well, except for that one,” the old librarian said pushing his cart away.

“Maybe we should dance more often,” she told the fireman.

“There’s music down by the waterfront tonight. Good band,” he agreed.

“We could save the whole city,” she said.

“We should keep everyone safe.” He smiled.

She grinned. She wasn’t sure whether this was entropy or synergy but sometimes, there was only one way to find out. Besides, she knew where that book was kept.

Edward G. Gauthier maintains a four-to-six-hour-per-day writing schedule and has published flash fiction at StoryShack.com and at PostcardShorts.com. His flash fiction and poetry have appeared in the University of Louisiana’s Southwestern Review. He has contributed to and collaborated in the book Ordinary People in Extraordinary Times and has contributed to the anthology,  Louisiana In Words. Edward has also written articles for the National Writing Project newsletter, The Voice, and for the Morning Advocate newspaper of Baton Rouge.

The absolute best advice I can give to fellow writers:

“Planning to write is not writing. Outlining, researching, talking to people about what you’re doing, none of that is writing. Writing is writing.”– E. L. Doctorow 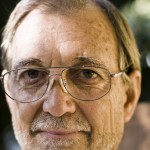