When Mummy Returns
by Angelica Recierdo 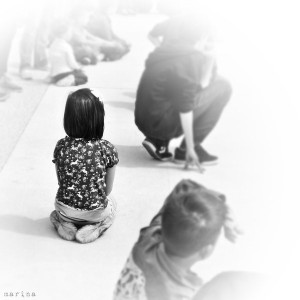 My mom didn’t stay awake during my National Honor Society induction ceremony. Proud, peppy PTA moms fought for front row seats while I knew she sat in the back, her snores startling her into erratic clapping episodes.

Other places she didn’t stay awake at was chaperoning my 5th grade hiking trip and during the first five minutes of Life of Pi when I whispered to her how beautiful the cinematography was. My voice probably got quiet then, trailing off to get lost somewhere in her REM cycle. The only time my mother was guaranteed to stay awake was during her night shifts at the hospital.

One morning home from school for Columbus Day with my sister Annabelle and sticky-fingered from a breakfast of juice and Jolly Ranchers, we approached mom with the caution of trespassors. Her body was limp and curled to one side on the couch. “Is she alive?” Annabelle asked climbing up to mom’s throne of slumber to cuddle up to her warmth. I don’t think she had any sense of our touch. I jumped at that moment wanting to wake her and have her arms flail out to form a hug. Instead four rolls of unused silk tape fell out of her pocket. She probably used this tape to bandage the wounded. The pads of our fingertips brushed over the ridges and Annabelle wore two of them stacked as rings. I tore into them, ripping long and short pieces of the tape and plastering them to mom’s arms and legs. I made her a tape smile too. She looked like a mummy floating on an island of a couch between neglect and apathy. The house was her tomb and we were the keepers of that tomb, thinking we lived in a world wonder when really, building her pyramid tomb was breaking our backs.

Angelica Recierdo is a junior nursing major/English minor at Northeastern University. She straddles two worlds, one of sterile precision and one of creative construction and toys with practicing phlebotomy or mapping sentences in her spare time. Angelica has worked or studied in all of Boston’s major hospitals and is also an active workshopper and member at Grub Street, one of the country’s premier creative writing centers. She is a columnist for The Huntington News and her work can also be found in The Intima: A Journal of Narrative Medicine and HalfwayDownTheStairs. 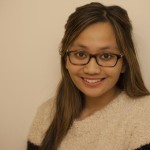