Too Much Oxygen by Robert Vaughan 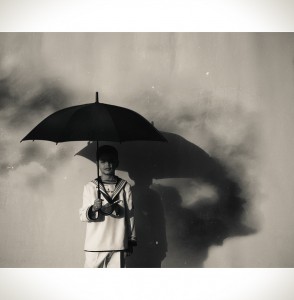 I played tuba in 7th grade. It was by default, none of the other brass players would switch. The tuba was huge, a lot to carry on/off a bus, and forget about placing it overhead. We didn’t have overheads anyhow, this was the 70s. The Waltons. Gas lines. Leisure Suits. That was the summer I was raped.

Strangers stopping at our fruit and vegetable stand would get an earful while they looked for a ripe cucumber. That year the word “stranger” upped a notch. Maybe two.

When he placed his hand on my shoulder, I flinched.

Robert Vaughan is the author of three collections of poetry: Microtones (2012); Diptychs + Triptychs + Lipsticks + Dipshits (2013); and Addicts & Basements (2014). He also edited Flash Fiction Fridays (2011) and is senior editor at JMWW and Lost in Thought magazine. His awards include Micro-Fiction (2012), and Gertrude Stein Awards (2013, 2014). He leads roundtables at Red Oak Writing in Milwaukee, WI. 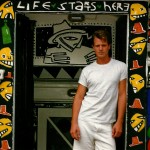