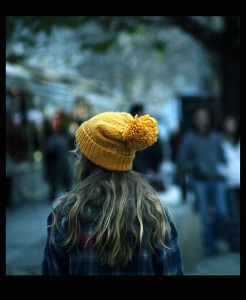 MOSAICS AND RAIN LADEN LOVE SONGS, OR JOURNEYS THROUGH THE BROKEN WORLD IN STORMS

(WINDOW: Castor and Pollux and the Lioness)

Secular and Gnostic at once. I didn’t know her, but we went out a set of doors at the same time and she began to talk. Half native for sure, and half something else. Grown up, risen up, taught up, in America. Travelled. Cosmopolitan. Not pretentious purposely, just saying things like, This is not of paramount importance. Private schools and she had cut her (adult teeth at the least) on things like languages, business acumen, and Paris. That’s okay. Everyone is just a person under the layers. Lonesome. Uncomfortable at lonesomeness because it did not fit her M.O. Non-artistic fashion model. It’s going to pour buckets, one says, but it’s not remembered which, and I LOVE the rain, love it when it is like this. Yet, it held off for a time. Talk. That easy quick talk foiled against a sky threatening to let go itself, a wild libation from an aerial glass. There was a window behind where we sat. It witnessed a destiny meeting. I don’t go in for crowds. Her raiment was a perfect jacket for the weather, and below, a type of deck shoe. Crowds went past, chanting songs, wearing the same t-shirts. A controlled and willful mob. We noticed that both of us wore our own clothing. Is that a match of love? The ones born under her star have a white electrical fleck, a thing of wonder, which flickers in the eye. I met a drug addict once that knew about such an esoteric thing. He mentioned it before I did while talking about another. Anyhow, the rains let out and we laughed, like in a movie or book, and then caught ourselves and stopped. That was normal and whether cosmopolitan or artistic, mediocrity was the enemy. But the rain coming and the upper sounds like trains crashing through constellations. Castor and Pollux and the Lioness by the window, falling into something like kismet.

Vexatious thunder. He closed the door behind him and came out to the porch. The older brother I never had. I, the younger brother he never had. I love to sit out here and watch the storms…It was afternoon, but nearly dark as night. Late summer. Nestled in a decade where the acrimonious future was held at bay by time. If only we knew the trouble of the world. Waiting. He, a non-talker. You know, the trees were small then, I tell you truly, and things were freshly enough painted. There was this hope that people took for granted, like a shoe that is assumed will always fit. We wore it well. The summer shoe, the porch. Do you want anything to drink? Music of the wind, leaves bobbing the road and lawns for their own reasons, in pre-storm winds. Nah, I’m good. And then, fuck if I didn’t see it myself, hail, large hail railing down. Should we go in, I mean, that’s bad, that’s serious! But he didn’t so I didn’t. Chairs pulled back somewhat. The white meteor-like things, artifacts of scientific explanation, sure, but hey, seemingly fantastic, terrible, colorful even though white and clear, adroit, announced, there and here for us. And the street then, vacant, long, with numerable cedar shake roofs, iron gates, garages, wheels, trees, a matrix of phenomenon. What is the world? What is behind things, really? After awakening, it is seen that nothing is behind anything, and the romance of things is lost, the adventure, the seeker is gone. There is a mystery, yes, but it’s a different mystery. I liked it then. Popsicles and skateboards. Thunderstorms breaking out from the afternoon dark. Making things. Feeling a certain electrical hope while sitting outside a front door. An electrical hope under vexatious thunder and by colorful hailstones.

(RAVINE: I, a Loosened Artifact in the River’s Dream)

All manner of weird shit happened there. Beautiful things also. It’s not a projection either. The effluent water, the runoff water from all the surrounding main streets emptied into the beginning of a ravine. No problem. Save for when there was a long storm. Oh. Oh man. I used to look from the second story windows, or from my room where the departed soul of a boy came for help, lost in the after-death world. I looked out from there. Railings, plum trees, a cherry tree, railway ties, black iron gate, and then the near government-subsidized housing right across from affluent neighborhoods. The water level rising, maybe Poseidon getting ready to declare himself. The feeling of the now, the feeling of the moment, the moment, the watcher disappearing, the ‘observer becoming the observed’ and that entire esoteric perennial thought. Anyhow, the ravine became a river- washing over thickets, feral shrubs, crescive brambly worlds. Brown. Brown and then black. A black river. God, you would think if you witnessed it, after thought came in, that it was the end of the world. It bounced, but violently, going along. Even the adults paused and didn’t have the right words, their nomenclature failing amidst the prowess of floods. I, double crowned, hearing spirit sing sad songs of warning, continued to watch. Then I sat down and knew the river was not only out there but inside of me. Psyche and song. Hair sticking up. Lost soul, like the dead boy I could not help. And now, the ravine still waits. It waits for a storm, with rocks latched in by metal grating, with walls and terrene grounds underneath that have a cellular memory of those times, of every storm it has seen. Of the teenager that committed suicide on the adjacent tree, of the quiet ice and blanket of snow in winter, of many things good and bad besides. It winks at me, not malevolently and not happily. It just winks. It knows even I shall be gone. I, like a tumbled river stone. I, if even gone in decades, only a loosened artifact in the small river’s long dream.

(CORRIDOR: Water Sounds Ceilings and I Hope The Roof Don’t Fall In)

One of many machine shops. Myriad working people. Dirty hands. Mine too. Hands to have heads though and sometimes better heads than the so called heads. Horse sense, know-how, a rough hewn sort of true kindness. And if it rains there, onto the metal roofing that houses drill presses, lathes, inappropriate old posters of women by welders’ benches down from spray painting booths, it’s a song. A song of the morning and the morning is broken but not defunct, dangerous but interesting. We were blue coveralls and if we carry a writing utensil it ain’t for poems and stories but for another type of inventory- nuts, bolts, lock-washers, re-wind motors, oil new and used, galvanizing paint, welding torch, PVC pipe, marrets, and so forth. One million things. A chain opens a door, a large receiving bay door. The trucks come in. Another world. Eighteen wheelers. I look to the watery sky. Hopes for something else. Surely, somehow, a person will be met, a connection will be made. I am like the others, but I am not like the others. I am for sure not better, in any way whatsoever, but I am different. I am accepted by them nonetheless. We lift boxes. We laugh at the off-colored jokes of old men, sagacious and in an odd way, finished with the world and its illusions. Time! Yells one of the men. He is dead now. His family sent me a card: We wanted to thank you for being such a good friend to our father. That was like a second home to him. But, it’s all gone. It’s gone to the annals of time. He practiced some strange yoga in the sun. He smiled. If someone took his pencil he grew irate in a half-second. He and he and he. There he would bring fruit and offer others whatever he had. He and he and he. And when the rain came like thousands of small ball bearings in the overcast morning to the shops roof, he and I and the men would pause and look up. Nervous laughter and someone would mention half seriously, I hope the roof don’t fall in.

Tardy. Tardy at first it was thought. But, perhaps truant for all time. Who? The electric light queen, the grand and beloved other. There are parts of her that was seen, so that is evidential proof that she could be. But, it’s not certain. She was supposed to walk down broken asphalt streets in denim. Dark eyes, and if not dark, appearing so, for the sun is gone to slumber. It went down like a neon beet into an invisible astral pocket sewn into the earth.  She keeps talismans and wears eyeliner but is not overdone. Her purse is small and stitched with Santa Fe or South American designs. If you need a coin, she gives it. If she leaves, her absence is felt. But did she really arrive? She has a book you never heard about. Hardly anyone did, yet it is in English and came from somewhere. There are no ink markings on her body, but there seems like there would be. Medium height, heart wounded but open, like the picture of Christ. Is she an Amma? It is not known. But she is somehow a mother to all. Her shirts are cotton and while she knows about mountains and the small summits, she traverses cities also. Hair. Whisps. Ideal. Perfect for her imperfection- a small scar, a nail paint that is peeled, a wrong turn. Human. She is waiting, if true, and the clouds cover the metropolis by a crowded bus stop. Her soul is flexible in an otherwise intransigent time and place. She is a hope meter. Stepping forward, apart from the crowd, her hand is held out. Black coat now, a new day, what is this? – what is this? – the electric light queen wears a business suit- black and nondescript. Her hair, once wild, somehow valorous, is understated. Her power still exists. It is from within. She looks like everyone else. She is extraordinary in her ordinariness. It’s not going to be a big storm after all, but we will get some holy rain and wind at the least. It lets us know we are alive. It shakes somewhat the make believe earth. And the queen? The queen at once ancient and new, kind and without judgement. She is testing for rain. She can feel its beginnings. She knows. She knows what she knows. She knows the rain and well enough.

Brian Michael Barbeito is a Canadian writer and poet. The author of the collection of short fictions called Chalk Lines (Fowl Pox Press, 2013: cover art and design by Virgil Kay), he is also an amateur photographer of rural landscapes.https://twitter.com/BrianMBarbeito 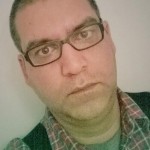