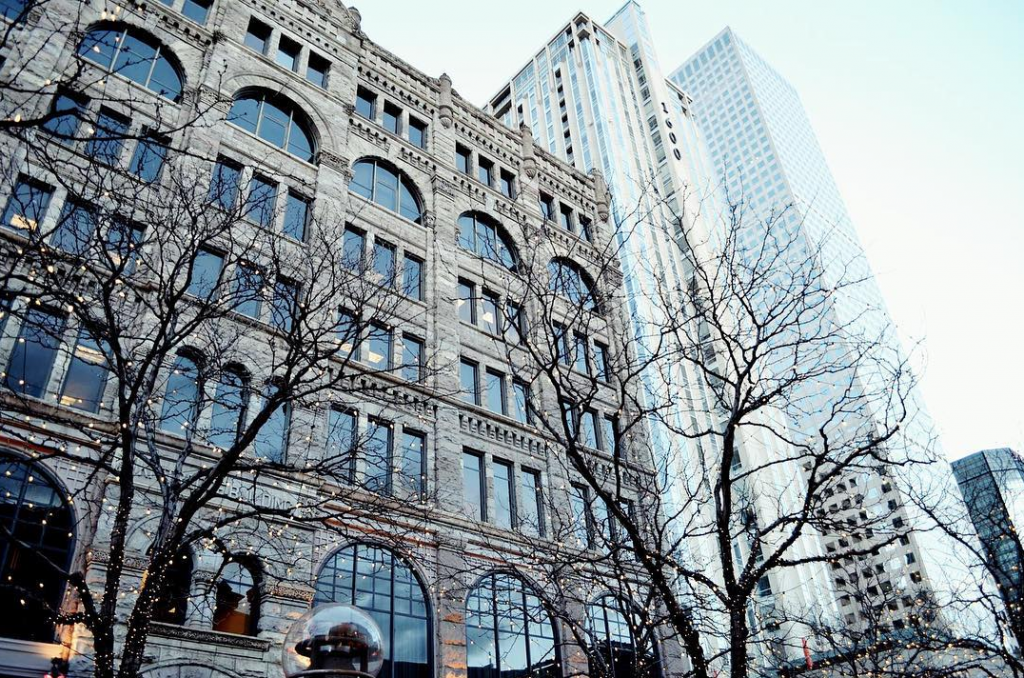 I dug the poster out of the bottom of my cedar chest just the other day.  Don’t ask me why.  “MISS SUBWAYS” was printed across the top in big square letters.  Below that, this is what it said:

MARY ANN COSTANZA
This gal Friday from Bensonhurst loves to cook, read and play the violin.  Her thousand-watt smile can brighten any day of your week.

The young woman in the black and white photo had a bobbed hairdo, thick dark brows, a wide smile with a little gap between her top front teeth.

“That was you?” Bev Kaminski said when I showed it to her the other day.

“In my younger days.”

“Right up there next to the Bromo-Seltzer ads.”

“They did away with it in the seventies, women’s lib and all that.”

“Only for a couple of years back in grammar school. Turns out, I wasn’t very musical. I wasn’t much of a reader either.  It was mostly romance novels, but I had to make myself sound interesting like the other girls.”

“I took the poster out because I want to show it to Maurice. Maurice was such a successful man.  He was a banker, you know.”

“Me, I don’t have much to show for myself except for being Miss Subways. What do they call it?  My fifteen minutes of fame?  Anyway, I decided I want to show it to Maurice.  I decided last night.”

“Oh brother!  Mr. Chevalier, he’ll just eat that up.”  Bev rode out the door in her power wheelchair, shaking her head.

Maurice has a formal way about him. Bev says he’s a phony.  She calls him “Mr. Chevalier”, after the French actor.  She’s just jealous.

Maurice is a kind soul. You should hear how he talks about his late wife.  High school sweethearts they were, married forty-one years.  “I miss her each and every day,” he told me.  He had tears in his eyes.  It was nothing like that for me.  Joe was old school.  He was a good provider, I give him that, but he thought it wasn’t right for a man to show any kind of emotion.  He made sure he brought me flowers on Valentine’s Day, but that was it.  Big deal.  An “I love you” once in a while would have been nice. As much as I tried, I couldn’t even bring myself to cry at the man’s funeral.

I met Maurice right after I moved in at Legacy Oaks.  It’s one of those assisted living places.  It’s nice, but it still isn’t home. I have my own little apartment, a one-bedroom.  It has a living room and a kitchenette.  I wanted to stay in my own place, but my daughter Carol said it was time.

It was lonely at first.  Bev has the apartment next door, but she isn’t exactly my cup of tea.  Then I heard about the euchre club and decided to give it a try.  That’s where I met Maurice.  His regular partner had broken her hip and had to go in the nursing home, so he took me on.  I guess you could say we were an item now.

Maurice is small but elegant.  His hair is still thick, wavy, his thin white mustache perfectly trimmed. Goes to Mass every Sunday too.  They take a van over to St. Andrew’s for whoever is interested; Maurice and I ride together.  He’s a catch.  Bev isn’t the only one that’s jealous.

Maurice comes by every afternoon around two.  Tuesdays and Thursdays are euchre days, Fridays it’s line dancing.  Since it was Wednesday, we were just going to go downstairs for coffee.  The poster was sitting on the table in front of me as I waited.  It had yellowed after all these years.  I tried to smooth it with my hand but the edges still curled. It did seem like a big deal at the time, but now I was starting to wonder if the whole business looked a little cheesy.  I was ready to chicken out, put the poster back where it came from, when he tapped on the door and barged right in.

He was wearing his yellow cardigan over a robin’s-egg button down.  His khakis were neatly ironed.  Maurice is clean, more than I can say for most of the gentlemen at Legacy Oaks.  He walked over and gave me a peck on the cheek.  Even his breath is clean.  His eyes went right to the poster.

“That was me. Back in fifty-seven.” I started feeling hot, nervous about how he would react.

“Why, I remember those placards. I would stare at them when I rode the train to work every morning.”  I exhaled.  “I would daydream about all the pretty girls. And it turns out one of them was you! Isn’t that marvelous?”

“Joe didn’t think it was marvelous.”

Carol tells me I talk too much, but Maurice is a good listener. He seems to hang on my every word.  He makes me feel important.

“I was working as a receptionist at Collier Advertising. We handled the account for the transit authority.  Mr. Reilly was my boss.  One day, he asked me if I was interested in being one of the models.  He said I had the perfect smile.  I was flattered, of course.  He was a big shot, a vice president.  Good looking too.

“I decided I wasn’t going to tell Joe.  We were just keeping company at the time.  I figured I would surprise him.  Some surprise!  Oh, was he mad when he found out!.  I thought he would be proud, but no.  He said he didn’t want the woman he was going to marry plastered all over the subway, millions of men looking at her every day, thinking who knew what thoughts.”

Maybe I shouldn’t have said that. I looked over at Maurice and he had this sheepish look on his face.  I didn’t mean to embarrass him.

“My father took Joe’s side,” I said.  “He told me I was making a spectacle of myself.  He wanted me to make Mr. Reilly take them all down, but of course he wouldn’t.”

“You actually asked this Mr. Reilly?”

“What else could I do?  Joe insisted.  But Mr. Reilly told me it was too late.  Besides, he said, I had signed a contract.”

“So how long were the placards displayed?”

“All of April, most of May too.  Those were a long couple of months.  It was almost the end of us.”

“But you kept the placard anyway?”

“I couldn’t bear to throw it away.   Mr. Reilly gave me a copy.  He signed the back of it with a personal note.”

I turned the poster over to show him.  The thick black ink was fading, but you could still make out the words: To the best secretary ever.  And a good sport to boot.  You’re swell!  Wm. Reilly

“I kept it in my desk drawer.  Then when I quit to have my family, I brought it home and put it in the bottom of my cedar chest under my wedding gown and the rest of my trousseau.  I knew Joe would never find it.  He wasn’t the type to look through all my things.  I never made a peep about it ever again.  The poster, Mr. Reilly, nothing.”

“You never even showed it to your daughter?”

“Are you kidding?  And have her say something to Joe?  The two of them were thick as thieves.”

“She still doesn’t know.  She would just laugh at me now, anyway. No, I never told another living soul.  Only you.”  It was a small fib, a white lie.  I didn’t want to tell him that I showed it to Bev and that she laughed at me.

“So you kept it a secret for so long, why tell me now?”

“I don’t know.  You had such an exciting life.  Board meetings, trips on the company jet, vacations in Paris. Me, I don’t have a lot to show for my life.”

“Nonsense.  How about your children?”

“A daughter that doesn’t like me and a son who never calls?  Anyway, it probably sounds silly now, but being Miss Subways was a big deal to me. It made me feel proud.   I wanted to tell you so that maybe you would feel proud of me.”

“And Joe never brought the subject up again?

“Not a once.  And I knew enough to keep my mouth shut too.  Joe was the jealous type.  God forbid if I even talked to another man.  And Mr. Reilly was a handsome chap.”

Maurice was looking at me like he was expecting more.  Carol always tells me that I don’t know when to shut up.

“Joe said I must have something going on with Mr. Reilly, otherwise why would he ask me to do such a thing. I was just a greenhorn from Brooklyn, he said.  He called me a whore.”

“Nothing was going on, I told Joe.  Not that I didn’t have the opportunity, mind you. One night we were working late, just the two of us were left in the office. Mr. Reilly comes up behind me while I’m at the filing cabinet and puts his arms around my waist.  I pushed him away. ‘No sir,’ I told him.  ‘I’m not that kind of girl’”.

“I never told Joe nothing about that, of course.”

“Why?  You did nothing wrong.”

I felt like I could tell Maurice almost anything, but I couldn’t tell him all that happened that night in the office with Mr. Reilly.  Maurice was a devout Catholic and adultery was a sin.   I couldn’t tell Maurice what I told Father Fedele in the confessional all those years ago, but somehow it seemed like he knew. He got this serious look on his face like I hadn’t ever seen before. Everything got real quiet.

Then he patted me on the hand and smiled, but it wasn’t his usual smile.  It didn’t feel warm.  I wondered if it was sincere.

“How about some coffee,”  he said.

Ralph Uttaro’s short stories have appeared in Literary Orphans and in numerous other publications, including The Cortland Review, Blue Fifth Review, decomp magazine, Apeiron Review and Toasted Cheese.  An attorney by trade, he lives with his wife Pamela in Fairport, New York 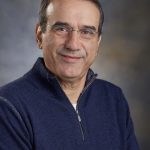