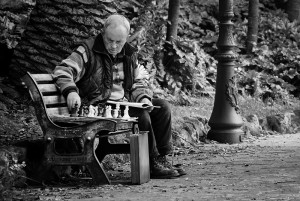 The joke is that Barry’s a real prodigy at programming computers. He’s in the seventh grade, he wants to go on to college, and he has the English proficiency of a fifth grader. His teachers say he taught himself to write algorithms from code years ago; yesterday it took ten minutes to show him why ‘there’, ‘their’ and ‘they’re’ aren’t interchangeable. How is it possible that the only code he isn’t good with is the one he was taught from birth, the English language?

It was Valentine’s Day, and we had delivered two hundred arrangements that morning alone. About noon, a young lady walked in and asked who had gotten flowers from a Mr. Kurt Larsen. A straightforward way to find the other woman—or women, actually; we’d made five deliveries for Mr. Larsen. I started to explain that we don’t give out that information, and stopped when I saw the hollow-point bullets in the lady’s revolver, facing me and looking very unfriendly. She walked out of the shop with the order form.

Luckily we had computer records, and when I called the police, I was able to give them all the names and addresses. They assigned officers to guard Larsen and the five women, one of whom they couldn’t find right away. She was the one who came to my shop, and I’m happy to say she was nabbed with no one hurt. Until now, I never realized I was in a high-risk occupation. Of course, there was the lawsuit; a filly got scratched for a month because our victory blanket gave her hives.

The Wargaming Club was on base before the general was even a cadet, but he’s the one who made such it a big institution. I understand that it started out two nights a week in a back room of the old Officers Club. It’s on every night now, in a floating venue, and open to NCOs since at least the eighties. The general doesn’t show up much anymore, but word gets to him about who’s playing…and who’s winning.

There are all kinds of official criteria for promotion in the service, and they’re all squat; the commanding officer promotes whoever impresses him the most. And the general believes that somebody who wins at Squad Leader or Avalon Hill games can be expected to make the right tactical or strategic decisions in a real war. The NCOs who play and win are the ones he recommends for OCS. The officers who play and win are the ones he promotes, and officers who stop getting promoted are discharged. It’s been a long while since we fought wars in the Middle East; stop-loss is a fading memory.

My opponent for tonight is Lieutenant Colonel Endicott from Ordnance. We’re playing Luftwaffe; I’m the Allied player, and I have to bomb Endicott/Hitler to stop production of Axis war materiel. Unlike Hitler, Endicott is a hard man to think of as an enemy. We’re on base and still in uniform, but he always addresses me by my first name, never as “Captain”, and makes genuinely friendly small talk while we fly missions against each other. Wargaming does do something to sponsor collegiality in the ranks. It’s possible for a buck sergeant to sit across a table from the general himself, and I almost forget I’m playing against a superior officer. The two-hour time slot ends with no clear advantage, so we schedule our next meet and go home. I spent every unstructured minute since our last meet mulling what moves I should make tonight and how Endicott might respond. Whatever the general’s good intentions, I think this is all counter-productive. I joined the Army to fight for my country. How does fighting to get the pensions of other good men make me any better at it?

You’d think I get nothing but pensioners and minimum wage workers, raggedy people who can’t make it to the next paycheck. You’d be wrong. A few times a month, a well-dressed person with a fat salary comes in for an advance. Every time, I wonder why. Bad investments? Gambling debts? Alimony or child support? I don’t ask and they don’t offer, except once. He was a doctor, about thirty, and worked at a state prison. He said the balloon payment on his student debt had wiped him out, and he needed an advance for just this month. I told him it could be worse; he could be paying through the nose to get some old guy’s practice. He waited till he got the check, and said “That starts today.”

It’s like brain surgery or cutting a diamond—you prep like hell, because the stakes are high and you’ve only got one chance. I have to bring down a two-hundred foot office building that has three others huddling up against it, one behind and two side-by-side. I’ve spent weeks studying the blueprints and contractor’s notes, and taking material samples. When the area is cordoned off, four hundred sixty-eight remote charges at critical load-bearing points will go off simultaneously, and the Greenglass-Hartman Building will collapse. It won’t leave any big leftover chunks that have to be finished with a wrecking ball, it won’t tip into its neighbors while falling, and there won’t be any outward-directed shrapnel or concussion waves to knock holes in said neighbors. At any rate, that’s the plan.

At the big moment, I arm the radio detonator and hand it off. The whole works comes down, straight down into a very flat pile, and when the dust settles enough, I can see there are no rents in the cladding we put on the neighboring buildings. The crowd outside the ropes cheers and applauds; I just feel grateful nothing went wrong. Never yet have I personally set off the charges. I always give the privilege to the mayor, a local celebrity, the owner of the new building going in, or, this time, a guy who was chosen by a drawing. I know why. If something ever does go wrong, I want to be able to point to whoever’s holding the detonator and say “He did it!”

Robert Laughlin lives in Chico, California. His “Men at Work” stories will be collected for book publication at a later date. Mr. Laughlin has published 100 short stories, two of which are storySouth Million Writers Award Notable Stories. His website is at:
www.pw.org/content/robert_laughlin. 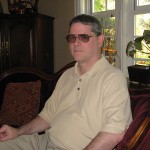