Matters of the Heart by Merran Jones 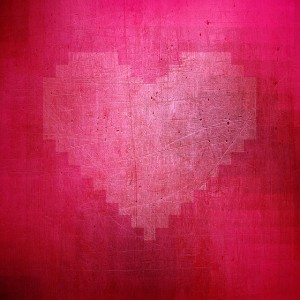 All through Jeff’s thirty-ninth year, Teresa held her breath. As the time they were together grew, so did his waist. He’d lie in bed, light drifting over his hairy dome of stomach. Pinched as a lemon, Teresa would roll over and pray.

Bones don’t give you five chins.

Food is close to my heart! He’d wave his bull-terrier fists.

It’s close to every part of you.

Jeff had a talent for vegetating—roots well entrenched in the couch. Teresa tried to enforce an exercise regimen: they would jog every morning.

You start, he said. I’ll meet you in the bakery at the end.

So Teresa ran every dawn until her feet stopped talking to her. Meanwhile Jeff lay in bed and farted.

She bought him a gym membership.

How was the gym tonight? she asked when he came home.

Jim was great thanks! Sends his regards. Jeff emitted a beery burp. His sand-baggy trunk slumped into the chair.

The scales sat in the bathroom, laced with dust.

You’re dying a slow, cardiovascular death! You’re opening the door to diabetes! I’m a nurse, I know these things.

She’d sit in the dark, caffeinating her stress into a syndrome, clutching her mug with rawboned hands.

You’ll make yourself ill, he said one night, emerging from the bedroom, gut yawning beneath his vest. Us Turners have good genes. I’ve got years yet.

Teresa was unconvinced. She continued to run every morning, her drivenness driving her. She returned one day as Jeff emerged from the shower and began the Dance of the Snug-Fitting Trousers.

How ‘bout, he puffed, I start trying to eat a bit healthier?

In truth, the night before, his heart had given him a pinch; right after he’d finished a 42 oz steak.

His resolve lowered her stress by 20%. She steamed him spinach and made cabbage juice.

This is not a good ratio of labour to satisfaction. Jeff battled with a grapefruit. His blunt knife and lumbering hands no match for its skin.

After a few months, Teresa’s fear percolated again. She’d seen no difference in Jeff’s girth. The scales were back in the corner. She suspected he binned his vegetable soup at lunch.

It’d be fine if I didn’t have a mouth.

Ten years on, little had changed for Jeff, except he sat in the waiting room of intensive care, hoping for good news about Teresa. The stress of worrying about him had brought on her heart attack.

Life has a black sense of humour.

Merran Jones is an Australian physiotherapist and a young mum. She’s been writing for a couple of years and spends a lot of time not working on her first novel. Since 2014, her work has appeared in: The Legendary; Beorh Quarterly; Alfie Dog Fiction; Writer’s Forum; Foliate Oak Literary Magazine; Seizure Online; Tincture Literary Journal; Darker Times Collection Volume Two; One Page Literary Magazine; was commended for the KSP Speculative Fiction Award 2014; and has been nominated for the Write Well Award 2014. 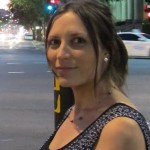