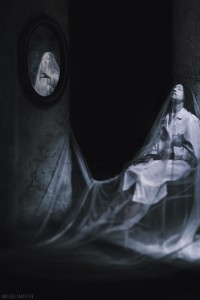 Mama was your first word; a two-syllable sound that you whispered year after year for one hundred and forty-four moons. By and by, your words changed to: fuck you, whore and don’t talk to me… I hate you. I never knew how you found this voice built of straight razors and hatchets. Small wars fought at dinner tables and living rooms.

I took exile in hamlets with tapestries hewn of dreams and diversions. I never thought you noticed. Your face frozen on the screen, lost in a world of make believe foes. We lived as ghosts, occasionally materializing in each other’s terrenes.

My heart scattered to unfamiliar parts. Arms to the open sea. Eyes to the evening sky. My liver landed somewhere in Spain. Every little bit of me wandered far from you.

You found your voice after four thousand days, a gentle ebb that brushed against my ears as they had remained behind. You called out to me, Mama, but I couldn’t get you, for I was already gone.

A graduate of the Nova Scotia College of Art & Design University, Susan Lloy has published widely in Canada, United States, Europe and Australia. She is a writer of short fiction living in Montreal where she plots her escape to the wild Atlantic coast once again. 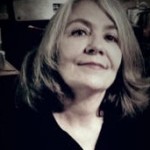