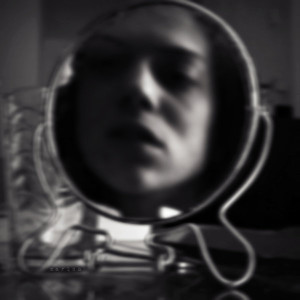 Are you sitting on cement? Whatever you’re leaning against is rough and cold. Opening your eyes seems like too much effort. All of your attention centers on the chill that permeates your body. You retreat into the dark inside your skull.

When you wake again, the first thing you see is the word SLUT scrawled in black magic marker on your arm. It doesn’t make sense. Why is SLUT written on your arm? Your head is throbbing, your mouth dry. Your body aches. Where are you? The cement under you is so cold. You look at the blue metal dumpster beside you, and then shift your legs, suddenly aware that you’re naked, sprawled against a cinderblock wall. You raise your hand to your face. Dried vomit is crusted on your cheek and right shoulder, where someone has written HA HA. Who? Your breasts have been circled in black marker like targets. A large arrow points downward, past your navel, to your vagina. Your inner thighs are sticky. Semen? Whose? You begin to shiver, overcome by a wave of nausea, and bend over to throw up a thin trickle of yellow saliva. Where are you? Where are your clothes? You feel a spurt of panic. You pull your knees up to your chest.

You can hardly remember the night before, only bits of it. Two older girls in the dorm invited you to a party and you were flattered, excited. “Me? You want me to come?” They didn’t ask any of your roommates, just you. You dressed carefully, in tight jeans, black lace-up boots, your favorite pink t-shirt with lace inserts on the shoulders, your faux fur jacket. You looked good, your hair long and shiny, just washed.

The downstairs rooms were noisy when the three of you arrived, hot and packed with people talking, laughing, dancing. You put your jacket on the back of a couch. Is it still there? The music was loud. Some guy gave you a Gatorade with vodka, and then another, and then he disappeared and you were dancing with some other guy who said he was a senior. Broad shoulders, Ben Affleck cleft in his chin. “You’re really cute,” he said, leaning forward to whisper in your ear. He asked you if you wanted to go up to his room for a private drink but you said no. Didn’t you?

The gray morning light hurts your eyes. Your brain feels like it’s floating in the pale ether above, detached from the leaden weight of your body. You’re in some kind of alley. You can see piles of cardboard boxes and garbage bags brimming with thin ribbons of shredded paper. Your pink t-shirt is draped on one of them, stained and twisted. Your jeans and boots lie on the ground nearby. You don’t see your bra or panties or socks. No jacket. You concentrate on reaching for the t-shirt but it’s hard to lift your arm, and the t-shirt is too far away.

“Let’s play a game,” he said. Didn’t he say that, handing you a shot glass with something blue in it? “What kind of game?” you asked, flirting. You downed the shot. Maybe another after that? You strain to remember. It was a game. You remember that part.

You shrink back at the sounds of banging and clattering farther down the alley, your heart racing. Should you call for help? Not now. Not like this. Edging behind the dumpster, you pull your legs in farther, wrapping your arms around them. You fight another surge of nausea, and close your eyes to make yourself invisible. Your breathing slows as you drift, enveloped by the dark. You’re somewhere else.

“Want to play a game?” You and your older brother played hide-and-go-seek on summer nights back home. You remember huddling behind the neighbor’s stone wall, breathless, suppressing your giggles, as he called out, “Kell-eee, Kell-eeee.” Bats squeaked as they circled overhead in the lavender twilight. You could smell the honeysuckle on the wall, sweet and sharp. The air was cool on your skin. “Kell-eeeee.” His calls grew louder as he came closer, faded as he reversed direction, then grew louder again. Your heart thumped in anticipation as you crouched, ready to flee. Any moment he might round the corner to tag you with a triumphant cry. “You’re It!”

Jacqueline Doyle lives in the San Francisco Bay Area with her husband and son. Her flash prose has appeared in Vestal Review, Sweet, elimae,Monkeybicycle, The Rumpus, Prime Number, Café Irreal, and elsewhere. A recent Pushcart nominee, she also has a “Notable Essay” listed in Best American Essays 2013. Find her online at www.facebook.com/authorjacquelinedoyle. 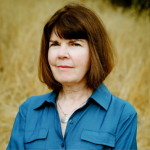