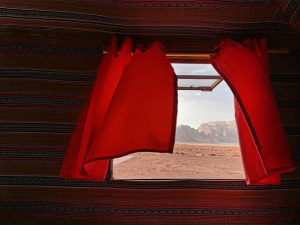 It had been a terrible idea to come home on the weekend of her mother’s sixty-fifth birthday. I am an emotional hostage to circumstance, Sophie thought. Without seeming to sabotage her mother’s happiness, there would be no way to counter her mother’s barbs about the raw nerve, a visibly inflamed thread trailing from her shoulder and dangling down her bare arm. In a bathroom at O’Hare Airport, she had tried to spool the nerve’s tail-like axon around a pencil and tuck it into her pocket, but its sheathing had resisted every effort to shape and contain it. She had bunched its dendrites into a ball and tried to wedge it into her purse, only to grow dizzy with pain. Finally, she had held the nerve beneath running water to soothe it, and observed by horrified strangers, pressed it against her arm and plastered its wispy extensions to her skin with moist fingertips. It had retained the appearance of a faint, almost elegant tattoo for less than twenty minutes. At the baggage claim, the nerve peeled away from her skin and assumed a lurid scarlet cast that only deepened during the cab ride to her mother’s house. Now, Sophie was sitting on her mother’s floral-patterned couch, staring at the ice cubes melting in her glass and trying to ignore the throbbing nerve resting on the cushion beside her.

“If you wore age-appropriate clothes, you could cover it up,” her mother said.

“All sorts of people my age—”

“Why don’t you find something in my closet. A scarf. Or wear my zebra-print sweater. People are coming over tomorrow, and you don’t want them seeing that thing. It’s disgusting hanging out like that.”

The nerve ending flared, and Sophie felt a spasm in her shoulder. “I can’t wear your clothes.”

“I didn’t want to say anything, but you do look heavy.”

“The problem isn’t my weight. It’s your style.”

“Put on some make-up, at least. You can use my foundation, assuming you don’t have any. You never liked makeup. Always the tomboy. The last one to start wearing a bra. Couldn’t try out for the pep squad. But then you couldn’t have been a cheerleader dragging that hideous thing across a basketball court.”

“Maybe I don’t spend all of my time worrying about what other people think.”

“Obviously, but it’s festering.” Her mother took a sip of wine. “You’re never going to find a man with a raw nerve hanging out for everyone to see.”

“What makes you think I’m trying to find a man?”

“OK, maybe I’m wrong. It’s just that you’re forty-three years old, and you haven’t found anyone decent in all that time.”

“Could you not exaggerate? It’s not like I’ve been dating since I was a baby.”

“You know what I meant. You don’t need to act like a lawyer, just like your asshole father.”

“Could you leave dad out—”

“When you were little, I told him a million times we should have that thing removed,” her mother said. “It looks like a fresh bruise forming on an old bruise. It reminds me of when you used to hit yourself in high school. Remember how you used to do that?”

“Well you’re an adult now, and it’s the kind of thing that puts people off. Maybe you’d finally get a promotion if you covered it up. You wouldn’t still be driving that rust heap.”

Sophie gathered the nerve in her hand and made her way to the makeshift bar set up on her mother’s buffet. “Not everyone has to have surgery for every little thing.”

Her mother lifted her fingertips to the pinched skin beneath her earlobe. “I’m just trying to help, and this is what I get. Attacked. It’s genetic, you know. Your Uncle Marty had a raw nerve, and he was always getting into fights.”

“It’s not always like this.” Sophie rested her exposed nerve on the buffet. “It just started acting up on the flight.” She filled her glass and dribbled some whiskey on the nerve. It twitched, soaked up the liquid, and extended its dendrites toward the bottle.

“Drinking too much won’t make it go away,” her mother said.

That night, she lay in her childhood bedroom, a museum of misery, tossing and turning and staring at an old clock-radio. She turned a sticky knob and watched a dial slide over tiny numbers, noting the nerve’s violent reactions to each static burst. This needs to end, she decided. At midnight, she re-packed her duffel bag, slipped into the hallway, and peered over the bannister, into the living room, where her mother was sleeping in an upholstered chair bathed in blue television light. She imagined her mother waking at the sound of the front door, returned to her bedroom, and opened a window. She threw her duffel bag down to the lawn, climbed onto the sill, and, placing her faith in a soft landing, pushed away from the house. The nerve caught on the window’s hand crank and stretched taut. For an instant, she dangled in the air as if suspended by aerial silk. Then the nerve slid from beneath her skin like a thread drawn from an unraveling sweater and snapped.

When she picked herself up off the ground, blood was trickling from her shoulder, and the detached nerve was a glowing red filament trailing from the window and fading like the wick of a blown-out candle. As the nerve vanished against the starless sky, a deathly silence settled upon everything and stifled the chatter in her mind; all at once, she felt reborn and exquisitely numb, blissfully indifferent to the prospect of concealing her lacerated shoulder beneath a zebra-print sweater and watching her mother extinguish dozens of tiny pink birthday candles, one by one, until darkness consumed everything.

Alice Hatcher is the author of the novel The Wonder That Was Ours, winner of Dzanc Book’s 2017 Fiction Prize and a 2018 Eric Hoffer New Horizons Award. She has published fiction in numerous journals, including Alaska Quarterly Review, Notre Dame Review, Monkeybicycle, and The Beloit Fiction Journal. A former academic Historian from Chicago, she currently lives in Tucson, AZ. Her work can be found at www.alice–hatcher.com. 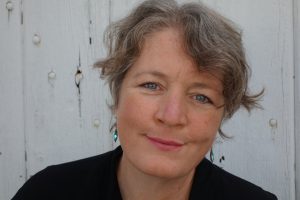