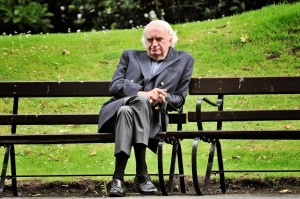 And it was known as Bally-something, from the Irish báile, which means town. There were hundreds, thousands of Bally-somethings dotted around the country, for the Irish people were not ones to change a wheel that was not broken. Closer to the Pale, to those areas that had been invaded and re-invaded so many times that they had become broken, there were fewer of them; more fords, and pools and bays that had lost their old names and had taken on new ones.

The bees were the pride of the town. Only a few families knew the knack of knowing when the bees would swarm; the new queen searching for a home. Come swarming season, the Burkes and the Hanlon’s and some few others would be posted around the village, armed with sugar-water and bee boxes. The town at that time would be filled with an almost constant low moan, a subterranean buzz. A sound that got in behind your teeth and stayed in your ears even after you moved away. An everyday noise, one that was mimicked by traffic and washing machines and cattle lowing; an anxious noise, not quite alarming, just one that set your nerves on fishhooks and left them there, waiting for the pressure that would bring true pain. And so the bees came, and the honey was sweet.

They considered themselves small-town folk, more so when the estate agents came with their measuring tapes and the trucks came loaded with plaster. Despite a few minor protests and failed petitions, the influx of people were hastily welcomed into the bosom of the town as the buildings grew tall and proud, signs urging passers-by to invest, to believe, to bring prosperity and peace to the town. Now they stood still, looming over the one roundabout and sheparding the road away to Dublin. They stood empty and grey, with only faded for sale signs and the occasional discarded yellow helmet as witness to what might have been.

The priest, Father Gildea, was an odd man, filled with some strange duality that at once made him consider himself the servant of the community and its master. A man who would have been better suited to the 50’s, or even the 80’s, Father Gildea took the new millennium in both hands and refused to let go. Aware of the waning power of his almighty Family, he considered it his sole mission to restore both faith and Faith in the Catholic Church.

He was tireless in his visits to the old folks, to the point where the elderly of the community had taken to turning off all the lights and hiding in the back kitchen once it was known that he was on his rounds. He would often be seen of a Saturday morning trailing bag and pointed stick, collecting any rubbish that might have dared to sully his precious roads. Children learned to expect a brief sermon if they happened to pass by, but they also knew that if they maintained an interested silence for five minutes, they would be rewarded with an ancient black-and-white mint humbug that would stick their jaws together for an hour.

He set up support groups for young mothers, counselling services for drug addicts, literacy programs for those who had left school too early. He even set up a Twitter account,  but closed it shortly after realising that anyone, anywhere, could read and reply to his musings.

He attended each and every gathering that took place in the town, whether it be about next year’s Community Games or the problem of dog shit along the river path. He would never take a leading role at these meetings, rather he would sit in the back and observe, as if for any decisions to be made about the town, it would be in his presence. People invited him out of embarrassment, but they soon stopped when they realised that if he wanted to be there, he would find out about it. An unfortunate misunderstanding occurred when some of the elderly men had gathered  to discuss the matter of failing virility in the safety of the back booth of the local pub. Standing watch over the proceedings was Father Gildea, perched at the bar but just within hearing distance, half-pint of Guinness in hand, sipping carefully to ensure no froth took up residence among his meagre chin-fluff.

On occasion, however, his temper was known to flare up, as if each and every wrong and irritant was carefully noted and filed away in a cabinet that had limited space. Once that space was gone, whatever it was that had caught his eye – a lacklustre response to the collection plate, a car parked irregularly at the graveyard, a single word of blasphemy – would be sand-blasted by his tongue for as long as his breath held out. Crows would take off in fright, and the unfortunate victim would be sliced smaller and smaller by his accusations.

‘Salach ortsa,’ he was known to say, in lieu of any vulgar Anglican curses.  But after his rage was spent, he would then retire to his house beside the chapel for a day or so, and emerge with his filing cabinet empty once more, ready to take on the minor insults and annoyances that are a priest’s lot in a small town.

He was, then, at once a figure of respect and pity, an embarrassment, a community leader, a man to fear. And he took all these roles upon himself and performed them all perfectly

Tommy Hanlon was a beekeeper in name, a drunk by trade, and a bastard by nature. Father Gildea and Tommy Hanlon had been sparring for as long as anyone could remember. Tommy was a man who described himself as anti-Catholic, which in a way, made him all the more Catholic. He loved to make all sorts of outrageous blasphemies, especially in the presence of Father Gildea. Knowing as he did that giving contrition was something bred in the bone for most Catholic priests, he would finish each sentence with ‘Ah, forgive me father, God forgive me,’ before continuing on to his next topic of choice, whether it was the Maggie laundries, or the pope’s latest gaffe, or the abortion debate. Father Gildea, true to his Catholic soul, was forced to immediately accept this minor act of contrition and would then fume in silence and pass dirty looks Tommy’s way, looks which were noted and counted and stored away for personal amusement later.

But Father Gildea made just as sure to count up every wrong and file it away. Tommy Hanlon kept bees, as his family had for years.  It was a hobby, nothing more – his real money came from a long unchecked disability payment due to a fall from a ladder in the late 90’s – but a pot would always be worth a few euro, or a round of drinks, or a dept unpaid.

Every Lent, Father Gildea would extol the virtues of abstinence from the pulpit and to the people he met on the streets, reminding everyone that Lent was to be a time to refrain from the sweeter things in likfe. While not every ear listened, there were enough. The newcomers, who came from the cities looking for a place with ten square feet of grass, enough to build a swingset or a water feature, did so just to fit in. The old folk listened, perhaps out of piety  and perhaps out of some natural fondness for bitterness that often emerges in later life.

Not to put too fine a point under it, he would attend pancake Tuesday at the local primary school every year, smiling at the children, helping them to mix the batter and sharing in the feast. But each year, he would tell the children about its origins, about the 40 days and night, and the importance of using up all the sweet things before the time of fasting began. The children would listen, and hear about Jesus and sacrifices and the sweet things of the world, too bloated and sleepy to do otherwise, his words flowing like melting beeswax.

And the children would go home and earnestly repeat the message to their parents, who would feel the guilt of the lapsed Catholic and resolve to play along this time, to make an effort this lent; to get healthy, and join a gym, and do a detox, and generally right all the wrongs in their lives. And so when Hanlon offered a jar or three in exchange for some small favour, the people would shake their head and say, ‘Not at this time of year,’ ‘or the wife’d kill me, she’s mad for those artificial sweeteners these days,’  or ‘I’m watching the waist and the soul.’ They would laugh, but look expectantly at Hanlon, until he was forced to hand over a few euro. And so Hanlon’s stores of honey would build up, while the parishioners took their tea black and their porridge plain.

And then one day, Hanlon and Gildea met in the queue for the town’s only bank. Each was embarrassed, the priest for having to acknowledge something so vulgar as money, and Hanlon for having the Church witnessing his private business, or so he saw it.

The two men entered the building at the same time, and after much after-you and after-youing, Gildea went first in the queue, with Hanlon just behind. There were two tills in this bank, a meagre white affair that was lushly decorated with leather waiting sofas and pots of fake flowers. Both young women behind the glass were relieved of their last customer at the same time, so the two men stepped up together. Both men struggled so hard not to overhear the other, while overhearing at the same time, they could barely concentrate on their own business. All they could glean from the whispered conversations next to them was that the other was not pleased about something. Muffled arguments took place at both tills, while the queue behind Hanlon and Gildea grew even longer. Finally, the two men turned to leave, again in tandem, refusing to make eye-contact with each other, or even to acknowledge the possibility of the other’s existence in this infinite universe of chances.  Although they lived in the same direction, each tried to turn the opposite way to avoid the other, an action that caused some unfortunate starting and stopping. Eventually, Hanlon and Gildea extricated themselves from the muddle and left, each hating the other all the more for witnessing whatever it was they had witnessed.

So in this bally-something, this báile beag, as the wind echoed around those concrete giants – not through them of course, the revolutionary space-age insulation material in the walls took care of that – things went on as they always had. Sugar comes and sugar goes, but honey sticks to your teeth.

Sheila Armstrong grew up in Sligo, Ireland and now lives in Dublin city centre. She is 25 years old and works as a freelance editor. She is currently working on her first collection of short stories. 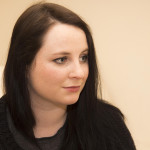