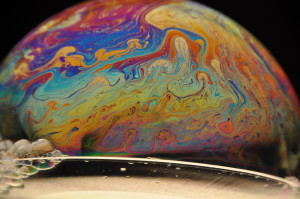 “Well, it says here Hatawa”. Riordan tapped the computer screen with his pen.

“It does not say there Hatawa, because Hatawa is not my name. I don’t even know if Hatawa is a name, but if it is, it certainly isn’t my name because my name is Natasha. Natasha Katko”.

“Yeah, I got the Katko bit alright”.

“You got the Katko bit alright, now you have the Natasha bit alright too. Natasha Katko. I’ve been working here since the summer; since the beginning of June. Nat-ash-ah. Say it after me: Nat-Ash-Ah”.

He gave an unsure snort and leaned back in his office chair. “Ok, I get it”.

The way she pushed back her shoulders, the way she looked straight into his eyes without a hint of deference for his rank in the company, the way she sneered when she pronounced her name; it all made him think that she was going to hit him. He leaned back a little further and resisted the urge to hold up his hands to ward off the blows that were sure to come. He tried to laugh: “Fine. Fine. Christ, fine. Fuck it: Ok, you’re name’s Natasha”.

“Natasha Katko. At your service. Since June”.

“So, Monsieur, or Sir, or Mein Herr, or Señor, or Signore, or whatever ridiculous and antiquarian titles you people still want to hang off yourselves like Christmas tree baubles, take note: you sad and confused collection of bow-ties and cuff-links haven’t done, and continue to fail to do, anything that impresses me.

He wished there was someone he could turn to; someone to laugh at her with. But he was alone, so he just had to deal with it. The room felt small and she seemed large. He felt like he was sitting across from the headmaster all those years ago, his little legs free of the ground, his little hands gripping the seat’s edge, his little heart pounding, his little mind sick with anxiety. That wasn’t why he went to school. This wasn’t why he came to work. He wanted to go home.

“Do you understand me, Boss? Chief? Big Guy? You’d better. You’d better do as I say. I’m a serious woman. No more cats. No more clutter. No more Hatawa. Deal? Done deal? Yes?”

“She not the hot one?” Tiernan had loosened his tie. The table between him and Riordan was cluttered with empty pint and shot glasses.

“They all are”, shouted Riordan over the music. “Fucking pain though”.

“Fucking hell. You let some skivvy talk to you like that, man? Fucking cheek. Get onto the company. Make a complaint. If it had’ve been me, right, if it had’ve been me, she would be out on her arse. She wouldn’t know what hit her. Fucking nerve. Coming over here”.

“I think it was; I kind of clicked my fingers at her. Just harmless, a little…” He mimed it.

“So what? Clicked your fingers. You can show her your arse for all she’s paid. Fuck’s wrong with the world? “

“The thing is, she didn’t sound like a skivvy”.

“How? ‘Een Rashya, Floor Clean YOU!’ They’re like refugees. Coming over here”.

“No, she sounded like, well, well spoken sort of. She said that the place was an aquarium. What do you think she meant by that? Open planning?”

“Fuck knows. Who cares? She was probably on her third bottle of voddy. Speaking of which: my round”.

“Bollocks. Take care of your friends and your friends’ll take care of you”. He waved a €50 note at the bar maid. She nodded at him from across a sea of guffaws and chattering heads. The music mingled with their voices into a static blast of white noise.

“There’s another one”, said Tiernan. “Wouldn’t fucking kill them to smile”.

Tiernan laughed. “Too right. Was I telling you about your one the other night, in the club? Total slapper”. The barmaid arrived at their table. “Yeah, another round, same as before. Here.” Tiernan gave her the banknote he’d been waving. “And give us a receipt”. She vanished back into the crowd.

“Yeah, rode the arse of her too. In the VIP. Fucking legend!”

Riordan laughed. “Fucking right. You need to watch, though. You might catch something”.

“I’d be more worried about her catching something off me”. They laughed again, their red faces sweating with booze and the heat of the crowd. The barmaid returned and set their drinks on the free space on the table. She left the change with the receipt and put the empties on the tray before leaving.

“See what you mean about not smiling”.

“Two-hundred quid, man. Laughing all the way to the bank”.

“So, what’re you going to do about your fucking cat woman problem?”

“Get on the old blower and tell them to get rid of her”.

They toasted the plan: “Fuck yes!”

Natasha pushed the trolley between rows of flat-pack desks and dead monitors. Apple cores, gnawed and brown on tables. Blackened banana skins. Paper coffee cups. Sandwich crusts in plastic triangles. Gum re-wrapped in its foil. The denuded stem of a bunch of grapes. Chocolate wrappers and crisp bags. Free newspapers brought in from the railway station. All dumped in the bin bag in her trolley.

There were only a few people working this late at night and they ignored her as she pushed her trolley across the silent sea of carpet between the rows of desks. The only sound came from the air conditioning, the clatter of keyboards, and the occasional phone call about ‘working late’.

English, French, Spanish, Italian, German, Russian. Five years teaching before the urge to see the countries whose languages she learned and loved took her. Three years wandering in those countries. Waiting tables in Bonn. Receptionist in Nice. Call-centre operator in London. Tour guide in Rome. Cleaner in Dublin. In every place, the same, the same, the same. Hatawa, Hatawa, Hatawa. A continent of children, taunting children with their mirthless children’s sense of humour.

Then, there was the cat. There had been a cat in Nice, too. Adeline was a Siamese cat. It looked like an alien and was the favoured creature of Mme Becker, a powdered relic who never had a nice word to say to anyone save for the grinning rich who lodged with her. Natasha hated cats. She did not think they were the clever, self-regarding poseurs of popular mythology. They were stupid animals; cretins. To prove it she’d reflect a spot of light off her watch and Adeline would try to catch it. Morons.

Mme Becker had seen this at first-hand and had grown ever more spiteful in her claims that nothing was ever good enough. This is when she started calling her Hatawa as a joke to raise a chuckle amongst the sexless old farts that came to stay in L’Hôtel Becker.

“End these”, she’d sniff, the idiotic Adeline draped in her arms, “is oh Russe. Hear nome es Hatawa”. And she’d stress the initial aspiration. Natasha hoped she’d make that sound when she breathed her last. On the day Mme Becker decided that Natasha had to leave, because she simply “could note speak to ze guests in zat fashion”, Adeline vanished.

Natasha reached Riordan’s office. She saw the litter tray in the office corner. Another plate of shit for her to clean out. The office window was open a fraction. It opened into a central quadrangle, so no fear of intruders. Only the cat came and went.

Six months of cleaning offices, great glass palaces filled with stupidity and lies, camp pillocks and indie landfill, unlettered parasites and dull fools. She picked up the litter tray and tipped its contents into the bin, tapping it to dislodge the few crumbs of litter that stuck to the bottom. Why it didn’t go outside was anyone’s guess. But there you were: more proof of their stupidity.

He wasn’t there that evening. At least that was one thing to be grateful for. She had hated him from the first day she had met him and he had sat in his chair with his legs apart, watching her and hoping she’d notice his erection bulge against his trousers. She had, just as she’d noticed the handicapped expression on his face as he’d sat there. Soon came the name-calling: ‘Hatawa this. Hatawa that. Here Hatawa. You missed a bit, Hatawa. Ha ha ha Hatawa. Hatawa, Hatawa, Hatawa’.

And every evening returning to that cramped apartment where there was a leak in the hall ceiling and the Pakistani landlord who could barely speak English and who expected them to leave cheques for him under the room doormats so he could collect them when they were out to avoid listening to, and therefore dealing with, their problems. There were rats in the tiny, concrete yard. The kids in the street had tried to light a fire under a car’s front tyre. The shower was coin-operated from a meter in the hall that only accepted €2 coins. So, like the bus to work, she needed the correct change or she couldn’t wash. Her room was tiny, one huge mirror on the wall facing the window served to make it look bigger and well-lit. The neighbours always had the TV on, all day, all night. From the flat below she often heard a one-sided argument being conducted by a woman on the phone. The woman was always arguing with the same man. Over the weeks Natasha learned that the man was called Dan and that he had gone to Boston and wasn’t in a hurry to return. It sounded like he was drunk when the phone-calls were being made. Natasha didn’t blame him for not wanting to return.

“Gave them a bell. Said, y’know, what the fuck’s up with this, fucking Russian one giving me grief. They were all ‘ah, y’know, sorry like, y’know’. And I’m there, fucking right. Anyway…” The barmaid arrived with a tray filled with pints and shots. She left without a word.  “Anyway…”

“Anyway, next Monday, this Monday, Monday just gone – she’s gone too. Some black one came in”.

“Fucked her yet?” They both laughed.

“No man, but give her time to warm up. Wait ‘till I whack on the fucking charm, like”.

“Don’t want any shit from her, mind. So, she can just do her job and give no-one any shit. Leave me to do mine”.

Riordan looked down at the pristine litter in the tray. The sound of an ambulance rang through the open window. Far away in the office a ring-tone chirruped without answer. He tapped the side of the tray with his foot.

“Where the fuck did he go?”

Paul McGranaghan was born in Derry and began growing up in Strabane, Northern Ireland. He attended grammar school in Omagh and then went to Manchester where he studied Zoology. He worked as a microbiologist near Aberystwyth, Wales, and as a Neuroscientist, again in Manchester. He has travelled throughout Ireland and Europe, living for a year in Italy and two years in Spain. He currently lives in Dublin, where he enjoys receiving gifts.

Having escaped from the laboratory, he wrote ‘The Pamela Anderson’, which was published in the Sunday Tribune and selected for inclusion in The New Hennessy Book of Irish Fiction published by New Island. He accepted an invitation to promote this book on national radio, appearing on the Pat Kenney Show (no less).

His subsequent work showed a distinct focus on the natural world and he wrote a number of well-received pieces for the BBC culminating in his stories ‘The Noble Rot’, ‘Ashes’, and ‘Las Salinas’ being awarded prize-winning status in the BBC Wildlife Magazine Nature-Writer competitions of 2010, 2011, and 2013 respectively. His short story ‘Bean Sídhe’ appeared in A Pint and a Haircut, an anthology of Irish stories published to raise funds for Concern Worldwide.

He hopes you are as well as can be expected, given the circumstances. 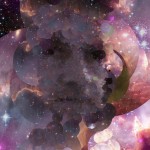