Handed Down by Mark Cassidy 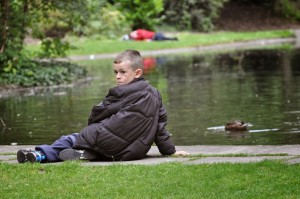 It is Easter Sunday evening.
We pore over our given hands,
shake off the torpor of a feast.

Mock reluctant grandparents, razor-sharp
in armchairs, have been drawn in.
Back to the fireplace, on a stool
I’m folded, ready to wrestle
their wrinkled fingers: solo whist,
the clash of one against three.

With a one-time bank clerk’s deft flick
my father riffles the pack, cuts, shuffles,
and deals four provinces their chance.
I decipher the semaphore
of reordered dispositions;
hidden faces are fanned as a shield.

Preferring no-trump mayhem
to the canon of hearts, clubs, diamonds, spades,
Dad’s favourite bid, misere,
defies us all to make him win.
As patterns emerge, others warm
to the prospect of abundance.

His own father is a slab of a man.
White hair trimmed weekly, serious
about gaining a majority and
taciturn as a croppy boy.
Has De Valera next to God,
says only “talk never played a hand”.

“There’s a nice little card for you”
replies my mother’s mother, easy
with the humour of dual loyalties:
brothers in Cork shipyards, husband
at Jutland, translating wireless
signals. Another volunteer.

Hush. Turned cards are on the table,
played like scenes from Irish history:
the rising and the risen.

From Birmingham (England) via the Isle of Wight, Mark Cassidy now teaches Radiography in Portsmouth, where he lives with two rabbits, seven trees and the rest of his family. His poems have seen the light of day in various European poetry magazines, including Green Ink, Poetry Salzburg Review, Pushing Out The Boat, and Skylight 47. Others may be found on his blog, Fractures. 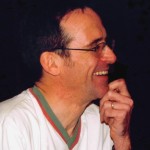