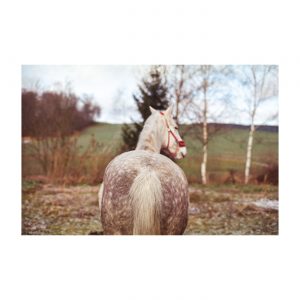 I lived at the end of a long gravel road; our beautiful, refurbished, drafty, loving house was really the road’s end. Apparently, there used to be a way through, but Dad had plowed that up decades ago. Every year, I could count on one drunk, or lost, or running stranger to knock on our screen door: where is the road through? There used to be a road through. Used to be. So many things used to be. I recognized even then, the desperate note, the sorrow and confusion in the lost person’s refusal to believe. They’d argue: there’s a road on through to the blacktop, the highway, the next town.

Not anymore. Used to be always arrives too soon.

I used to run free on the family acreage: woods were less than 30 feet away, creek about the same. I either worked, read, or wandered off. Wandering off required movement, and I required movement. Down old timber roads, along cow paths by the creek, through pastures, thick with clover, down to my favorite field, Big Field. A dirt road ran all the way around that field. I ran round and round it, watched the corn grow, kicked up dust until no difference between the dust and my self existed. If I wanted a shortcut, I’d go straight up the wood’s hill, steep (but not to me, as I had no comparison yet for steep, just as I had no idea what tough meant.) I’d bushwhack my way through, hang onto trees for pull, avoid the poison ivy. Of course, I looked for snakes, and all the other critters people ask about. I didn’t worry, though. Just maintained a respectful difference.

Respect was essential in nature. Screw that up, miscalculate, approach too fast, too aggressive, you could wind up dead. This went for the farm’s machinery, the weather. For everything I knew.

I grew up around men. Farmhands listened. I provided a break, or entertainment. Even these guys had more power, more authority than most women around.

My mother refused to be branded. She did what she wanted, when she wanted. She asserted herself, and still she didn’t get respect. Not me. Not me. I made a shell, many said arrogant bitchlet–a freckled, wild haired kid that asked questions. If no Easter bunny, then no Santa, obviously no fucking tooth fairy, so I guess god guy is fake, too?! Dad nodded his head. Mom smiled. They knew tough; they hoped to prepare me.

Steward. Our duty to the future. To keep the dirt, the soil, the land parcels we “owned” through our brief lifespan, safe for future generations.

The Ohio floods fast. A new combine sparks, then flames envelop. You have 40 seconds to jump. Calves die in an early blizzard. No time to bury or burn the rising number. You stop keeping count. Pesticides burn, you ignore them. A tractor rolls on a worker. He lives. Only broken bones. Your horse gallops under a dangling power line. Somehow you escape the live wire. When you look back, you see your father and three workers motionless on their horses. They don’t breathe or move until you speak. When you calm your horse, they relax. A coyote bites your lab’s tail off. Mom axes a copperhead. It lives. Returns twice. We know her by the healing gashes. Each times, she’s bolder. I finally grab a hammer when she slides into our home. Mom finishes the job. We hate this death. My sister falls off a Highboy. Busts her knee. A neighbor’s son falls into turning thresher blades. His twin brother fishtails on loose gravel. His pickup flips. You attend both funerals. Everyone talks about the weather. 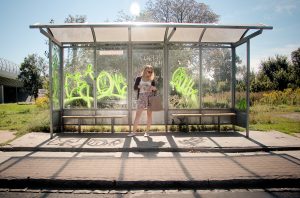 I escape. Land in NYC’s Columbia’s Univ. MFA “program.” Strong responses to my work startle me. A classmate invites me to coffee. He tells me my poems are “cold”—I asked: how?He dodges the answer. Mutters something about an absence of empathy. I start wearing Mom’s snake ring. Snakes are her favorite symbol. When I apply for an apartment with a boyfriend in upper Harlem, the landlord has us stick out our hands. He points to mine–her hands, see, she’s a worker. He nods at my thick calluses. I began to think I know hard, I know nothing.

Jump cut.My sweet Maude, my only sibling, diesbof breast cancer in 2003. She was born in 1970. I flee my Phd. Program (in Literature and Creative Writing) & spend two final years with her. The hardest, happiest & saddest thing I’ve managed.

When, eight months later, a local doctor shudders at an x-ray of my spine. Then writes the name of the top scoliosis spinal fusion surgeon he knows on a prescription pad, holds my hand and says go, it’s snowballing, I don’t flinch. My deformity had become pronounced: I was a hunchback. Two surgeries. Two long long surgeries. I broke once when a nurse put a suction device through my nose, down my throat, into my stomach. I had to be awake. The accumulating fluid and mucus had to be sucked out. I pretended I was a cow. Then I gagged. I replayed draining the excess fluid from my sister’s body. I made myself focus on her labored struggle to breath. This was nothing.

In a few years, Mom phoned from her car. Dad had driven her to the ER. An attending physician broke rank, pointed to her MRI, said cancer.

Boom. Hit repeat. And fast forward. By Christmas she was dead.

Inside me, a small fire tanked into an inferno. Kill. Kill. Kill. One freezing morning I started writing again, felt a wild freedom. No subject taboo. I accumulated bits about nature, loss, relationships between rural women and educated men, country girls suddenly landed in a sprawling urban city, country girls that can’t escape, but want a way Out. Power; power imbalances; power corrections (discipline and reprimand); the dangers of conforming; the risks of standing out.

I remembered I had always been an outlier. I had avoided school, preferred to read at home. That school place packed us into rooms. Gave orders. I couldn’t breathe. I imagined myself a nail. I waited for the hammer.

The essays I receive startle me. I see the past arrived in the present: “friendly” outings that turn into rape; abusive husbands; men and women serving extended periods of jail time for minor charges; discrimination. Poverty’s cycle catches folks in a loop, wears them down, so they can’t get out. The tough ones can, though—-but not every tough survives. Some die trying to climb their way out: farming accidents, cancer, car wrecks, mining accidents.

Some get RIF’d. An acronym for Reduction In Force. Eg. my husband. This translates into fired. A broken administration tightens my lease. I try to stay calm, but the leash is so short. I stop. Draw a line. Things snowball. Insubordination shows up in an email.

Once again, I turn harder than I thought possible. I refuse to alter or swallow one more bit. I resign. But I get a steeled female attorney first.

I’m a bitch. I have to be. This world requires a woman be one to survive. Go to your local hardware store. Buy three hammers. Five different lengths of nail. Then wait patiently. You’ll need them soon enough.

Lucy M. Logsdon lives in Southern Illinois where she stewards ducks, cats, horses, land, family and community. Her poetry, fiction and essays have appeared in such venues as: Contrary; Gingerbread House; My Body, My Words; Pure Slush; Drafthorse; Rust+Moth; Thank You for Swallowing; POAINTRY; Five2One; Dandelion; Seventeen; Poet Lore; Tuck and Isacoustic. Nominations include Forward Poetry, Best of the Net, and Pushcart. Among her awards: a MacDowell Residency, Inprint Fellowship and Academy of American Poets College & University prizes. 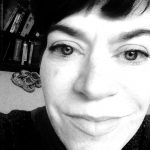