I Got Up Stood Still Looked Stupid by Judyth Emanuel 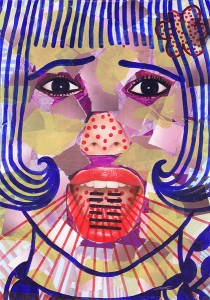 Up and where. From was I origin myth mine. Told me red dirt country. Swept up against this island painted with single stroke of a brush. Bottom on bottom of earth. Long longed way from anything that matters. I was. Yes, I did grow down downbeat smallish child. Breathed bushfire smoke. Ate cubes of cheese and gherkins artful on really square crackers. Chocolate biscuits got me pimples. Surf dumping my powerless girl body. Seawater up nostrils. Sand up rude spot. Salt stung eyes fierce. Grew sting gritty half-drowning. Then found a place as grown need a sort of power. If the pressure thing power exists or was maybe countless things. This concept of a person got another other person to do something person would not ever do. Both persons were me. How I became woman now ended up upended in the city of every. Up of positive hopeful cheery out of bed…

Early morning. Streets I was about at dawn of sunrise haze tall buildings lit gold windows. Now cranky. Hey I the girl woman did not love to rise on a summer morn. Did not. Poem by who this learned. Refused to sing on any tree. Distant huntsman did not blow his horn. Nuts. Not a single hunter on the horizon blew. Just cars belched air the choking kind clouded hungover town unconscious. And the trend-setters tattoos infected slept in on those semen beds filthy. Later lazy they might rise popped to cafés where berets at odd angles blew kisses slurp cappuccinos seeming fabulous.

We Hate You. I Love Anton. You Are Not Your Job. Am I Real or Am I There?

There I was this city.

All under the flight path. Right on cue airplane thundered overhead low skimming rooftops. As if inside my head. Jet sped through blood vessels. Mangled grey matter into a question mark. Destiny quizzing what a foolish woman her baffle. Such a giddy the muddle. Where was I why here? Bamboozle this chosen. Detestable neighbourhood. Knew the answer. Cheap rent.

Found street of own house funny little. Felt safe. And empty road abrupt of no-one around. This of violent quiet quietness unusual strange not natural. But ordinary city living was. First crowd gag rush noisy. Then alone. What then.

Well another more of sudden moment. A flattop truck hurtle passed me not fast. This truck rusty had large red crane. Truck driver let loose the crane. Crane rose with a screech like agonized animal. Thought towering dinosaur. And the driver fool got it crane stuck. Did stubborn would not go back down. The crane staying up as if Viagra took. Truck sped down street. Past my house. The crane grabbing tree branches. Tore off power lines electrical boxes television cables from poles walls everything.

I thought silent yikes cripes shit scared dread mayhem. Stood still looked stupid. I did spook shock speechless. Nobody but me. And just wreckage. I wondered if terrorism without bombs. In all fucked heaven, not please not that. That that that truck made must mistake accidental idiot at the wheel.

Then saw truck him stopping halfway. A man leapt out furtive of the truck. Should I run tackle man driver tell him. Fact. I was eye spy all this the only witness. Gave me a wave this man shouted,

Which lame lie, but I believed him. Now how to memorize truck’s number plate disappearing. Fast too quick. Not great memory. Most numbers rotten problem. All that weed wine. Happier days high. Of times gone.

And driver truck also. He failed to reappear him. Not a surprise was not. Why hang around what for. Oh be responsible. Own up, cough up faults. Why not clean up the fucking mess? Up up up. “Up yours.” I said to no-one. That.

And there was more. I thought slow turning I did around in a small circle and looking everywhere. Not. A. Soul. Neat and proper gone. Just ever chaos messed. Gum leaves broken limbs poor trees. Shattered electrical boxes strewn. Bits screws screaming metal spread on asphalt road gutters. Thick black eel cables north south east west danger. I swore eels moving made me fright. Writhe came at my frozen being. What if this monster alive shot electricity at me. A body defenceless. Ten thousand volts more. Could set me on fire. Hate to get burned been there hurt. And then thought pole leaning. Would crush me didn’t need that. Should I chase after the gone? Should I knock on doors anybody home get help. Sound some alarm. Defend the thing. Should I shriek help never done that to shy yelp in throat went nowhere.

And I forgot registration number of the truck. Panic only three numbers three letters. How could I dumb. No one who would believe me. So scurry this quick quickest in bigger circles took action. Got cell phone dialling the police. Desk sergeant bit gruff,

“Madam. Ah Miss. Do you remember the registration number of the truck?”

I the madam. I the miss again. What I did. I stood still looked stupid good at it now said,

Next hurry phoned emergency services. What they told me.

“Madam miss you must call the phone company.”

I miss madam kowtow as phone company put me on hold. Did so long this terrible music monotony over and over. Madam turmoil thoughts flipping brain. This day. Why I think this. Of demand help help. God save me. No one anywhere. Did hate confusion. Of on hold still. So to myself muttering mutters a lot,

“I want to live a grand in marble mansion manor armies of servants. I want Georgian London Westminster hear strike of Big Ben ding dong. I want. Fancy passionate lover clasp parasol beautiful ride horse drawn carriage desperate for this. I want me live in beside sparkling ocean. Top of a mountain. Deep in cave. Lonely in some yurt. Tropical island grass hut lie in hammock eat from banana leaf sip juice from coconut shell. Drink strong something and not be. Money lack poor so broke ate dog kibble.”

I hankering the hours to be. Not here.

This being at at at…

On the end of the line. Did not realise call centre lady eavesdropper began listening to my moan monologue. She squeaks interruption me madam,

“Hello. Hello. Madam. You live where? You want ding dong? I don’t understand what you are saying. Are you there? Are we connected? Tell me. Have you lost power?”

I madam a final grasp my screamed,

Weak woman powerful quitted. I was without complete clout supremacy dominance sovereignty. All that that that. Never genuine possess did. Any power. To begin with. But. Tried it right. Though real power mine as superfluous. Put on balaclava anonymous now but wool made itch from mosquito bite. Had throb of frustration. Had. Had red dirt cheese cube saltwater snot specks up my nose. Had a gape at self-infliction misery. Had to find one huntsman with horn to fuck me. Had to find steady settle like spider dancing. Had to admit I painted every dick bluer. Had to get toy truck tattoo needle prick ink into sad my fat.

But got laughed at. Here. So when. A telephone technician came saw that devastation on my street. He said,

Him focusing his accuse down me. And what I said great excuse.

She is a finalist in The Raven Short Story Contest, semi-finalist for the Conium Review Flash Fiction Contest and shortlisted for the Margaret River Short Story Prize. 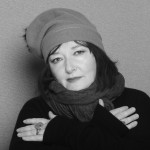