The Goddamn Amazon Here by A. S. Coomer

Always with the favors. The favors. The ‘can you do this, if you don’t mind?’ ‘Would you mind doing that?’ He believed that if he said that he did mind she would just twist it around until it was plain to everyone that, in fact, he didn’t mind.

He put on the loose fitting, leather gloves then stretched down and tucked his socks into his sweat pants.

At least it’s not blistering yet.

Sweat dripped from his forehead and stung his eyes.

But God it will be.

He reached down and pull started the lawn mower. It coughed once, started, then petered out. He pulled at it again and this time it took.

He held the rumbling mower with one hand and adjusted his glasses with the other. They were always slipping down in the heat.

He pushed and grass started chunking out of the flap.

Couldn’t call me a week ago when it wouldn’t have been so goddamn unruly. No, no, she waited until it looked like the goddamn amazon here.

Sweat beaded in his armpits and flowed down his sides, catching in the elastic waistband of his sweatpants.

He went on for several minutes in aggravated silence. On turning, after the fourth or fifth strip across the large side yard, he saw her head looking down on him from the third story window.

His face flared in embarrassment. He felt almost that she’d been reading his thoughts; seemed like that a great deal as of late. He held the control bar with one hand and raised the other in a quick wave. The corners of his cracked lips curled up into a smile.

It was hard to tell, with the sunlight reflecting off the dirty window, but he thought she scowled at him before disappearing into the darkness of the house.

Of course. Of fucking course.

He slapped his waving hand back on the handle and thrust the mower forward. His teeth clenched, straining his jaw.

Don’t mind me. Just mowing your four acres from the bottom of my heart. Lord knows there’s no money changing hands here. No real ‘thanks, David’. No, ‘you’re such a great brother. What would I do without you?’

No, there’s nothing even remotely like that. There’d be a ‘you missed a spot over here’. ‘Aren’t you going to weed-eat the garden?’ ‘Next time, David, would you be a dear and not slam the mower into the fence like that? I just had it painted the year before last’.

Like she forgot who sanded and whitewashed the thing. Jesus. Christ.

The sweat ran down the bridge of his nose, nearly flooding his glasses off his face. He shoved them up but they slid right back down.

He finished the side yard and moved to the back. He always saved the front for last because it was the smallest. Delayed gratification, he thought it.

I mean I know she’s been sick for so long. I know this. Does she forget that I’m her little brother? Like I didn’t look up to her most of my life. Hadn’t I taken her to chemo for the past year? Wasn’t I the one always going to the pharmacy? Always bringing her groceries? Cooking her a hot meal three times a week? At least three times a week.

He sighed heavily and wiped his brow with his damp sweatshirt sleeve.

God I wish I didn’t have to stay covered all the damn time. ‘Should’ve worn sunscreen, Mr. Stearns’. Ha. Funny. Like anybody wore sunscreen back then. You know, I’m not even sure it was regularly available.

As if on cue, sweat dripped through the bandage on his forearm where Dr. Thomason had removed the most recent sprout of ever-blooming cancer.

Goddamn it but that stings.

He stayed his hand and fought the urge to rub his sore.

The backyard was done. He looked up in near amazement. He’d been in rote motion, shoving and muttering to himself for some time without any rational thought bubbling to the surface. He wondered if he’d been too rough on the fence again. He let the machine die and wiped his neck. He stole a look at each of the windows he passed under as he trudged to the front.

She’s probably taking a nap. Always sleeping. If I were that sick, I wouldn’t be wasting what was left of my time with sleep. I’d be…

The thought trailed off as the engine puttered back to life.

He turned around at the sidewalk, spun the mower on its back wheels and started back toward the house, then heard the noise. He stopped short and looked quickly to the fence on his right but didn’t see any damage. He killed the engine and looked behind him to his car parked on the street. No broken windows or dents that he could see.

No new dents anyway. What was that? Oh God, please don’t tell me a rock shattered one of Margaret’s front windows. I’d never hear the end of that.

He stalked across the front yard and onto the covered porch. He went from window to window but didn’t find so much as a scratch on any of them.

Well, at least she’s taking care of these ones. They were an absolute bitch to put in.

Then he saw the hall window.

He stomped across the porch and opened the front door. The coolness of the air conditioning stretched his skin close over his bones.

But Jesus does she keep the place cold as crypt.

Why doesn’t she have any of the lights on? She must be asleep again.

He slid off the grass stained sneakers and checked the living room. Margaret wasn’t there.

There was no answer.

David tried the hallway door. It was locked.

This is just great. She’s really gone off the deepend this time. It’s just a crack. A crack! Of course I’ll have to fix it. I know that. I put the sons-of-bitches in, shouldn’t that count for something?

He sighed and knocked twice, gently, and listened.

“Marg? You sleeping? C’mon and open up.”

David knocked a third time, this time with more force.

Does she want me to fucking beg?

David slid his hand on the top of the door trim and found the key. He turned the knob and eased the door open. He squinted into the darkness and a heavy smell crinkled his nose, causing several grains of his dried sweat to fall and tickle his protruding upper lip.

“Marg? Marg, did you hear anything? I thought I’d shot a rock at the house or something. Damn mower seems supercharged this morning.”

He turned towards the cracked hall window but she had the curtains drawn and it was too dark to see anything.

Maybe the curtains dampened the sound, didn’t wake her. I might be able to change it before she even notices.

He reached over and flipped up the lightswitch.

Margaret Stearns lay on her back, crossways, slumped against the wall under the hall window. Her head was crushed in and blood soaked through the quilt Grandma Kearns had made her when she turned sixteen that she’d taken to wearing almost as a shawl.

David wretched, unable to control himself. Once, twice, then on the third time the biscuits and the gravy came out onto the worn carpet.

He slapped at the lightswitch and sent the hall into darkness again.

David Stearns stood crouched in his sister’s hall, shaking, for some time. All at once his brain started firing.

I’ll burn the fucking house down. That’s what I’ll do. I’ll burn it to the ground and nobody will ever know. Besides me. I’ll leave something on the stove. The teakettle! And I’ll slide the paper over ‘til it catches and stay until I’m sure it won’t put itself out and go back to mowing. Happily mowing, finishing the front yard for my sick sister.

Nobody can reproach me. I was just trying to help. Didn’t see the flames until it was too late. Much too late.

Ack. But this is what you get for trying to help. For trying to be the good brother. Christ! Jesus God!

Without lingering, David flipped the lights back on.

His mind blanked but he forced himself to look.

Beside Margaret’s left hand was a small pistol. David recognized it at once.

David saw the mess against the curtains. His sister’s blood, bits of bone, brain matter. All of it.

He looked to the wall opposite the window.

He looked at Margaret’s head. It was sunken in and bloody but not on the side of the window.

All the breath from his lungs rushed out and he turned the light out again.

“She’d been sick for quite some time though. Hadn’t she, Mr. Stearns?” the officer asked, looking up from his little notebook.

David nodded his head but shook it abruptly.

He couldn’t find the words. His head kept shaking, side to side, without his knowing.

The officer looked into David’s face then flipped the notebook shut and slid it back into his breast pocket.

“It’s like this sometimes, Mr. Stearns,” he told David.

Mother. Mother of God. Why?

The officer placed a hand on David’s shoulder.

“They feel they’re a burden. Sick. In pain,” he said, his voice gentle, a stark comparison to the blue-black uniform and leather boots. “Pain does things to people. Makes them consider things, do things, they wouldn’t normally do. You know?”

David realized he was still shaking his head and forced it still.

“She was a sweet woman,” he whispered, tears welling in his eyes.

A.S. Coomer is a native Kentuckian transplanted somewhere in the Midwestern arctic abyss. He’s had a great many interesting jobs: child abuse and neglect investigator in Appalachia, custodian, secretary, floorman at a tattoo shop, burger-flipper, family support worker at a food stamp office, barista, manager of a frozen custard shop, to name a few. You can stay up to date with his literary happenings at www.ascoomer.wordpress.com. 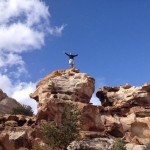