The Girl With Bags Under Her Eyes by Peter Stavros 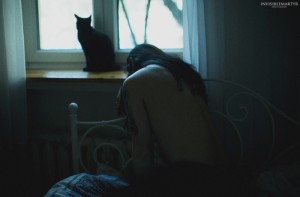 She was low in the morning, as low as anyone could be after a full night’s sleep, but maybe she didn’t sleep, maybe she was like me, tossing and turning on the flattened futon in my one room studio upstairs, wrestling with what if and what could be and what might happen and whatnot and whatever. I didn’t know. I didn’t know her like that. I didn’t know her at all really. I only knew her from when she came in for her usual, in baggy sweats and pearls, flip-flops even in the winter with pink painted toenails, the fourth toes inexplicably turquoise, no rings on her fingers, brown hair, long and wavy and still damp from the shower, smelling like soap and lilacs. I only knew her for maybe fifteen minutes at a time, and never caught her name because we didn’t write it on the cups like that other place around the corner, we never asked. I only knew her from the stories I would make up about her in my head to get me through the monotony of the rest of my day, wondering why she would be so low, someone like her, what could have happened, what could have been going on, what she might have been missing, or who, and if she would be so low with someone like me, maybe not I would think, probably, definitely not, I would hope, until she stopped coming in, just like that, and I never saw her again.

Peter Stavros earned a BA in English from Duke University, and studied creative writing on a graduate level at Emerson College and Harvard University. His work has appeared in The Courier-Journal,Literary LEO, Hippocampus Magazine, and Fiction Southeast, among others, and is forthcoming in Juked. Peter lives in Louisville, Kentucky with his wife. More can be found at www.linkedin.com/in/peterjstavros. 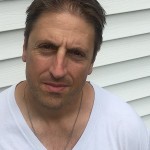