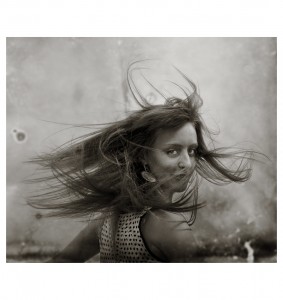 Amanda wore super-pink lip gloss, the kind girls used to wear in middle school in hopes of looking older.  I picked her up outside of the post office where she worked and we went to a bar that was kind of a dive, but we don’t have much else out here.  Anything flashier, you go into the city.

We sat at a low round table near the cash register, drinking beer from brown bottles and pulling the labels off until they shredded in a downy pile. I asked her a few times if she wanted some onion rings but she always said no.  We talked about the jukebox and how jukeboxes weren’t as good as they used to be. Amanda was flirting hardcore, but in this weird intellectual way, like she only knew to make comments about her sexuality rather than touch my arm or my leg or even lean in so I could smell her hair.  And that shit would have done me in, honest.

I didn’t have to leave as early as I did, really, but I had been desperate for temp work since I was broke until I got my next round of school loans for fall semester, a few months away, and I knew I could get called any day with paying work. So I apologized a few times and we sat in my car where the muffler was louder than the radio, something I wanted to fix if I ever got a job.

Amanda got super quiet in the passenger seat, and then she suddenly reached out and put one hand on my thigh.  I thought I was making it up and kept glancing down at her coral-painted nails lightly pressing into the denim of my jeans.  I was driving and didn’t know how to handle this in any smooth way. I settled for awkwardly taking my hand off the steering wheel and putting it on hers a few times.

I asked Amanda where she lived, and she said she thought we were going to my place.

I groaned. “We can’t go to my place,” I said, not explaining the parent thing.

“Well, we can’t go to mine,” she said, and didn’t offer any explanation there either.

So I just dropped her off with a chaste kiss goodnight and went to my parent’s quiet and boozeless house.  I knew they were sound asleep, but there was nothing to do, so I turned on the Late Show and unzipped my jeans, thinking I could rub one out to Amanda and therefore somehow salvage the night.  But when I thought of her, she was just a parade of stray images—shiny lips, shredded pilsner labels.  In my mind she got on all fours with her butt up, and my dick twitched at that. But my dick needed a lot of help tonight, so back in my pants it went, and I slept yet another dreamless sleep.

I had forgotten to turn my ringer up, so it was a good thing the phone woke me. In my groggy state, I was convinced somebody was pranking me when they said what they needed.  A funeral home on the fringes of the city needed some help. A funeral home. I thought maybe they meant answering phones and passing out Kleenex, but then they kept talking. One of their couriers had broken his leg, and they were desperate for someone to help retrieve the stiffs and drive them back to be embalmed and made up all lifelike.  The lady from the temp agency didn’t ask how I felt about playing chauffer to the dead; she just confirmed that I had a valid driver’s license and good driving record.

I stalled her by asking questions about pay, working hours, stuff like that. Then, without any forced eagerness, asked the deciding question:  “When do I start?”

The first time I saw a dead body, I felt my mouth drop open and just kept repeating “this is not a person.”  Roberto, the other courier, was seasoned at this, efficient, and I could tell it mildly irritated him that I was still slow and learning.  But I got faster, and soon the dead bodies became interchangeable.

Then one day we got the call.

I had never seen her in person before, alive or otherwise. Hell, I’d barely seen her clothed on any screen.  I never expected to be sent to remove her body from the penthouse where she lived.  I’d seen Sasha Sweetly’s movies, but she never made the big-time because she wouldn’t do anal. I couldn’t help but think of that as we prepared her for transport in the service elevator. Roberto took the stairs all the way down ‘cause he was training for a charity marathon or some shit.  I was alone with her. Like all the other men who had been alone with her, but there was no film crew.

I suddenly realized I could push the emergency button, stop the elevator, and look at her virgin asshole if I wanted to. It was her one body part I’d never seen dizzyingly close-up.  I could be the man with her biggest secret.

But she made the sound again, and it chilled me, and I realized she was doing something for real this time, and I was the only one to witness it.

Erin Lyndal Martin is a writer and visual artist.  Her flash fiction has appeared in Smokelong Quarterly, Cease, Cows, New World Writing, and is forthcoming in Fiction Southeast and Atticus Review.  She lives in Madison, WI. 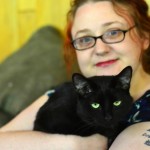