Flight of Desire by Diane Payne 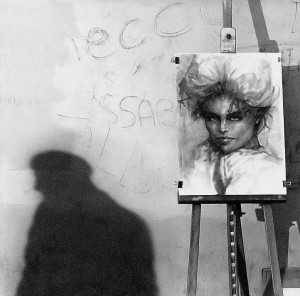 He grabs a beer, pulls his lawn chair up next to the fence, and watches his neighbor try to attract the hummingbirds.   He keeps his distance, hoping she won’t notice him, and tries to look like he’s grading biology exams.

She sits in the shade drinking cheap sweet wine from the bottle, then pours a little on her extended tongue, balances her head just so, trying to keep the wine centered on her curled up tongue.  Lips are smeared bright red.  He wonders why she doesn’t pull in her tongue and just keep her mouth open, hoping the hummingbird will land on her lips, seeking sweet nectar from the depths of her mouth.

The first time he saw her outside, tongue extended, head leaned back, he ran over to her yard, fearing she had a stroke.  She’s probably sixty.  He’s thirty.  She seems to be of the stroke age.

“I was so damn close!” she moaned when he reached for her shoulders.

He didn’t know what to say, but he knew what those words usually meant.  He assumed she did have a stroke and was confused.  He never imagined a stroke being anything remotely similar to an orgasm.  Biology is his life, yet, not once did he consider this possibility.

It’s no wonder he teaches high school students in a rural town.  He’s always lacked the necessary curiosity to excel in this field.

But not this woman.  She is the epitome of discipline.  Stamina.  Curiosity.

“Did you see how close that bird was to me?”

He didn’t even see a bird.  So unobservant.  He saw his neighbor with a bottle of wine on the ground next to her chair, tongue extended, head thrown back abnormally, and just assumed she was dead.

“I’ve been out here two hours trying to get a hummingbird to eat from my tongue.”

She looked confused.  She automatically assumed he’d instinctively understand her attraction to feeding a hummingbird from her tongue.

“Maybe if you didn’t have so many feeders in your yard, the birds would come to your tongue,” he suggested.

He walked back home.

At night, he’d wake, thinking about her extended tongue.  In the morning, he’d extend his tongue by the mirror.  His tongue was pale, almost white.  Her tongue was stained red from wine.  He wondered if she’d attract a hummingbird by placing chunks of red Popsicle on her tongue.

Then the endless images of Miley Cyrus’s tongue started merging with his neighbor’s tongue, waking him at night.  He started paying attention to his students’ lips, noticing the girls with bright red gloss, waiting for a glimpse of their tongues, losing track of what he was trying to teach.

He gets up from his chair, and stands closer to the fence, watching two hummingbirds circle her head.  She stiffens, holding her breath.  One hummingbird does a nosedive toward her lips, but quickly turns away.  She doesn’t even flinch.  The other bird soars next to her nose. The birds circle her face. He’s transfixed by their choreography, their flight of desire.

For one brief moment a bird lands on her tongue.  Exhilarated, she gets up and laughs loudly.

She takes a swig of the cheap wine, sits back down, and weeps.

He stands by the fence and watches the two birds drink nectar from a feeder just feet away from the weeping neighbor.

Diane Payne wishes a hummingbird would feed from her lips, but she is unable to sit still long enough for such an occurrence.  Diane is the author of Freedom’s Just Another Word, Burning Tulips, and A New Kind of Music.  She also teaches creative writing at University of Arkansas-Monticello, where’s she also the MFA Director. 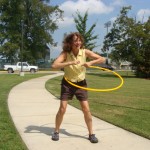