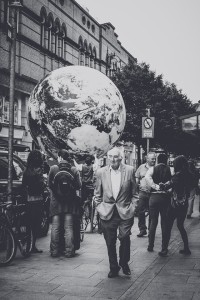 It was his wife’s ring, he was sure of it.

Even from across the road, through the heady city traffic and driving London rain, he was sure.  He knew its shape; he knew the hand wearing it.

It was a teardrop diamond.  His wife’s choice, like most things.  He hadn’t been so sure.  Thought there was something a little sad about the idea.

The flowing traffic came to a reluctant stop and he found himself moving with the crowds of tourists, propelled across the road and towards the paper.  As he drew closer to the newspaper cart, he could make out the headline. “Record-Breaking Diamond Seized By Irish Bailiffs” it screamed.

He pulled his collar up against the wind and stared at the image below the angry black headline.  The platinum band was plain, all the more to emphasise the huge, flawless diamond it carried.  It had been a special order, too big for Irish jewellers to carry. They’d sent a man to Moscow for it, bringing a shop girl to wear it back.  A hint of a rueful smile played on his lips as he remembered how easily they’d circumvented the strict rules of diamond trading.  Lots of things had been too easy back then.

He squinted at the image, blinking through the raindrops.  Her alabaster hand was delicate as ever, wilting under the weight of the ring.  He clenched his jaw as he thought of her small hand enveloped in his, remembering the impossible softness of her skin. He hadn’t spoken to her in a long time, much less touched her.

The paper-seller looked questioningly at the well-dressed man who was staring blankly at the display.  He wondered if he had had an early drop.

“What? No. Thanks.”  He knew the story well enough, didn’t need to pay a pound to read it.  He shoved his balled fists into his pockets.

“Suit yourself sir”, the paper-seller turned back to his slow amble around the cart, proffering rain-speckled pages to the passing crowds.

All those years he’d rushed from one flight to the other, celebrating deals with fellow besuited men, only phoning home to check the rugby results.  Life was measured by numbers back then, he thought.  Numbers on portfolios, numbers on loan agreements, numbers on the bloody schools’ rugby table.

His reverie was shattered as his phone burst into song, its tinny tune fighting to be heard from the depths of his pocket.  He pulled it out long enough to locate the red button, and jabbed it hard twice. The first to silence it, the second to kill it.

He didn’t have to look at the number to know who it was. It wouldn’t be the owner of the soft, small hand. Instead, it would be any number of the journalists who would be clamouring for a comment on today’s story.   With no soundbite, they’d just report the foreign ringtone, salaciously rehashing the exile of a failed property developer.

He noticed suddenly that he wasn’t alone by the newspaper cart.  There was another man, similarly dressed in a greatcoat and flat cap, standing by his side, focused on the headline ahead.

They nodded to each other, these men, silently recognising faces, acknowledging shared pasts and shared mistakes.  They had moved in the same circles once upon a time. The same private clubs, the same exclusive restaurants and finally, the same bankruptcy court.

They both stood quietly, each lost in their own thoughts, staring at the papers, as if wishing them away.  Then the other man offered the comfort only a fellow Irishman can.

A law graduate and student of creative writing, RM Kealy works as a business consultant by day and a freelance lifestyle writer by night. Based in the West of Ireland, she has published in magazines, newspapers and anthologies and is currently working on a novel of historical fiction, set in Dublin and New York in the 1920s. She tweets from @RMKealy. 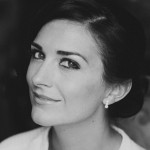