epiphanies of the vixens: their crimes of passion by Peter Marra 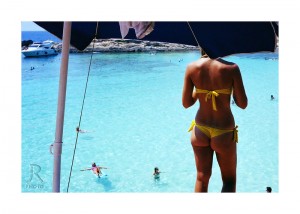 in Tinseltown, the air is loaded with the aroma of sweet things
clothed in leather and steel

three more behind her
the screen does a little more.
Can’t you?

she turned over and knelt
eyes opened and she watched as
hands were rubbed together mindlessly
sucking with passion as she looked the part
“And cut!”
never leaving

homo sapiens with retractable morals
and a slender female gender drools at the
sounds of razors being stropped
while stale eyes glaze over at midnight
what are you afraid of?
over and over she asked once more
until the church clock started rolling
slid into other words,
one family member was continuously shooting

His earliest recollection of the writing process is, as a 1st grader, creating a children’s book with illustrations. The only memory he has of this project is a page that contained a crayon drawing of an airplane caught in a storm. The caption read: “The people are on a plane. It is going to crash. They are very scared.” A Dadaist and Surrealist, Peter Marra’s writings explore alienation, addiction, love, secrets, and obsessions. He has had over 200 poems published either in print or online in over 25 journals. Peter’s latest published work is

Peter’s e-chapbook Sins of the Go-Go Girls, was published in 2013 by Why Vandalism? Press:
http://journal.whyvandalism.com/sins-of-the-go-go-girls.html

peep-o-rama available as a Kindle Edition at Amazon:
http://www.amazon.com/Peep-O-Rama-Peter…/dp/B00GVM4QQU 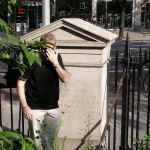