DON’T GIVE UP! by Donald Collins 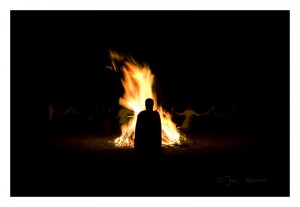 They practiced on volcanoes, these wild men who saw the future. Apparently, volcanoes are a lot like Mars, which was not really very encouraging.

They packed up white vans and zipped themselves into crinkly suits and lived, for nine months, in a bubble on the edge of Mt. Fuji. In March, the earth swallowed it up inside her, leaving nothing behind but a big perfect hole.

The scientists still received transmissions from the bubble and its passengers. They were doing quite well, although they had no idea where they were going. The bubble was travelling so fast, and showed no signs of slowing down anytime soon.

“We can’t track them any longer,” the bubble’s lead engineer reported in mid-April, “we can just hope they have enough food and water to last the remainder of their journey.”

They say the rockets that will take us to Mars have enough food and water to last 500 people 5 years.

There are 72 rockets, and they will each make 1 trip.

The air is thick like cotton. It gets stuck in you. It compels you to do strange things.

Everyone was still going to work, sometimes staying late into the evening. No one was eager to go home and sit with the facts.

I entered the subway and ran into my friend William. He normally greeted passersby with something like, “Hello sir, my name is William, would you be interested in buying some cookies to help the homeless?” But tonight he was just sitting down eating the cookies, looking at his phone.

“You got another job?”

I bought the beers at a bodega while he waited in the park.

William had what he liked to call “edge,” which really meant he had the will to live until living was done. He admired me because I was rich and young, and consequently believed me to be good.

“Did you hear?” he said, running his thumb along the rim of the bottle. “They called the second lottery today.”

He shook his head.

“Yeah,” he said smiling. “It’s alright, you know? It’s all right. I’ll work something out.”

We sat quietly and finished drinking our beers. I worried that he just had alcohol in his stomach, so I gave him a sandwich from my bag. He ate it, slow and neat.

Up until the fifth grade, I always threw away the sandwich my mother packed me for lunch. I have no idea why. It was as if I was purposefully digging myself into some kind of karmic hole.

Now I make sandwiches compulsively. I carry them around in a briefcase. I gift them away to people when they need sandwiches. I am always paying the debt.

“Do they even have laws up there?” William asked as I handed him another sandwich for later.

“Of course they do.”

“How do you know? There’s no laws on the moon. You know its fucked up out there.”

“That’s different,” I argued. “We’re not going to the moon. No one can live there.”

He said something else but I wasn’t listening. I was imagining this lawless moon of his. Outlaws let bullets loose in slow motion. Old bleeding ladies reached for runaway purses, and people fornicated in the dark air.  All of us weightless sinners, gasping for stolen breath.

I hadn’t thought about it. I guess we were bringing the old laws.

“I think we should leave some laws here,” he said seriously. “Leave the really shit ones. You know the ones.”

“You gonna be a lawyer up there too?”

This seemed to reassure him.

We closed our eyes and sat back as the day cooled. The air was growing thin; we would have to go inside soon. But if you sat out just long enough, it played wonderful tricks on you.

Space horses floated into the night, and from our dying earth something sang out, up and up and up.

I called my parents to tell them I wasn’t coming with them. Two of the six of us had been drawn, so even without me they had a ticket.

My mother was the one who answered the phone. I told her and she just sort of creaked.

My brother took the phone. I told him.

“It’s not fucking Disney world, it’s the rest of our lives.”

He sighed. “What are you doing with your ticket anyway?”

“A friend.” He repeated the betrayal. “Are you even going to come over or is this it?”

“I just wanted you to know,” I broke in, “I think everything’s gonna go great for you up there. I really do. I’ll send some money tonight.”

“You’re not coming?” This time he sounded child-like, frightened.

“Can you at least tell me the new address?” I asked.

He told me. In the background I heard the sound of silverware hitting a floor.

“You better fucking express ship yourself,” he said.

I hung up the phone. I wrote a letter. I mailed the letter to Mars.

The test rockets have already landed, CNN reports. Their inhabitants have lived in our new Martian capital city for three days now. After all being declared medically sound, they are allowed to communicate with Earth.

The test group is 175 people, all Russians. Apparently the air tastes good out there, crops are growing, and the sun shines just as bright.

I am fascinated by everything. I am no longer a part of it, and there is an instant relief to my every thought, my every action. It is as if my friends are all pursuing some great and difficult profession I have no interest in. I cheer them on and live my life without competition.

A banner runs along the bottom of the screen and makes me laugh.

“It May Look Nice, But Life on Saturn is Impossible,” it reads.

Ten days into the test, a new disease is discovered. We are all terrified of diseases.

It is an allergic reaction of varying severity to the Martian sunlight as filtered through the manufactured atmosphere. The skin develops a mild sunburn-like rash, then stops absorbing nutrients and toughens like a hide. After a few days, the outer dermis dies and begins to fall off in leathery chunks, causing the sufferer to bleed out.

2 of the 175 Russians have the disease, which begins in small patches on the arms. They are calling it The Devil’s Spot. They do not know yet if it can become fatal.

It’s night, and I take the elevator up to the top floor of our offices and go out onto the roof. I wish them all luck, these scared Russians looking out on iron-dust.

“What about Saturn?” they are whispering. “How long would it take?”

I don’t have any answers for them. I take the elevator back down.

Two French surgeons, scheduled to leave for Mars next week and take over coordination of the first hospital, were kidnapped and hung from a bridge.

Everywhere in the city there are little powder-pink flyers. They appeared overnight and no one knows where they came from. “Don’t Give Up!” is all they tell us, “Don’t Give Up!”

I call William and offer him my ticket. He gets really quiet.

“What about your family?” he asks finally.

“They have another ticket,” I say. “My sister.”

“No!” he interrupts, “It’s not that. It’s just, I don’t know about this Mars idea anymore.”

“It’s not Disney World,” I say with my brother’s voice, “it’s the rest of your life. Is it the spot thing? Because I think they are probably blowing it out of proportion.”

“No,” he says softly. “I’m just tired. I don’t want to travel all that way. I’d rather just stay down here.”

Something in the air changes me, makes me new and whole. I laugh quicker, I sleep easier, I imagine the strangest things at the slightest provocation.

I go to work and accomplish nothing. My hardboiled intuition is gone, replaced with a singular ability to appreciate beauty.

We are all let go! Let us make for home one last time!

I leave everything behind but a picture of my sister and my briefcase. I open my office window and look out at the grey marvels we have made together in our time here. Birds the shape of men fly past me down, down, down.

The third lottery is done and I am standing in the park near my office, alone.

It feels like the day before summer. You might have stayed up all night studying for exams, or you might have just lain in bed. It doesn’t matter anymore. It is the feeling of expiration.

A hot, heavy hum comes through me. The ground breaks before my feet, and something clean and white and round births from the earth.

Up and up and up.

When the bubble surfaces, a group stumbles out, blinking their eyes at the sun.

They clap and dance around me. They hug my knees and chest, and beckon me with bone-pale fingers. I offer them sandwiches and they feast.

I tell them they are too late, the lotteries are over, the rockets are leaving. They shake their heads.

We’re going down, down, down into the earth they say, it has always been there, you simply have to see it. Bring your sandwiches and let’s go.

I tell them I will, but first I have to make a call.

DONALD COLLINS is a transgender advocate who thinks about Twin Peaks a lot. He is in the midst of finishing his screenwriting bachelor’s at Emerson College in Boston. This is his first published fiction. 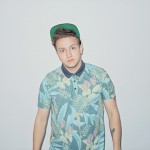