Details at Eleven by Kevin Lavey 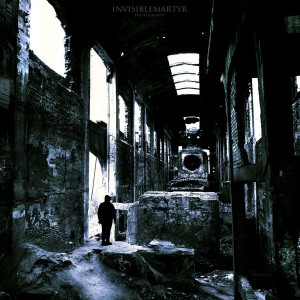 I had a job at Popeye’s.

I was saving money for Essex Community College. I wanted to be a chef.

I took a psychological test in high school that a counselor said would help me think about a career. I scored high in the areas of spatial intelligence and body kinesthetic. Which, the counselor said, is a hummer of a word. He said, “You’re good with your hands, right?”

I was stuck in the middle. My older sister at twenty-one was married to an Arab who ran the 7-Eleven on Eastern Boulevard. My dad and mother don’t think much of him, but he’s all right. They got a biscuit in the oven. I asked him where’s all his oil money. He said he’s Persian. Translation, please.

I got a younger brother who’s mean. He got into it with an assistant principal, knocked the man sideways to silly. He had to take the bus to the alternative school right up by the community college. Then he took two classes at night school. He got himself a girl who’s born again. He’s been going to bible study.

I was nineteen years old.

I read that they described me as gentle, passive, and likable.

I liked helping. My father taught me things: how to fix the muffler, how to sand down wood floors, how to hang drywall, how to diagnose plumbing problems. We should have opened our own business.

I drew up a plan for how to decorate the outside of the house for Christmas. Try to find which Santas, reindeers, Jesus scenes are just right, see how easy it is. Which lights are most effective. When I finished on December 16th and we powered up, my mother broke into tears.

I wasn’t that big into reading.

I built that birdhouse which to this day sits up in the front yard maple tree.

I was learning how to play the guitar.

I ran into Paul D. and Tommy at the 7-Eleven on Eastern where Ali worked as the manager.

I hadn’t seen Paul D. and Tommy in a year. More.

I said, sure, after they waved me over to smoke right there in the parking lot.

I went up to Ali when he came out telling us to get off his lot and talked him down.

I drove Paul D.’s car while he and Tommy rolled up some oregano which they sold to some dumbass middle school kids hanging near the fire station.

I listened while Paul D. told Tommy that I could become a useful asset.

I laughed it off when they told me to wipe the Popeye’s chicken grease out of my ears.

I spent the next few days wondering why I hooked back up with those two losers.

I was really after Paul D.’s sister, something you wouldn’t necessarily want to mention to him.

I also had a dream that I had one week to live. Cancer.

I’d about had it with the manager at Popeye’s.

I went with Paul D. and Tommy up to Wal-Mart off of Merritt Boulevard to buy a Winchester model 20-gauge shotgun the first week of November.

I never did any target practice with them before the first time.

I’m the one saw the guy first up on Harford Road. Later on, Paul D. seems to have claimed credit.

I was the driver.

I mean it took less than sixty seconds.

I liked it because it happened inside a silent bubble. One hundred and sixty dollars clean as a whistle. Nobody got hurt.

I took my brother roller skating two weeks before Thanksgiving. I thought, this is the life.

I stopped smoking weed with them. They thought that was funny.

I put in so many shifts at Popeye’s that week before Thanksgiving and I did such a good job, they gave me employee of the week.

I joined Paul D.’s sister and her three friends when I was on my break and they were sitting there eating fries. I brought them over a couple of Crawfish Baskets with the Boss sauce, which I played like I got for free but which I paid for. All of them were suitably impressed. Sodas all around.

I like Essex, there’s nothing wrong with it. I was born and raised there.

I got all types of family over there. Like I said, my brother who’s gone religious currently works at Donaldson’s Funeral Home off of Marlyn Avenue.

I got an uncle who owns a boat repair outfit way down on Back River Neck Road near the water. He told me he’d take me on last summer but then went and had himself a heart attack and had to take it easy.

I think of that one little thing of him having a heart attack. None of this would have happened.

I would right now be working toward something like master carpenter.

I got suspended without pay due to some missing boxes of thighs. Explain to me how I got implicated.

I helped stock them in the freezer and I know who took them.

I looked right into the manager’s eyes and said you’re suspending me and you know as well as me I had nothing to do with stealing them.

I listened while he said, well who did it then.

I thought, that’s how it works. Three of us get caught in the dragnet because of one thief. Who by the way didn’t get suspended along with us because he weaseled his way out of it.

I had too much time on my hands.

I ended up with Paul D. and Tommy on a Tuesday night.

I drank a beer with them but that wasn’t nothing. It wasn’t like I was drunk.

I listened to Tommy pissing and moaning about needing six hundred and forty seven dollars for engine work. He knew the mechanic which is the only reason he got to take his car off the shop lot.

I can’t explain to you why I didn’t walk out of Paul D.’s basement to never see them again.

I was with Tommy going toward Towson Town Mall. Paul D. for whatever reason wasn’t with us. Tommy said, all of this sucks, meaning what I don’t exactly know.

I said to him, why isn’t Paul D. part of this grand scheme?  He makes the plan and we’re his windup toys with a windup key sticking out of our backs like in a children’s fairy tale book?

I said it doesn’t feel right. Let’s tank it.

I heard him come up with, what’s he going to think. And that was all she wrote on that subject.

I don’t know if he had ever been over there.

I pointed us to the entrance of the mall.

I kept having to say, no, over there, go up that ramp.

I didn’t want to be on the scene for too long. I directed him toward what I considered a back area of the parking structure.

I said we need to get in and out.

I thought why not go to the top level, which we did.

I heard him say, that’s our bozo right over there.

I saw the guy with the bowtie and blue blazer crossing the lot from his car parked somewhere behind him.

I had the gun.

I saw him turn toward us then turn and look to the stairwell.

I said not so fast, mister.

I said give it up.

I thought Tommy slapping him did not do one bit of good. That’s a signature item from Paul D. Smacking the shit out of somebody will automatically do the job.

I saw the man tuck down whereas before Tommy smacked him he was hand patting himself trying to remember the whereabouts of his wallet.

I said to him, we do not intend to hurt you, mister.

I saw that he wasn’t thinking straight. Which is of course the exact moment Tommy chooses to slap him again this time down on the top of his head because he’s crouched. I watched the man straighten up and look toward the stairwell and the son of a piper was going to bolt.

I thought this is taking too long.

I thought I heard a car door slam somewhere behind us.

I stepped forward crowding his zone and said, mister, give us your wallet. But it didn’t register. I shot. I saw the lights go out in his eyes. The sound of the gun erupted from what seemed like heaven above.

I didn’t see Tommy start running for the car. He was halfway across the parking lot before I knew it.

I will be goddamned but he was going to leave me if I hadn’t caught up with him.

I said, let’s go over to Paul D.’s to which he replied that Paul D. would not want none of this.

I wanted to get back to normal. I felt like a great big eyeball of all time was staring at me.

I said, did you get his wallet at least.

I thought about it while he was speeding away like a fool: you don’t have anywhere to go now, do you, Einstein.

I realized it was a matter of time.

I actually had to listen to him say why did you shoot him, like he just happened to get wind of a plan he hadn’t heard about before.

I saw him drive away after leaving me off at Old Eastern. He drove south on Stemmers Run and turned left three blocks away which meant he was going over to Paul D.’s.

I mean where do I go now.

I went up by the grade school then walked around the high school where all of us went.

I could tell my mother knew something was off, but what was there to tell her. How about, guess what, today I killed a man wearing a bowtie because Tommy needed some engine work done on his car.

I stayed up and watched the news with them. My brother was at bible study until 9:30 and when he came home he went straight to bed.

I heard more than once leading up to the news, a private-school educator was killed in a parking lot at Towson Town Mall. Details at eleven.

I said to the judge, I am truly sorry for my actions. I have caused everyone a lot of pain and I wish I could explain why it happened.

I agreed to first degree felony murder. Life without the possibility of parole. The family didn’t want to mess around with years of appeals concerning the death penalty.

I will eventually forget what it’s like not to be state property.

I wonder how this could have happened.

I wonder where it was exactly I could have turned the switch to go a different direction.

Kevin Lavey has had stories published in print and online magazines, including Free State Review, Witness, Stickman Review, Zygote in My Coffee, Unlikely Stories, and The Lifted Brow. He has won two Maryland State Arts Council Individual Artist Awards for fiction. His novel, Rat, won a contest sponsored by RockWay Press, and it was subsequently published. In addition, he has won Maryland Writers’ Association contests for a novel and a short story. 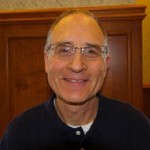